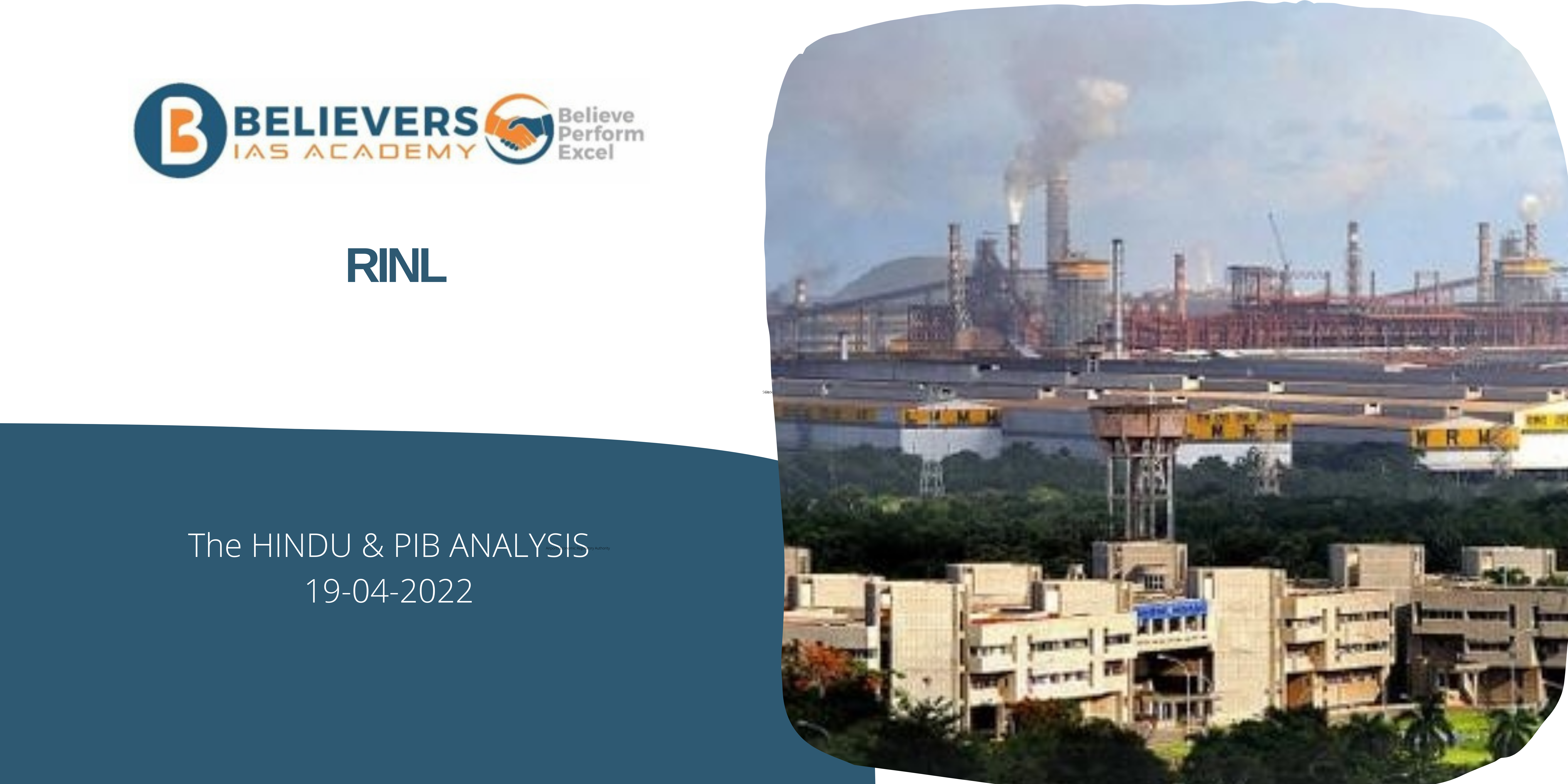 • Rashtriya Ispat Nigam Limited (RINL), the corporate entity of Visakhapatnam Steel Plant (VSP), registered the best ever performance since its inception.
• It recorded a sales turnover of ₹28,008 crore, which is almost 56 percent above the sales of its corresponding previous year. It also registered ₹835 crore as profit before tax, after a gap of six years.

• After the Union Government announced that the VSP was up for 100 percent strategic sale as it is a ‘loss making PSU’.
• There has been apprehension since then by the employees, trade union members who argue that the plant has the potential to become one of the leading producers in the country.
• The production capacity has also been improving since its inception which has now touched to 7.3 million tonnes per annum (MTPA).
• Many are of the argument that there is potential for the plant to touch production capacity of 20 million MTPA.

• The plant has never been allotted a captive iron ore mine by the Union Government till now.
• Due to that the plant is incurring additional costs on its production.
• Being the only shore based integrated steel plant in the country it has huge expansion capacity.