Role of Microbots in Health Sector 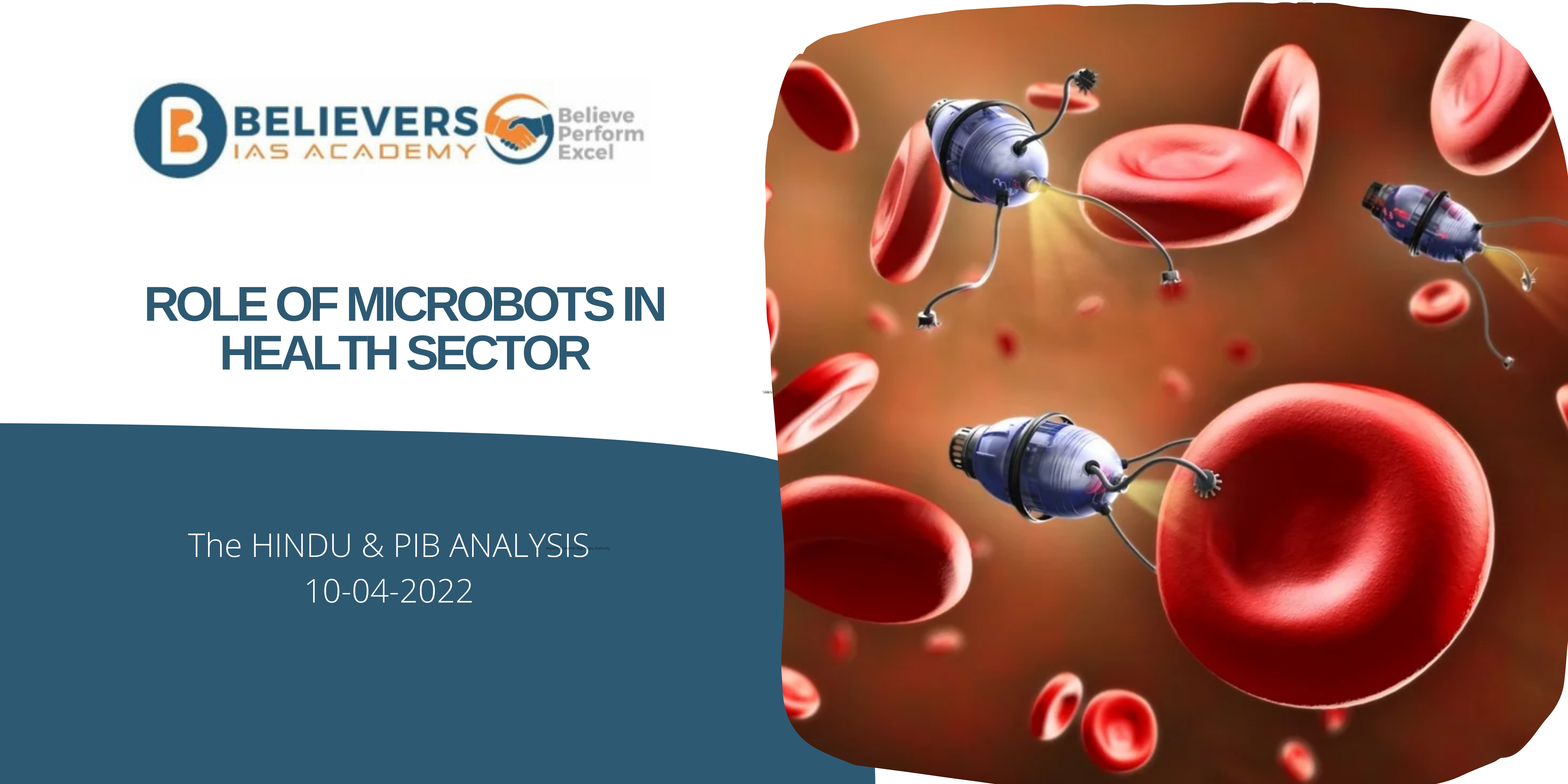 Role of Microbots in Health Sector

• Recent research in Germany aims at moving microbots into the bloodstream to deliver drugs.
How it works?
• The research has shown that it is possible to use light as a fuel to move microbots in real-body conditions with intelligent drug-delivery that is selectively sensitive to cancer cells.
• Made from the two-dimensional compound poly (heptazine imide) carbon nitride (aka PHI carbon nitride), these microbots are nothing like the miniaturised humans.
• They range from 1-10 micrometre (a micrometre is one-millionth of a metre) in size and can self-propel when energised by shining light.
• The PHI carbon nitride microparticles are photocatalytic. “Like in a solar cell, the incident light is converted into electrons and holes.
• These charges drive reactions in the surrounding liquid,” the charges react with the fluid surrounding them. This reaction, combined with the particle’s electric field, makes the microbots (micro-swimmers) swim.

• The body fluids and blood contain dissolved salts. When salts are present, the salt ions stop the reaction ions from moving freely as they will just bind or recombine with them and stop them.
• So all the chemically propelled swimmers can’t swim in solutions containing salts.