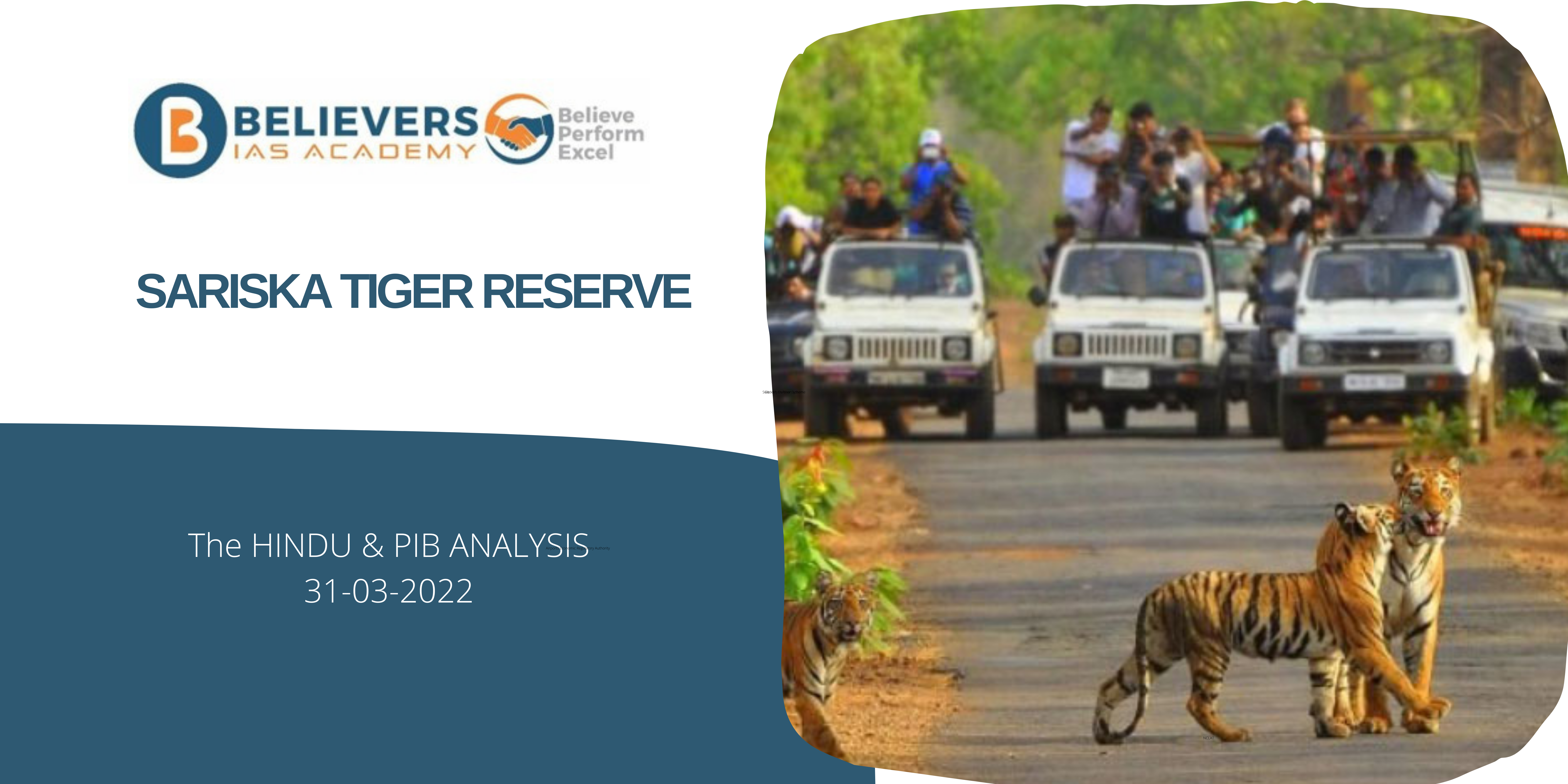 • Recently, there was a massive fire which broke out in the Sariska Tiger Reserve in the Alwar district of Rajasthan.
• The Indian Airforce has come into rescue, two IAF helicopters have been putting efforts to control the blaze by ferrying water from the nearby Siliserh Lake to spray over the forest.

• A variety of other wild animals like the leopard, sambhar, chital, nilgai, four-horned antelope, wild boar, rhesus macaque, langur, hyena and jungle cats are found in the Sariska Tiger Reserve apart from the tiger.
• The Sariska National Park is home to India’s largest population of peafowl, and harbours quail, sand grouse, golden- backed woodpeckers and crested serpent eagles, among other species.
• Also the Siliserh Lake on the edge of the park has a large number of crocodiles.
• The Sariska Wildlife Sanctuary houses the ruins of medieval temples of Garh-Rajor that date back to the 10th and 11th centuries.
• Also a 17th century castle on a hilltop at Kankwari provides a panoramic view of flying vultures and eagles. The Sariska was declared a sanctuary in 1955 and attained the status of a National Park in 1979.