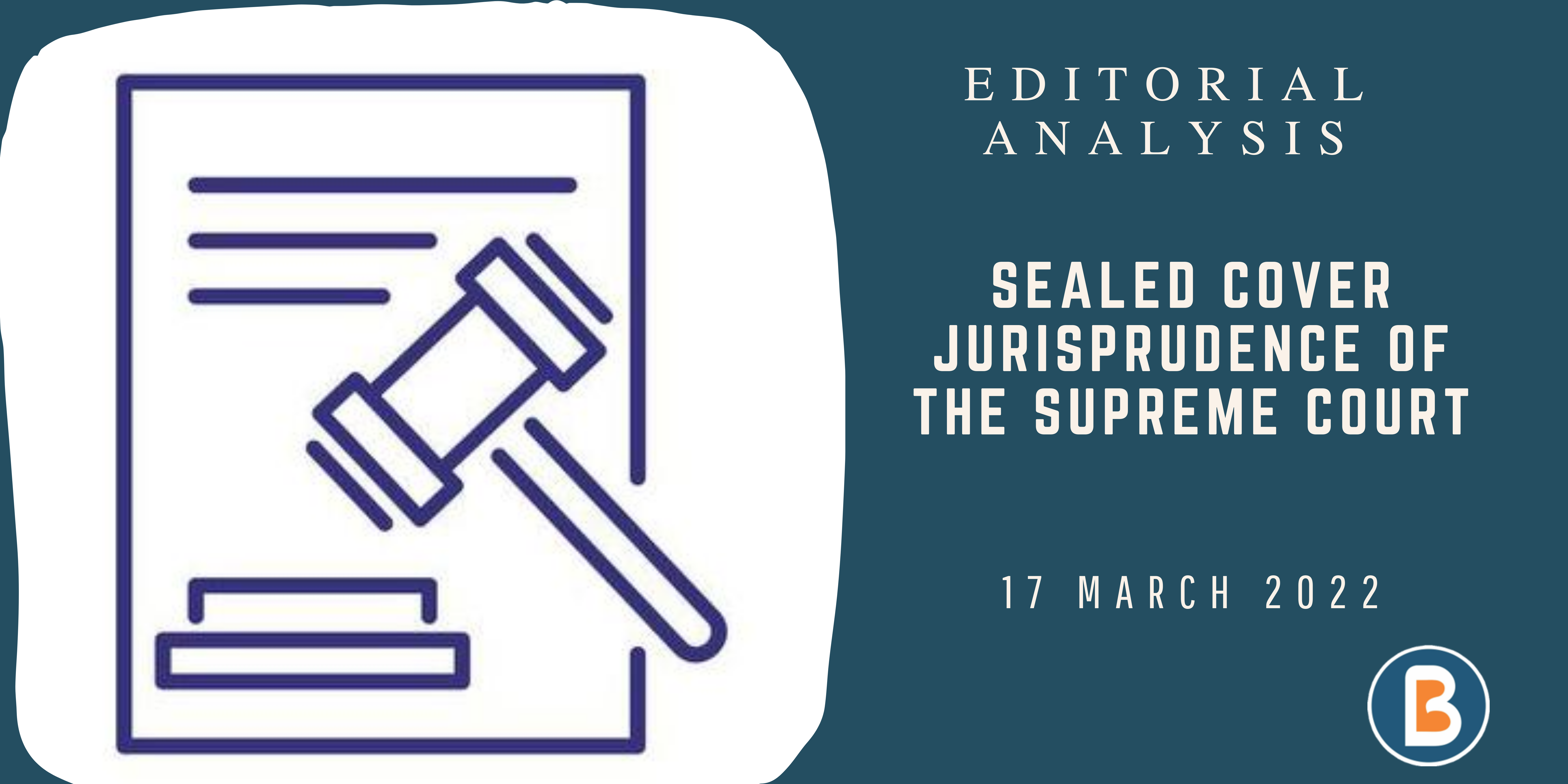 • While hearing a criminal appeal against the Bihar Government on Tuesday, Chief Justice of India (CJI) N.V. Ramana admonished a counsel for submitting a ‘sealed cover report’ to the court.
• The CJI asked the counsel to not submit the report in a sealed cover. “We will not accept it,” Justice Ramana remarked.

• Sealed cover jurisprudence is a practice used by the Supreme Court and sometimes lower courts, of asking for or accepting information from government agencies in sealed envelopes that can only be accessed by judges.
• The Supreme Court derives its power to use it from Rule 7 of order XIII of the Supreme Court Rules and Section 123 of the Indian Evidence Act of 1872.
• It is stated under the said rule that if the Chief Justice or court directs certain information to be kept under sealed cover or considers it of confidential nature, no party would be allowed access to the contents of such information, except if the Chief Justice himself orders that the opposite party be allowed to access it.
• It also mentions that information can be kept confidential if its publication is not considered to be in the interest of the public.
• As for the Evidence Act, official unpublished documents relating to state affairs are protected and a public officer cannot be compelled to disclose such documents.
• Other instances where information may be sought in secrecy or confidence are when its publication impedes an ongoing investigation, such as details which are part of a police case diary.

• Documents were examined in sealed cover in multiple prominent cases during the tenure of the former Chief Justice of India, Ranjan Gogoi.
• In the case pertaining to the controversial Rafale fighter jet deal, a Bench headed by Chief Justice Ranjan Gogoi in 2018, had asked the Centre to submit details related to the deal’s decision making and pricing in a sealed cover.
• This was done as the Centre had contended that such details were subject to the Official Secrets Act and Secrecy clauses in the deal.

• This practice is criticized for lack of transparency and accountability of the Indian justice system, as it stands against the idea of an open court, where decisions can be subjected to public scrutiny.
• It is also said to enlarge the scope for arbitrariness in court decisions, as judges are supposed to lay down reasoning for their decisions, but this cannot be done when they are based upon information submitted confidentially.
• What is further contested is whether the state should be granted such a privilege to submit information in secrecy, when existing provisions like in-camera hearings already provide sufficient protection to sensitive information.