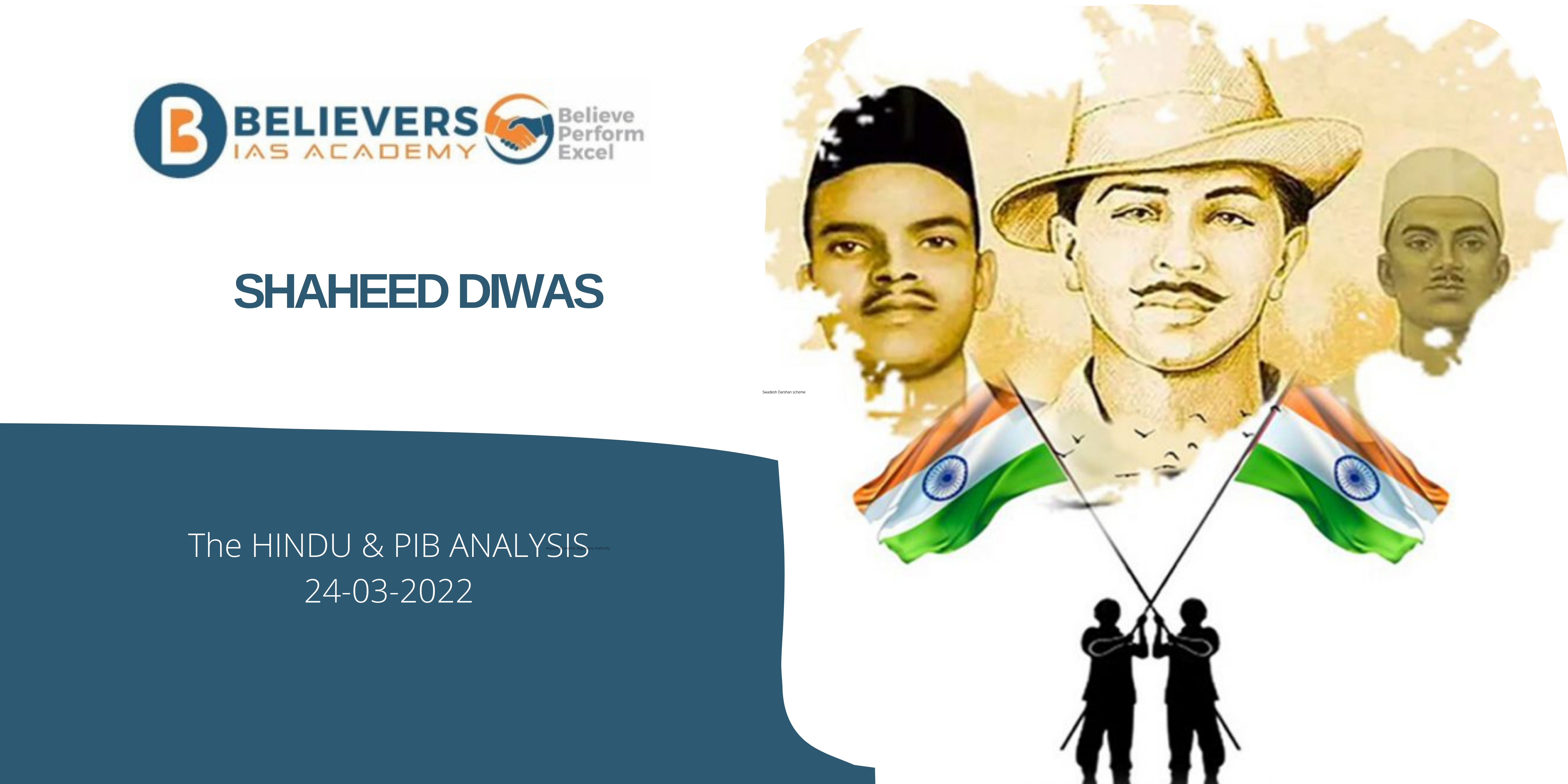 ·       The Prime Minister, Shri Narendra Modi has paid tributes to Bhagat Singh, Sukhdev and Rajguru on the occasion of the Shaheed Diwas.

·       Shaheed Diwas, also known as Martyrs’ Day, honours the valour and commitment of those who sacrificed their lives for the country.

·       On this day, freedom fighters Bhagat Singh, Shivaram Rajguru and Sukhdev Thapar were hanged to death by the British rulers of India in 1931.

·       The three young revolutionaries were arrested on a number of offences, including the 1928 murder of British police officer John Saunders.

·       They didn’t want to murder John Saunders, though. Superintendent of Police James Scott was their objective, as he had ordered his soldiers to lathi-charge protesters, resulting in the murder of Lala Lajpat Rai.

·       Bhagat Singh was an Indian revolutionary freedom fighter who was hanged to death by British colonisers at the age of 23 years. Fondly known as ‘Shaheed (martyr) Bhagat Singh’, he is considered a national hero of India’s freedom struggle against colonial rule.

·       They were apprehended afterwards. In the Lahore Conspiracy case, Singh and his revolutionary colleagues Rajguru and Sukhdev were hung on March 23, 1931.