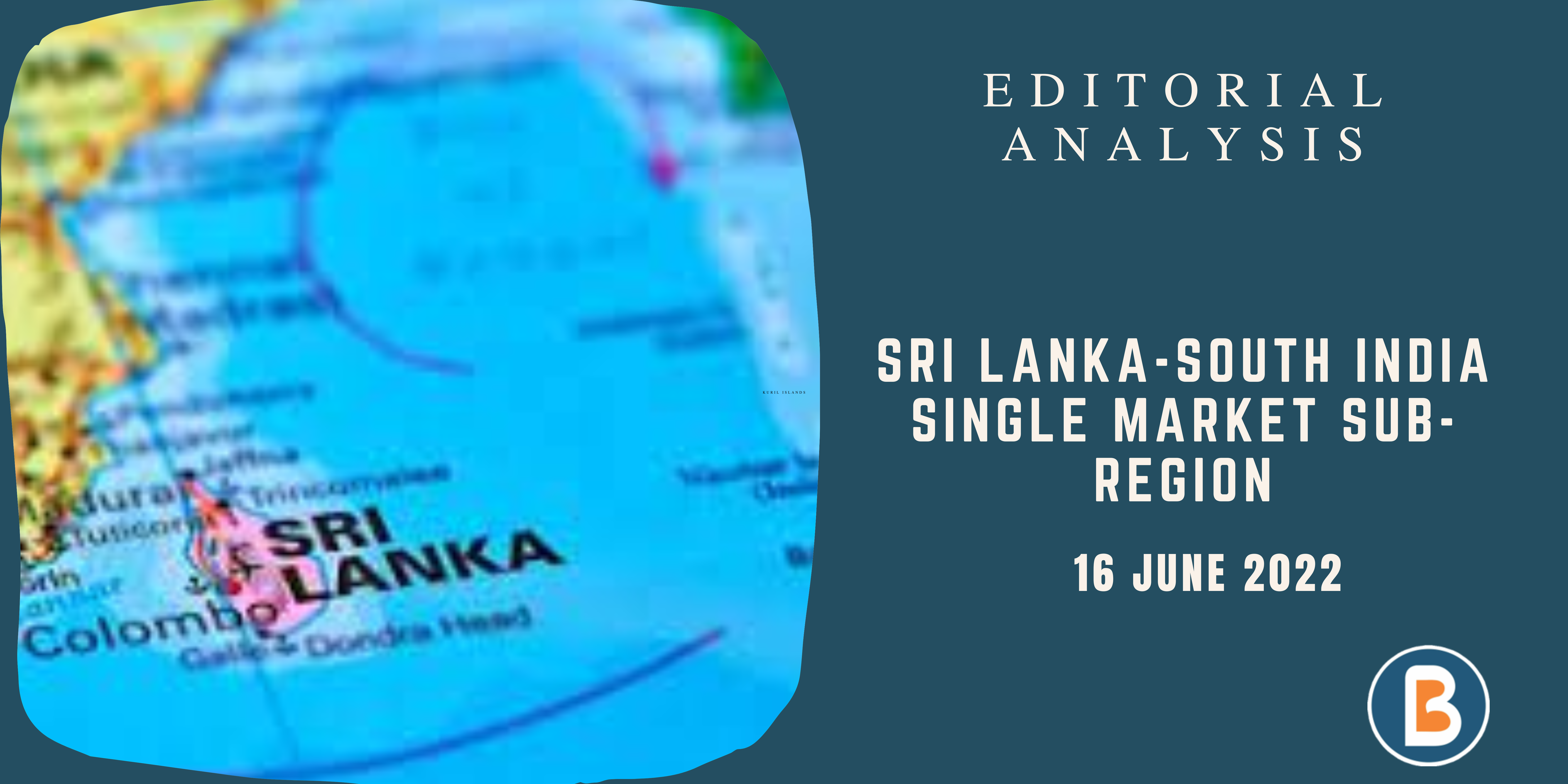 In a recent interview with an Indian TV channel, the Sri Lankan Prime Minister, Ranil Wickremesinghe, touched upon a less-emphasised yet significant aspect of India-Sri Lanka relations — the commonality between Sri Lanka and the southern parts of India.

In an August 2003 lecture in Chennai, Mr. Wickremesinghe proposed for the development of the south India-Sri Lanka sub-region as a unified market, which would provide additional prospects for both countries’ economic progress.

In 2016, while speaking at the South Asian Diaspora Convention in Singapore, he noted that the five southern Indian states, with a combined population of 250 million, had a combined gross state domestic product of nearly $450 billion; with Sri Lanka’s $80 billion GDP, the sub-economy region’s would be worth $500 billion, with a population of around 270 million.

He had also mentioned the tri-nation economic convergence in the Southeast Asian country, which included Singapore.

The present economic crisis in Sri Lanka has pushed it closer to India for immediate relief. For the last few months

How India responded in the recent crisis?

The most recent in the series was the signature on June 10 of a $55 million short-term line of credit arrangement between the Government of Sri Lanka and the Export-Import Bank of India to allow the buying of urea for paddy crop in the ongoing ‘Yala’ season.

Tamil Nadu, for its part, has committed to contribute a total of 123 crore in help, which will include 40,000 tonnes of grains, 137 types of life-saving medications, and 500 tonnes of milk powder.

This notion dates back to the invasion of Sri Lanka by monarchs from south India, who humiliated the Sinhala kings.

The Indian government’s assistance for Tamil separatists in the aftermath of the 1983 anti-Tamil pogrom only reinforced this impression.

Despite India’s avowed readiness to assist in the post-civil war development of Sri Lanka, its assistance has been limited.

The reason is not difficult to find. The Rajapaksa regime’s unilateral cancellation of a tripartite deal made in 2019 with India and Japan for the building of Colombo’s East Container Terminal in February 2021 reflected the historical baggage, while the official reason cited was opposition from workers’ unions.

Despite the fact that India was later given projects such as the West Container Terminal, the Trincomalee oil tank farm, and a couple of renewable energy projects, there were several proposals that included India but never saw the light of day.

India’s interests would also be served by expanding Sri Lanka’s east coast, particularly the Trincomalee-Batticaloa area, which has a well-known potential for tourist, commerce, trade, and industry.

Regular movement of persons and commodities on the traditional maritime routes of Thoothukudi-Colombo and Rameshwaram-Talaimannar should be allowed again at a suitable time.

Only by encouraging greater people-to-people connection will the fear of India in the eyes of elements of the Sinhalese majority be overcome.