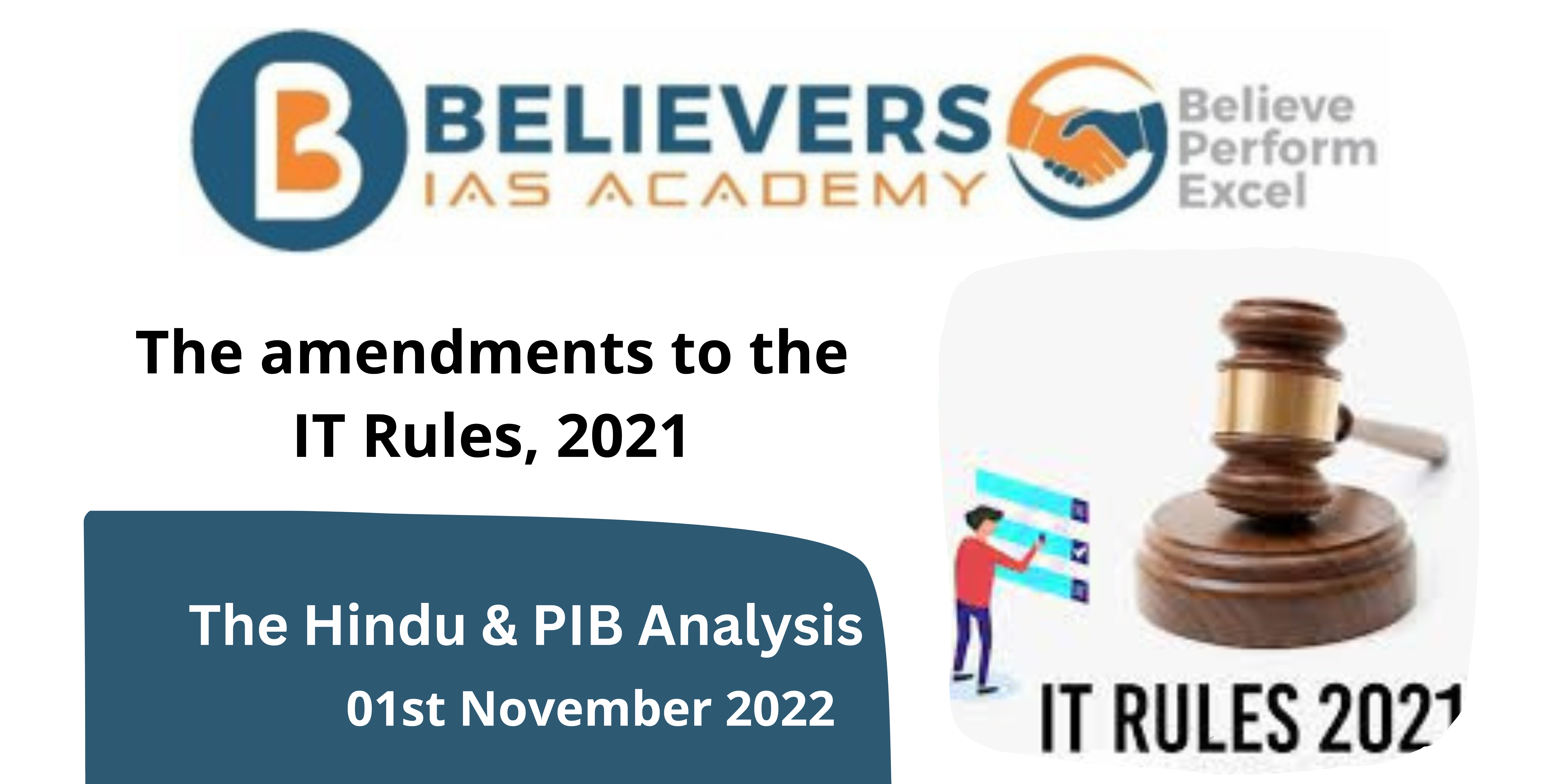 The Ministry of Electronics and IT (MeitY) has notified amendments to the Information Technology (Intermediary Guidelines and Digital Media Ethics Code) Rules, 2021 (IT Rules, 2021) on October 28.

The need to amend the IT Rules:

The aim of the amendment:

What are the new proposed amendments?

The proposed amendments can be broadly classified into two categories.

The additional obligations on SMIs: