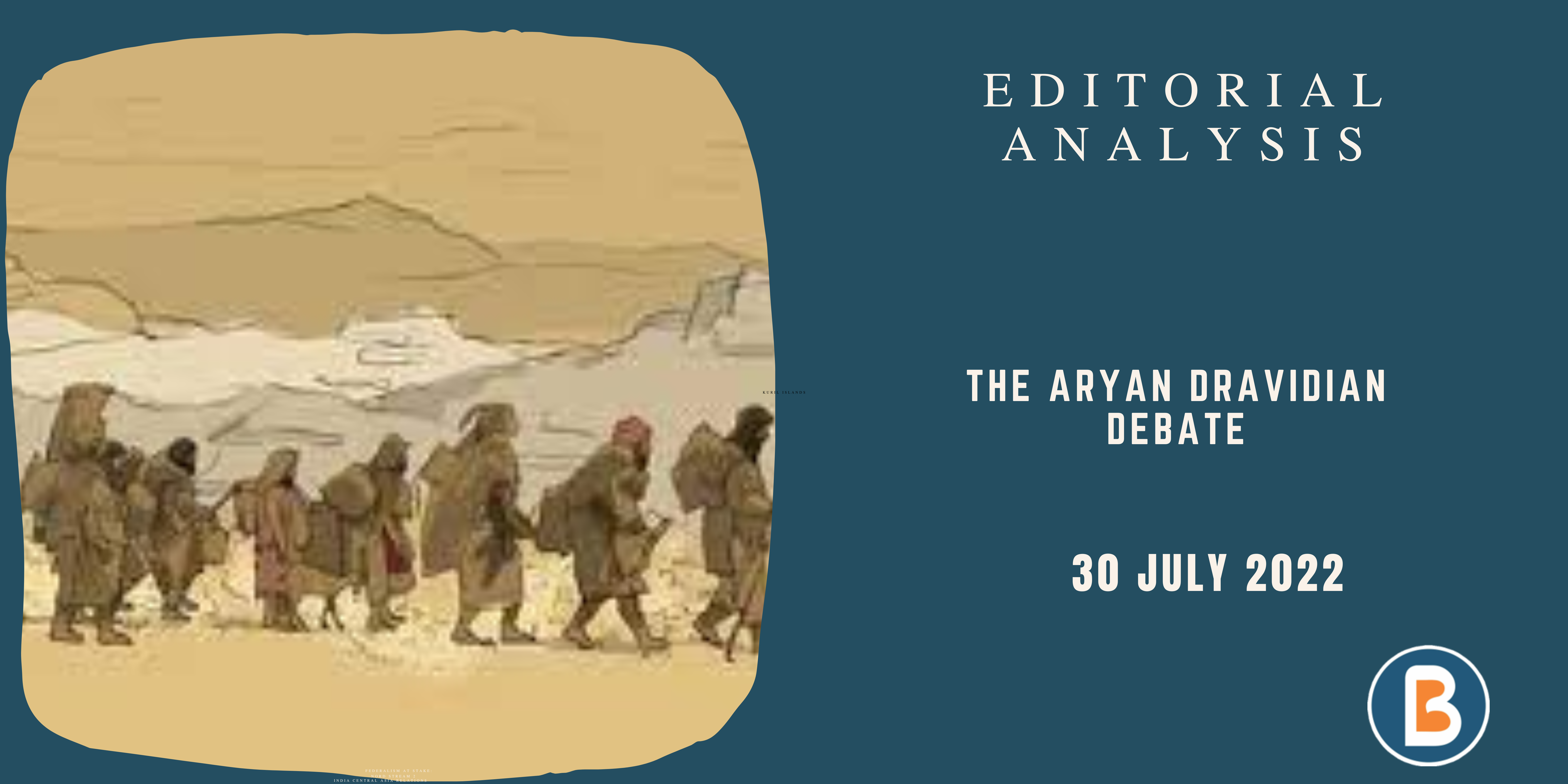 • The Tamil Nadu Governor’s statements regarding the Aryan Dravidian divide has invited criticism from across the country.

• P.T. Srinivasa Iyengar, a popular historian has never agreed to the view that Aryans and Dravidians were racially different.
• Though he held that cultural differences existed between the Vedic and non-Vedic people.
• According to P.T. Srinivasa Iyengar, a careful research of the vedas will let you know that the Vedic culture is so appropriate with the Indian soil and atmosphere that calling it of a foreign origin would be absurd.
• The Governor’s statement claiming that this Aryan Dravidian divide is of colonial origin has invited criticism.
• But we need to give a thought about the works of many scholars of India and foreign countries who still hold that the politics of the non-Brahmin movement and the modern rationalism of the self-respect movement all have deep roots in colonial thought.