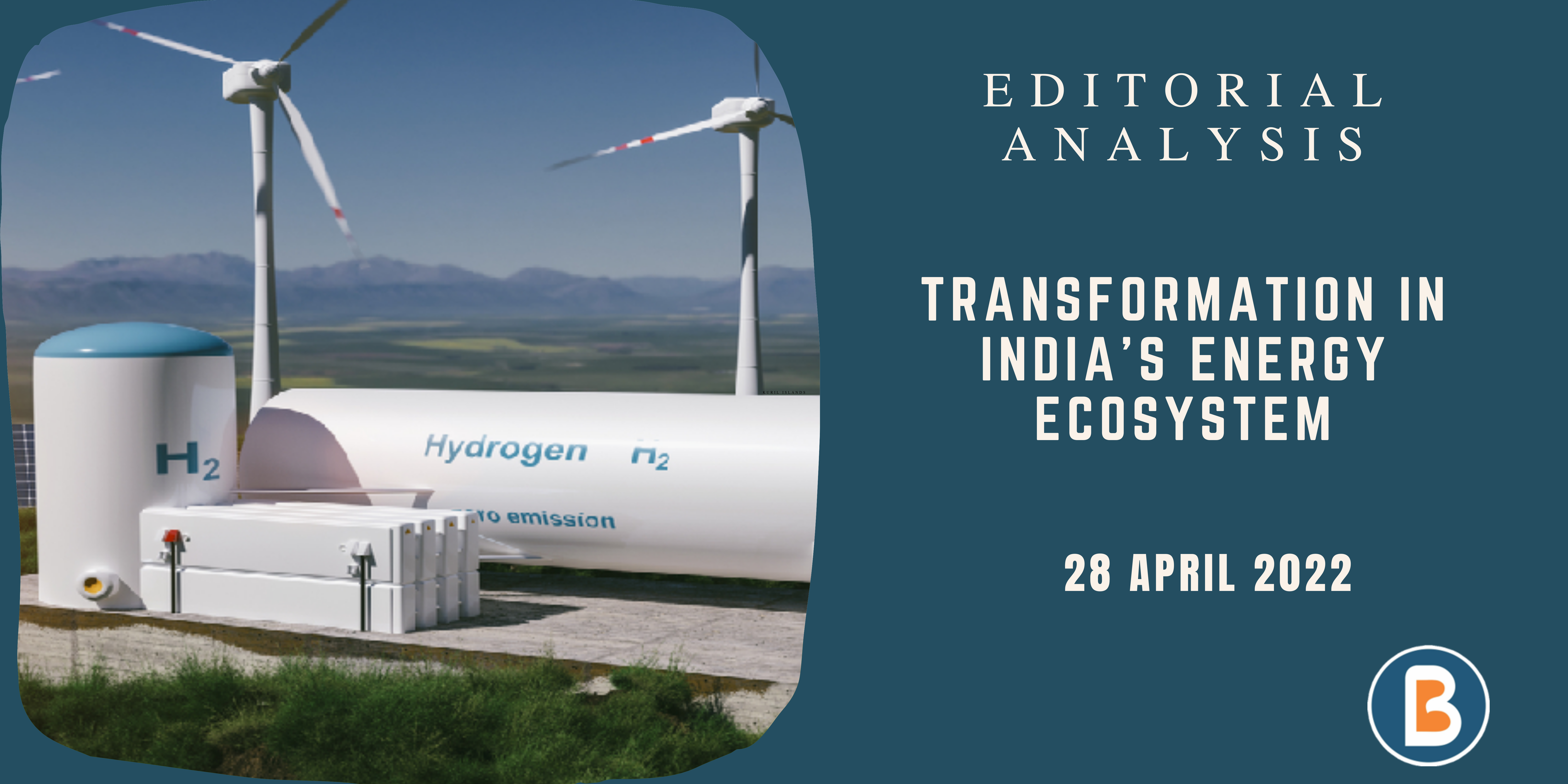 • India’s energy usage per capita is around a third of the global average and a twelfth of that of the United States.
• India’s energy appetite would be greatly increased by increased growth and economic prosperity, thus increasing its reliance on imports.
• This, combined with price volatility, as witnessed during the Russia-Ukraine crisis and the roller-coaster ride of energy prices from historic lows in 2020 to record highs in 2021, might represent a severe danger to our energy security, emphasising the unmistakable necessity to pursue energy independence.

Why hydrogen as an alternative?

• When compared to other sources of energy hydrogen can be stored in a huge scale and for longer durations.
• Hydrogen has a major role to play in the decarbonisation of India’s transport sector.
• The advantages of fuel cell vehicles over battery electric vehicles are faster fuelling and long-driving range thereby making them ideal for long-haul transportation which is a major constraint with Li-Ion batteries.
• In the Industrial segment, hydrogen has the potential to de-carbonise huge sectors such as iron and steel, copper, aluminum. • According to The Energy and Resources Institute (TERI), India’s hydrogen consumption was around 7 Mt in 2020 and is expected to jump to around 28 Mt in 2050.
• By 2050, we can predict a need of 35 Mt, assuming 25% export capacity. Based on this assumption, we may estimate that by 2050, India will require a total capacity of 192 GW to 224 GW of electrolysers, assuming that all of it is green hydrogen.

• The major challenge in producing hydrogen fuel is in its high production costs and scarcity of water.
• It is estimated that production of 1 kg of hydrogen by electrolysis requires around nine litres of water.