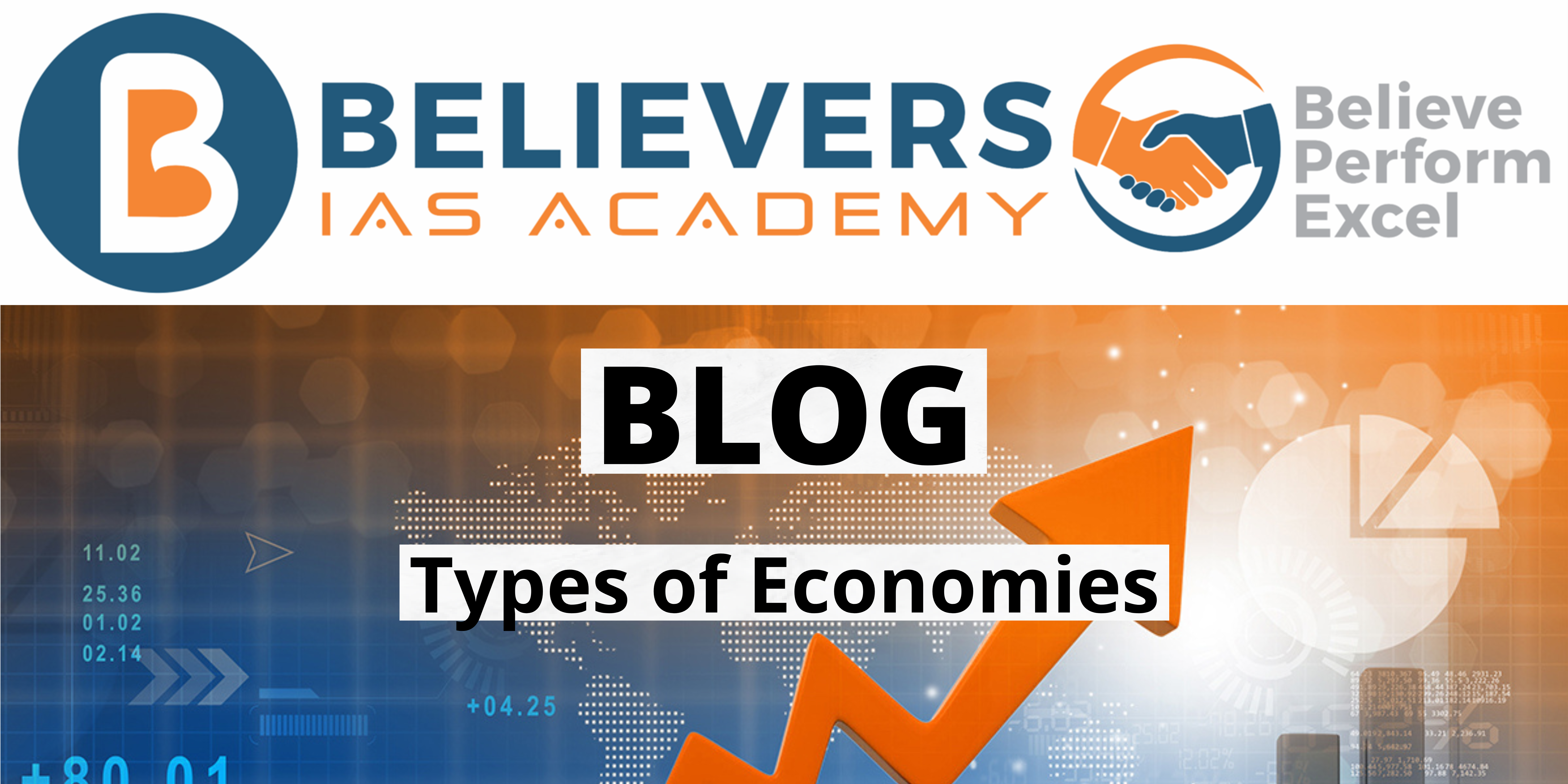 What is an economy:

Economic systems can be categorized into four main types, viz.

While mixed economies are fairly common around the world and offer many benefits, they also can have some weaknesses: