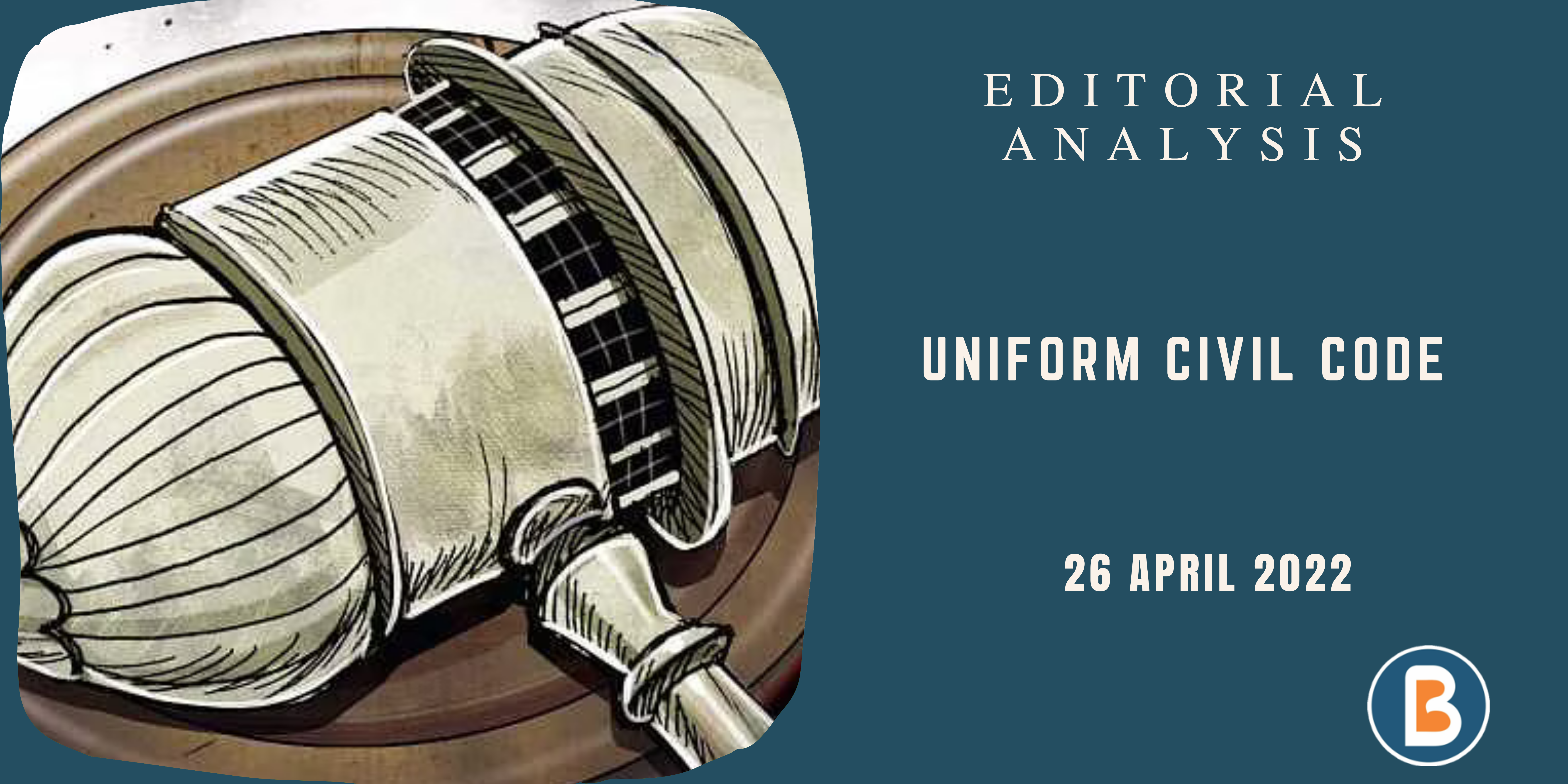 • Himachal Pradesh Chief Minister Jairam Thakur recently termed Uniform Civil Code a “good step”.
• He stated that his government was examining the matter closely and was open to implementing it.

What is Uniform Civil Code?

• Article 44 conforms to the Directive Principles of State Policy, which states that the state shall endeavour to provide a uniform civil code (UCC) for its citizens throughout India’s territory. • The UCC has its origins in colonial India, when the British government issued a report in 1835 emphasising the need for uniformity in the codification of Indian law relating to crimes, evidence, and contracts, and specifically recommending that personal laws of Hindus and Muslims be left out of such codification.
• Famous leaders like Jawaharlal Nehru and Dr. B.R. Ambedkar campaigned for a standard civil code during the constitution’s development.
• However, because to religious fundamentalist opposition and a lack of public understanding at the time, they included the UCC in the Directive Principles of State Policy (DPSP, Article 44).

What are the reforms?

• Dr. B R Ambedkar authored the Hindu Code Bill to change Hindu laws, which legalised divorce, outlawed polygamy, and provided daughters inheritance rights. Despite fierce opposition, a reduced form of the code was passed through four different statutes.
• The Hindu Succession Act of 1956 did not grant daughters inheritance rights in ancestral property at first. They could only ask for a sustenance from a Hindu family that lived together. However, on September 9, 2005, an amendment to the Act was passed, which eliminated the difference.
• The Hindu Marriage Act was enacted in the year 2000.
• The Minority and Guardianship Act.
• Special Marriage Act: It was enacted in 1954 which provided for civil marriages outside of any religious personal law.