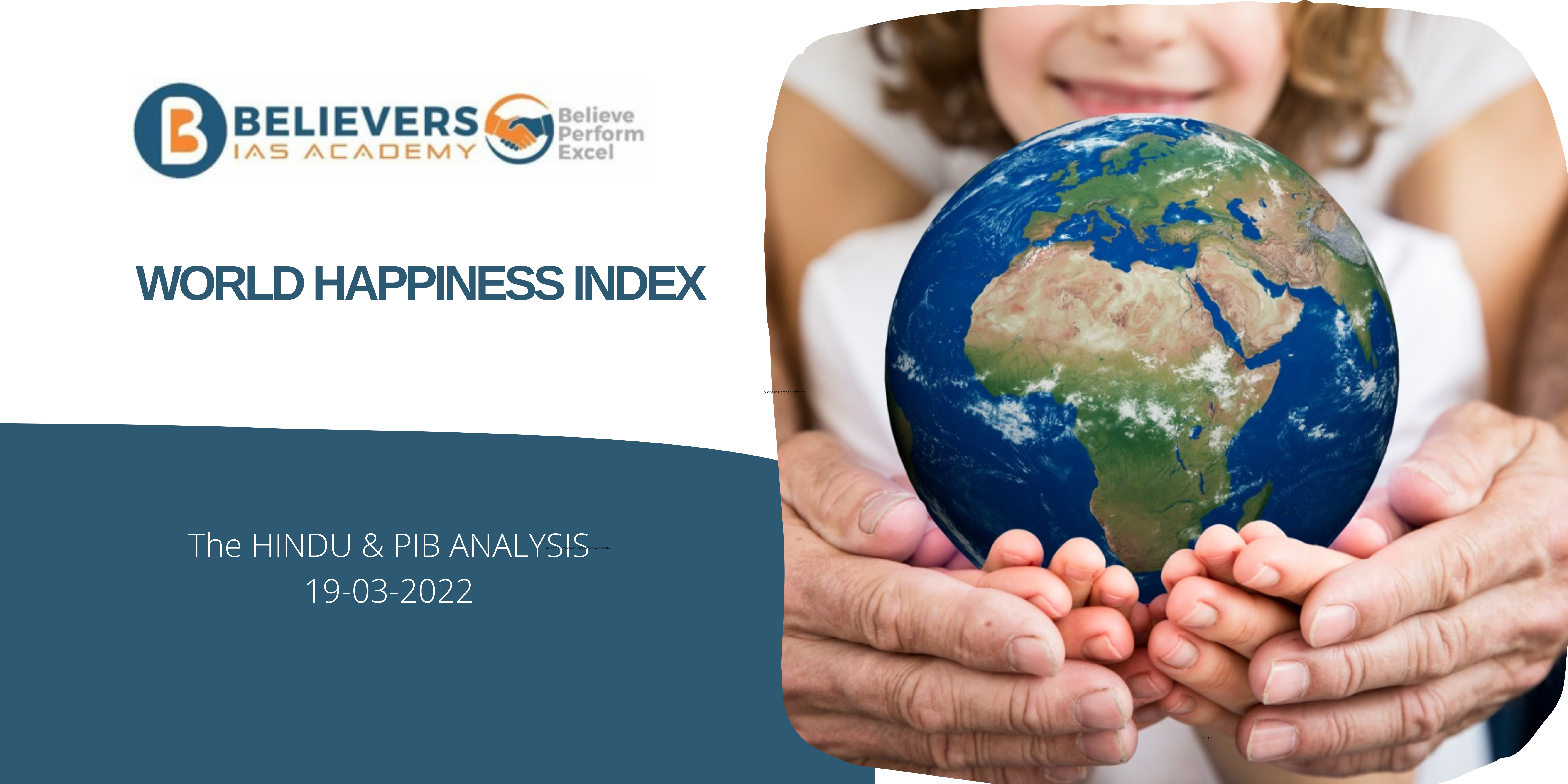 • Finland has been named the world’s happiest country for the fifth year running, in an annual UN-sponsored index that ranked Afghanistan as the unhappiest, closely followed by Lebanon.
• India has been ranked at 136 even below Pakistan which is at 121.

• The World Happiness Report, and much of the growing international interest in happiness, as documented in Chapter 3, exists thanks to Bhutan.
• They sponsored Resolution 65/309, “Happiness: Towards a holistic approach to development,” adopted by the General Assembly of the United Nations on 19 July 2011, inviting national governments to “give more importance to happiness and well-being in determining how to achieve and measure social and economic development.”
• The preparation of the first World Happiness Report was based at the Earth Institute at Columbia University, with the Centre for Economic Performance’s research support at LSE (the London School of Economics), and CIFAR (the Canadian Institute for Advanced Research), through their grants supporting research at the Vancouver School of Economics at UBC (the University of British Columbia).
• The central base for the reports since 2013 has been SDSN (Sustainable Development Solutions Network) and CSD (the Center for Sustainable Development) at Columbia University, directed by Jeffrey D. Sachs.
• Although the editors and authors are volunteers, there are administrative, and research support costs covered most recently through a series of grants from The Ernesto Illy Foundation, illycaffè, Davines Group, Unilever’s largest ice cream brand Wall’s, The Blue Chip Foundation, The William, Jeff, and Jennifer Gross Family Foundation, The Happier Way Foundation, and The Regenerative Society Foundation.
• Although the World Happiness Reports are based on a wide variety of data, the most important source has always been the Gallup World Poll, unique in its range and comparability of global annual surveys