An Overlook into the Jahangirpuri Incidents 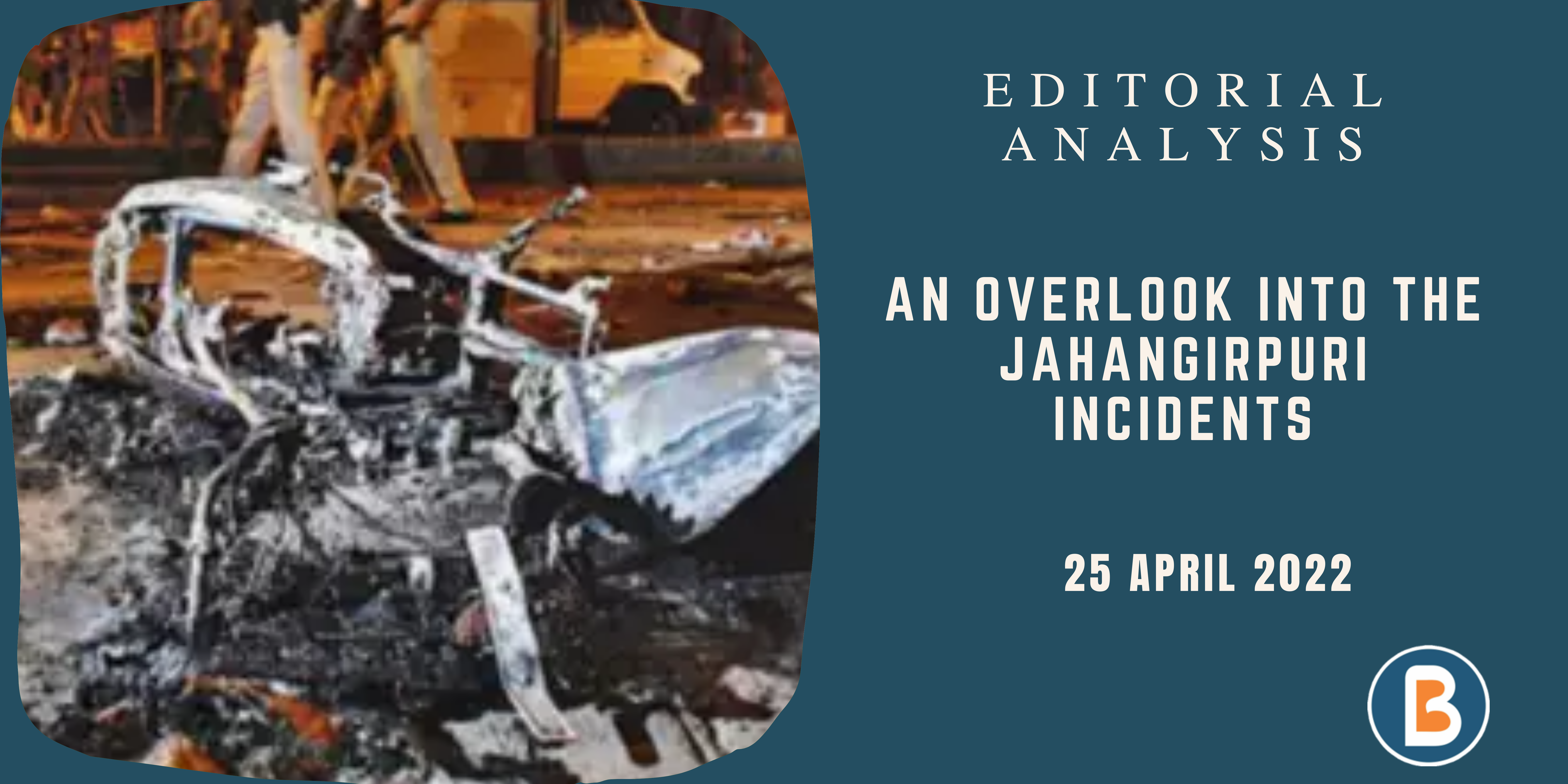 An Overlook into the Jahangirpuri Incidents

• Recently, in the Southwest Delhi region named Jahangirpuri everyone witnessed the destruction of buildings, petty shops, and the entrance gate of a mosque by a fleet of bulldozers. • The NDMC’s claim that the demolition was part of a campaign against “illegal encroachments” appears to be a legal ruse to hide its more nefarious actions.
• Because the bulk of urban dwellers live on the edge of legality, the binary of legal and illegal settlements has limited relevance in Delhi and much of urban India.
• According to the Delhi Economic Survey 2008-09, only roughly 24% of the city’s population lives in “planned colonies,” with the remainder living in “unplanned” areas ranging from jhuggi jhopdi clusters to unauthorised colonies.
• The Delhi 2041 Draft Master Plan acknowledges the city’s informality by stating that such unplanned neighbourhoods have “developed as high density, mixed-use centres, giving inexpensive housing options.”

• People create claims to property through various legal, political, and documentary ways within the web of such urban informality.
• Since the 1970s, the state has launched several waves of “unauthorised colonies” regularisation.
• The Union Government introduced the PM-UDAY (Unauthorised Colonies in Delhi Awas Adhikar Yojana) scheme in the run-up to the 2020 Delhi Assembly elections, which grants property rights to residents of unauthorised colonies.

• The judiciary has reinforced residents’ rights against eviction in addition to natural justice considerations.
• The Delhi High Court held in Ajay Maken vs Union of India (2019), a case involving the legality of the demolition of Shakur Basti, that no authority may carry out an eviction without conducting a survey, consulting the population it seeks to evict, and providing adequate rehabilitation for those who are eligible.
• The court found that slum-dwellers have a right to housing and should be safeguarded from forced and unannounced evictions, citing international law’s “Right to the City” and “Right to Adequate Housing.”