An Overlook on Indian Railways 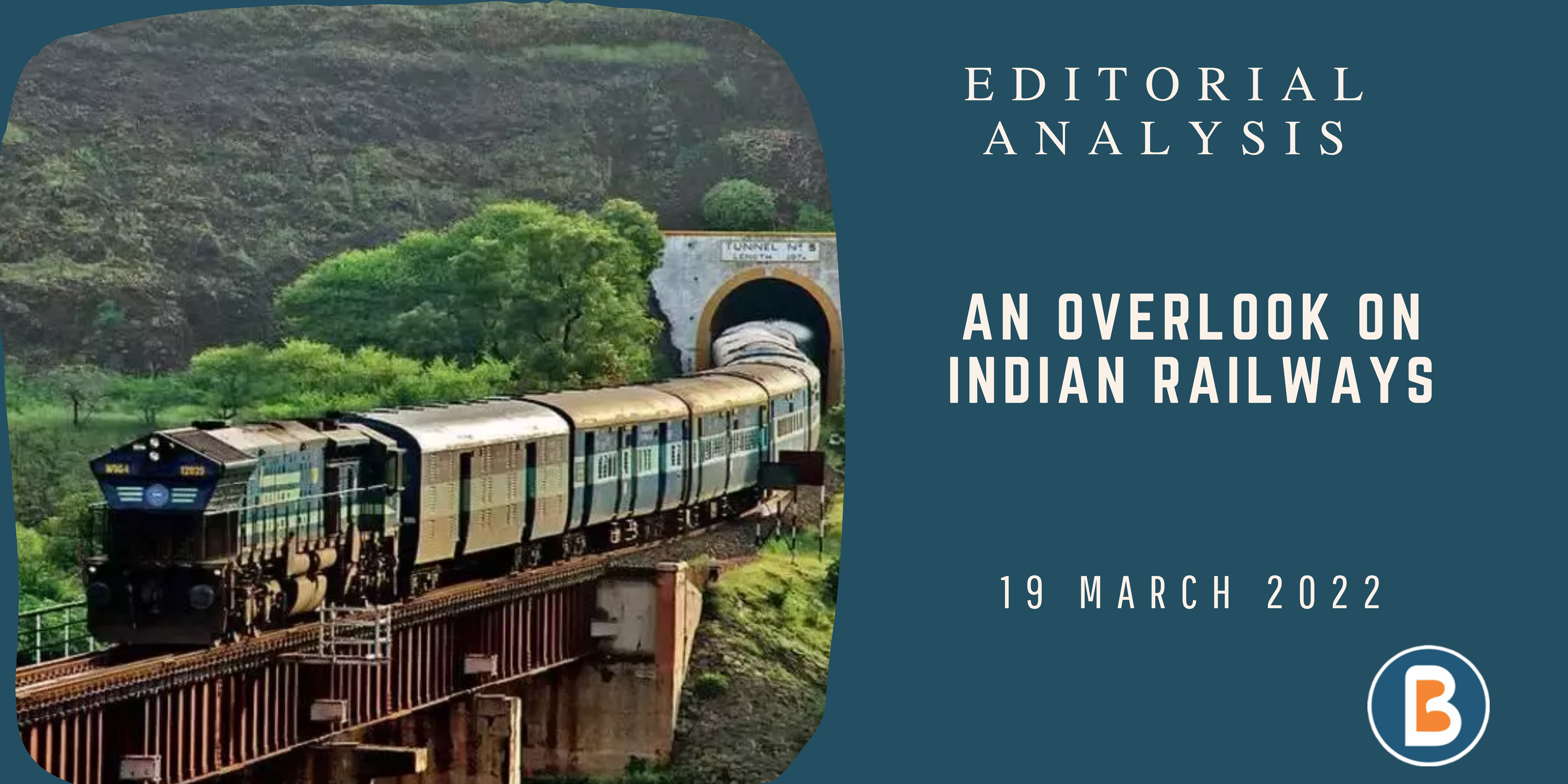 An Overlook on Indian Railways

• The introduction of new set of trains into the Indian railways such as Vande Bharat Express, Vistadome coaches and improvisation of the Railway stations to airport standards have changed the image of the Indian Railways.
• But there are some fundamental issues pertaining to railways which has to be relooked by the policy makers.

• It is the only Ministry of the Government of India which fully meets its own expenditure.
• It is that part of the government which generates revenue, so it suffers from an dilemma of identity whether it is a earning entity or government department serving the public.
• There is the recent trend that the Government is pursuing to invest heavily in projects with long gestation periods — examples are line doubling and new lines and 100% electrification (not all of which are viable) — financed by heavy institutional/market borrowings,
• This sends a signal that the organization has switched to a policy of heavy investments toward capacity expansion to be in a ready state to meet future traffic needs.
• Revenue generation, at least in the short term, will, therefore, lag the working expenses which include repayment of loans/lease charges, that are skyrocketing, with a drastic reduction in internal resource generation.

• The Eighth Pay Commission which is due by 2025-26, is bound to strain the finances in the future.
• With earlier experience in the airline sector, the ministry should be cautious about the financial health of the Railways.
• The investment policies must be spelt out clearly keeping in mind the market realities.

Change in the Administrative Architecture:

• A major and common challenge faced by various departments in India is the departmentalism that hampers the decision making.
• In this context it is important to note that the changes which was made in the year 2019 to do away with some of the decades old system.
• An integrated Indian Railway Management Service was created in recruitment instead of recruiting the officers through eight organized Group A services.
• After a delay of more than two years, the formation of IRMS was officially notified on February 9, 2022, followed by the announcement of a nearly 40% reduction in the ‘Group A’ cadre strength under the IRMS.
• More significantly, it was also notified that recruitment would be through the CSE.
• The purported argument advanced for this astonishing decision is that, even now, about 70% of the candidates who qualify in the CSE are engineers and, therefore, there is no need to hold a separate examination for the IRMS