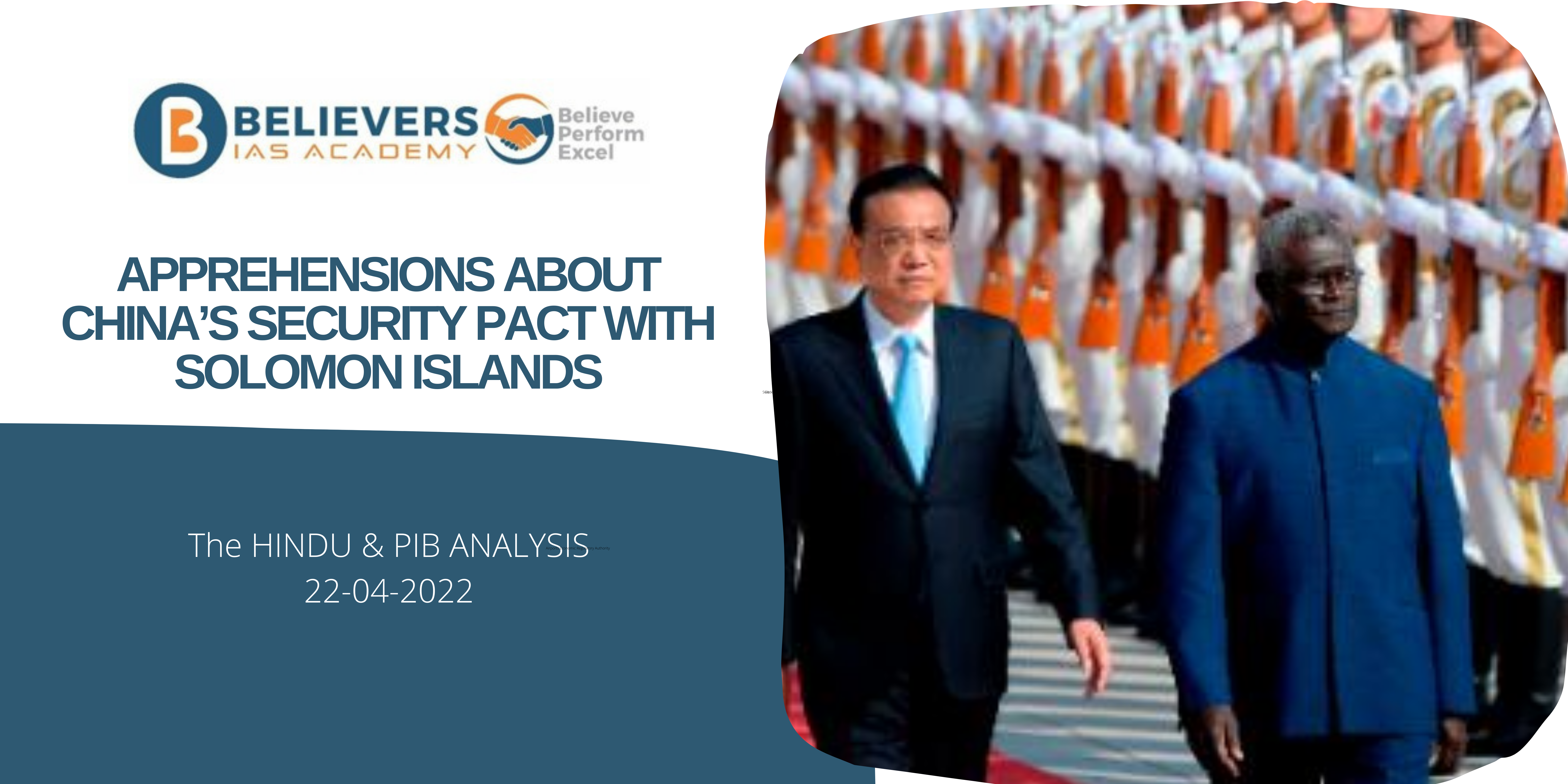 • The signing of the security pact between China & Solomon Islands has invited criticism from countries such as USA & Australia.

• This agreement between China & Solomon Islands is seen as a first of its kind arrangement with any other country.
• And this has also exposed China’s ambition of becoming a key player in the Pacific region.
• There are doubts that the Chinese may exploit this opportunity to establish its military bases in the region.
Why opposition from the US?
• Chinese presence in this region which is very close to Australia and Guam, US has a naval base in Guam.
• As the agreement contains a provision where Solomon Islands can request for police and military personnel to assist in maintaining the social order.
• So, the Chinese military presence in the region will give rise to power tussle between the two giants in this region.