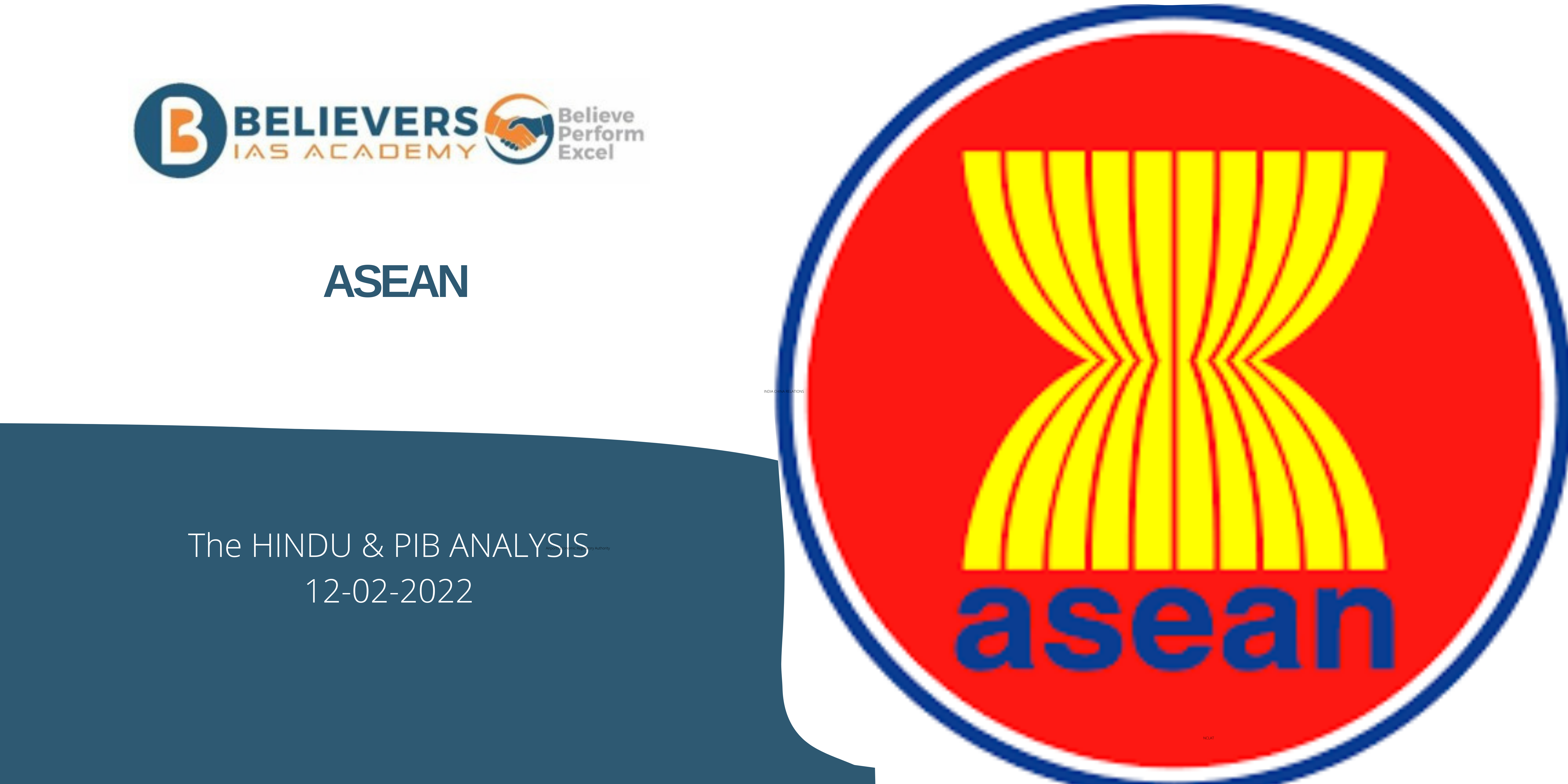 • India is in discussion with the 10-nation bloc ASEAN for initiating the review of the FTA (free-trade agreement) in goods between the two regions to seek more market access for domestic products.

• It is a pact between two or more nations to reduce barriers to imports and exports among them.
• Under a free trade policy, goods and services can be bought and sold across international borders with little or no government tariffs, quotas, subsidies, or prohibitions to inhibit their exchange.
• The concept of free trade is the opposite of trade protectionism or economic isolationism.

• The Association of Southeast Asian Nations is a regional organization which was established to promote political and social stability amid rising tensions among the Asia-Pacific’s post-colonial states.
• The motto of ASEAN is “One Vision, One Identity, One Community”.
• ASEAN Secretariat – Indonesia, Jakarta.

• Established in 1967 with the signing of the ASEAN Declaration (Bangkok Declaration) by its founding fathers.
• Founding Fathers of ASEAN are: Indonesia, Malaysia, Philippines, Singapore and Thailand.

Significance of ASEAN for India:

• Against the backdrop of aggressive moves by China, including the Ladakh standoff, India placed the ASEAN at the centre of India’s Act East policy and held that a cohesive and responsive ASEAN is essential for security and growth for all in the region.
• ASEAN is necessary for the success of the Security And Growth for All in the Region (SAGAR) Vision.
• The region is significant for diversification and resilience of supply chains for post-Covid-19 economic recovery.
• It is India’s 4th largest trading partner with about USD 86.9 billion in trade.