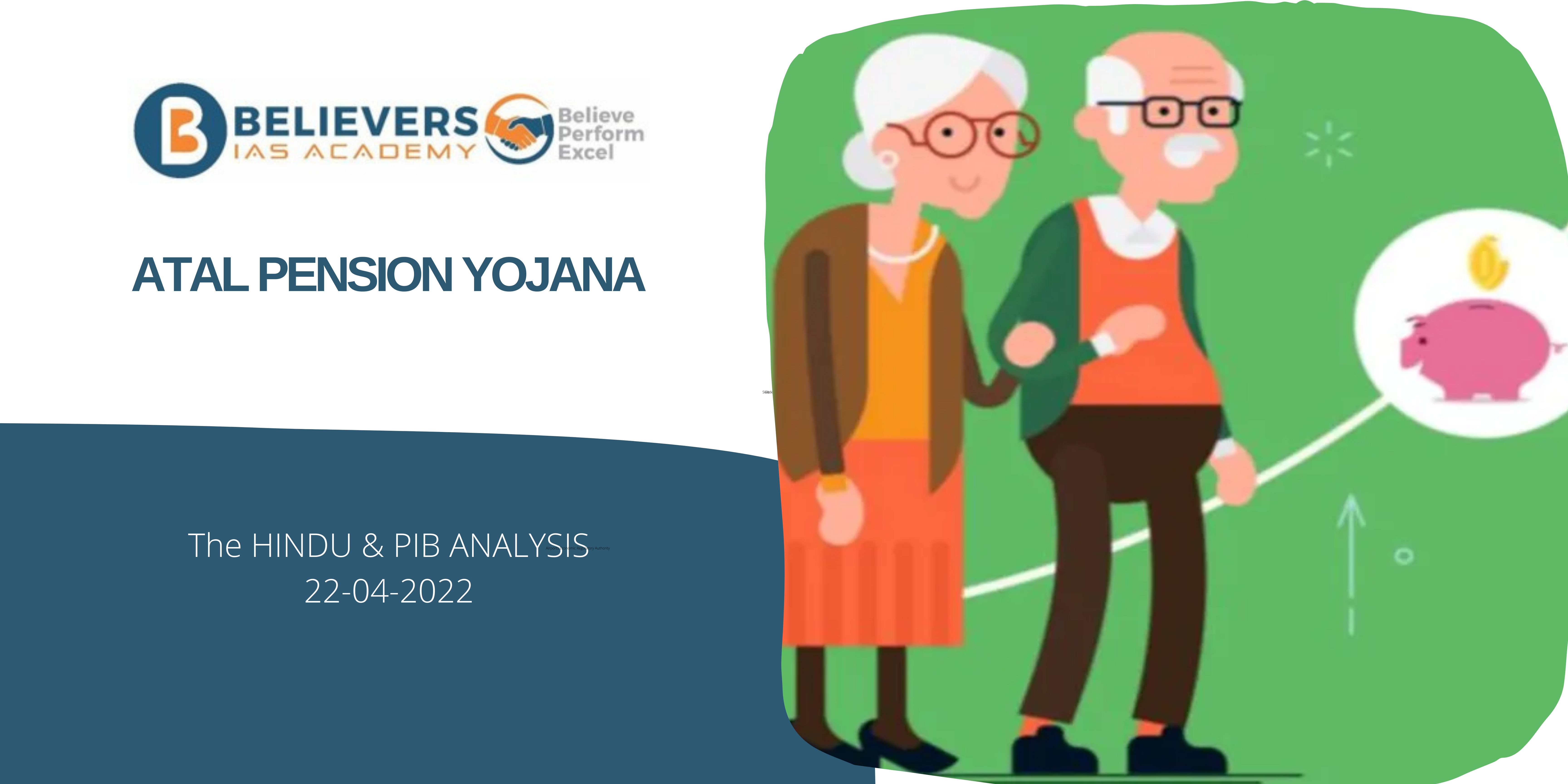 • The total enrollments under APY Scheme have crossed 4.01 crore as on March 2022 out of which more than 99 lakh APY accounts were opened during FY 2021-22.
• The scheme had seen this tremendous success due to the active participation of all categories of Banks.

• Atal Pension Yojana, formerly known as Swavalamban Yojana is a government-backed pension scheme in India, primarily targeted at the unorganised sector.
• Atal Pension Yojana (APY) addresses the old age income security of the working poor and the longevity risks among the workers in unorganised sector.
• It encourages the workers in unorganised sector to voluntarily save for their retirement.
• The Government had launched the scheme with effect from 1st June, 2015.
• The scheme replaces the Swavalamban Yojana / NPS Lite scheme.
• Under the scheme, a subscriber would receive a minimum guaranteed pension of Rs 1,000 to Rs 5,000 per month, depending upon his contribution, from the age of 60 years.
• The same pension would be paid to the spouse of the subscriber and on the demise of both the subscriber and the spouse, the accumulated pension wealth is returned to the nominee.