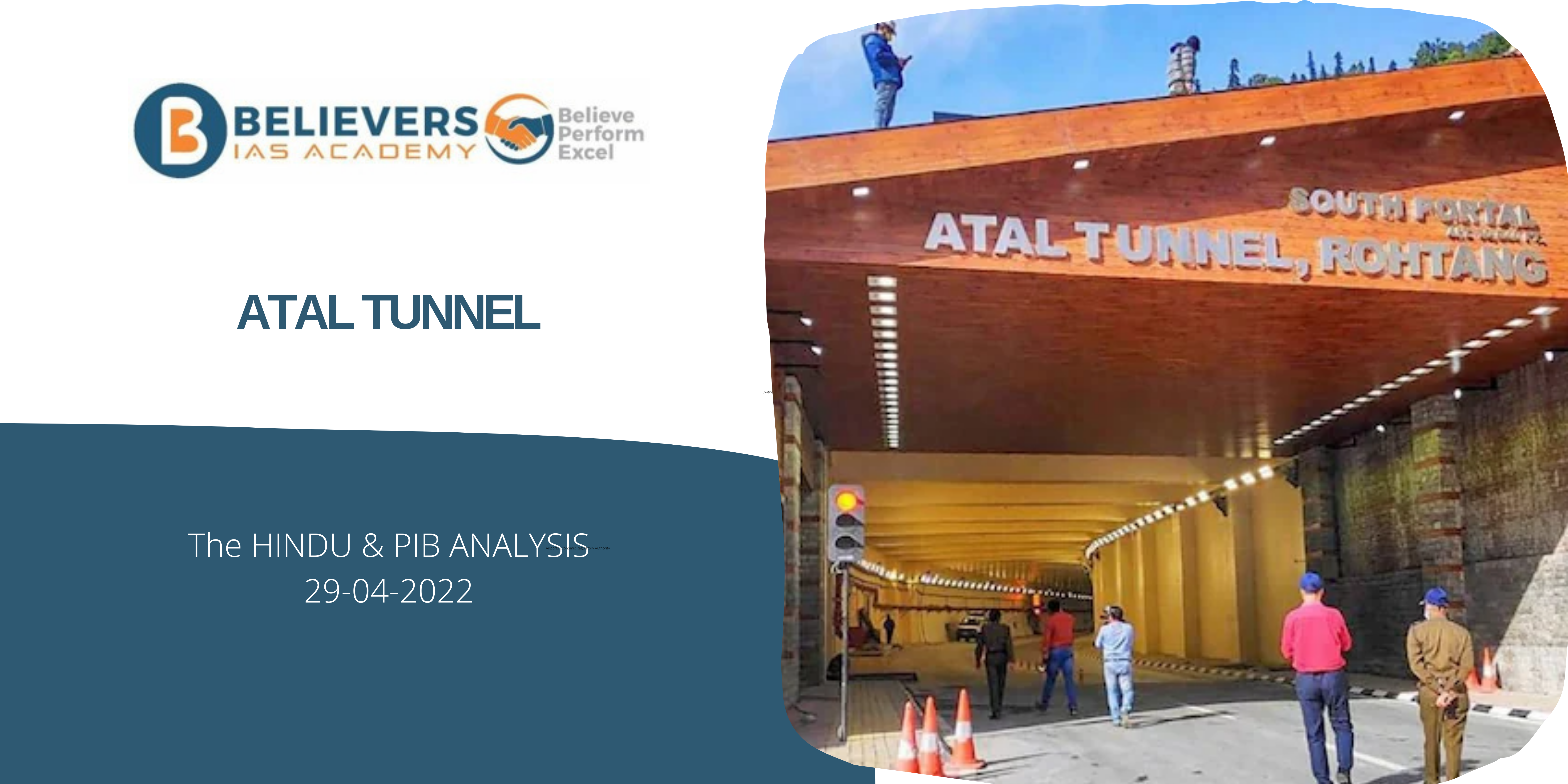 • Atal Tunnel built in Rohtang of Himachal Pradesh is an engineering marvel connecting Manali to the Lahaul-Spiti Valley.
• He stated at the time that the tunnel, in addition to delivering a strategic benefit to the Armed Forces by providing an additional route to the important Ladakh Sector, has also been a boon to the population of Himachal Pradesh’s Lahaul & Spiti District.
• The region has seen an unparalleled surge in visitor arrivals, and in less than a year, the valley and the state have seen exponential growth in the socio-economic spheres, with the Atal Tunnel set to play a key part in the region’s future development.
• The New Austrian Tunneling Method was used to construct the tunnel (NATM). • Cutting through the Pir Panjal range, the tunnel will reduce the distance between Manali and Leh by 46 km.
• The Rohtang Pass, to which the tunnel provides an alternate, is located at a height of 13,050 feet, and a journey from Manali Valley to Lahaul and Spiti Valley, which normally takes around five hours to negotiate, would now be completed in little over ten minutes.