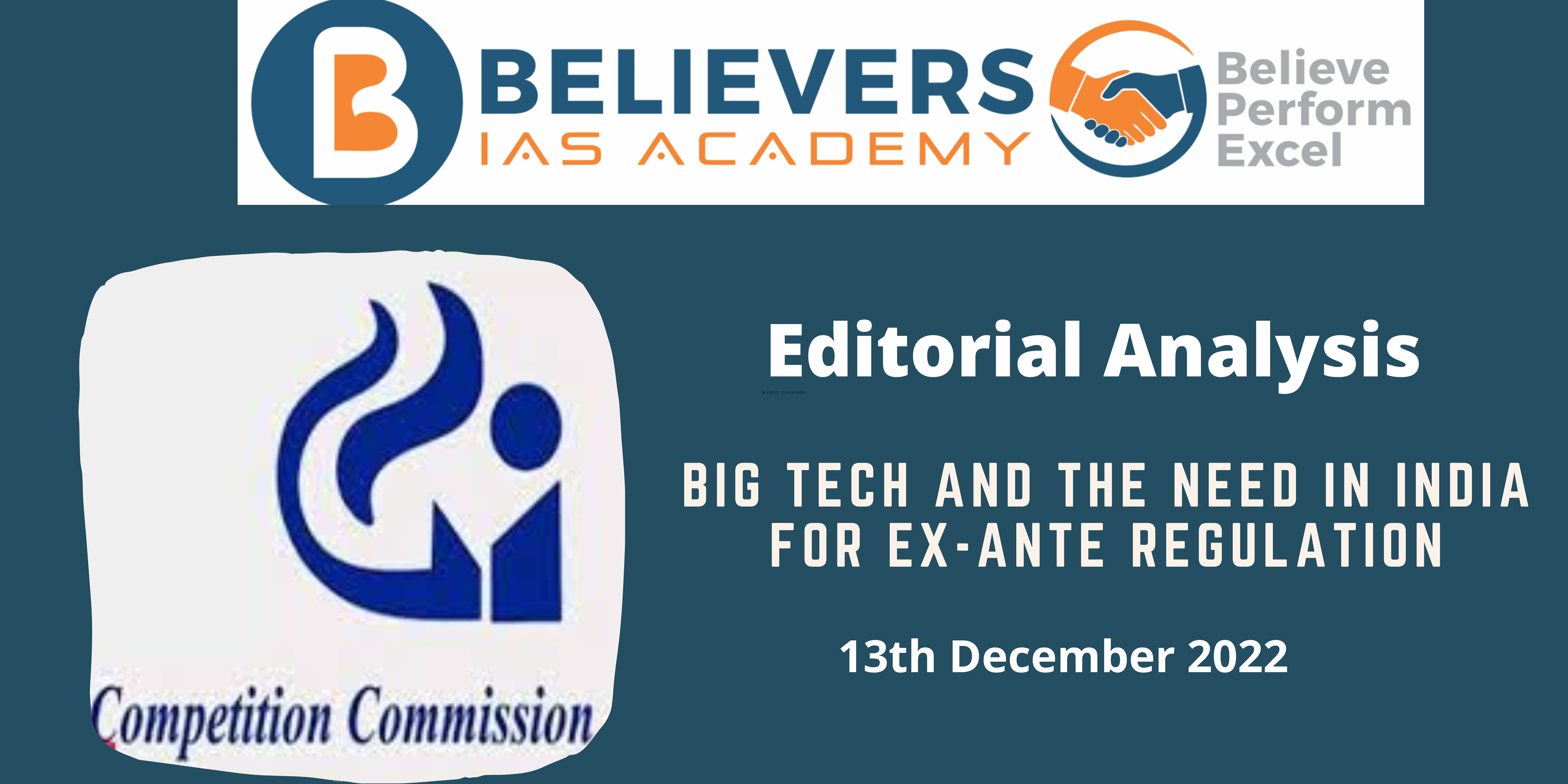 Big Tech and the need in India for ex-ante regulation

The objectives of the Commission are:

The need to overhaul Competition Act:

What can be done?