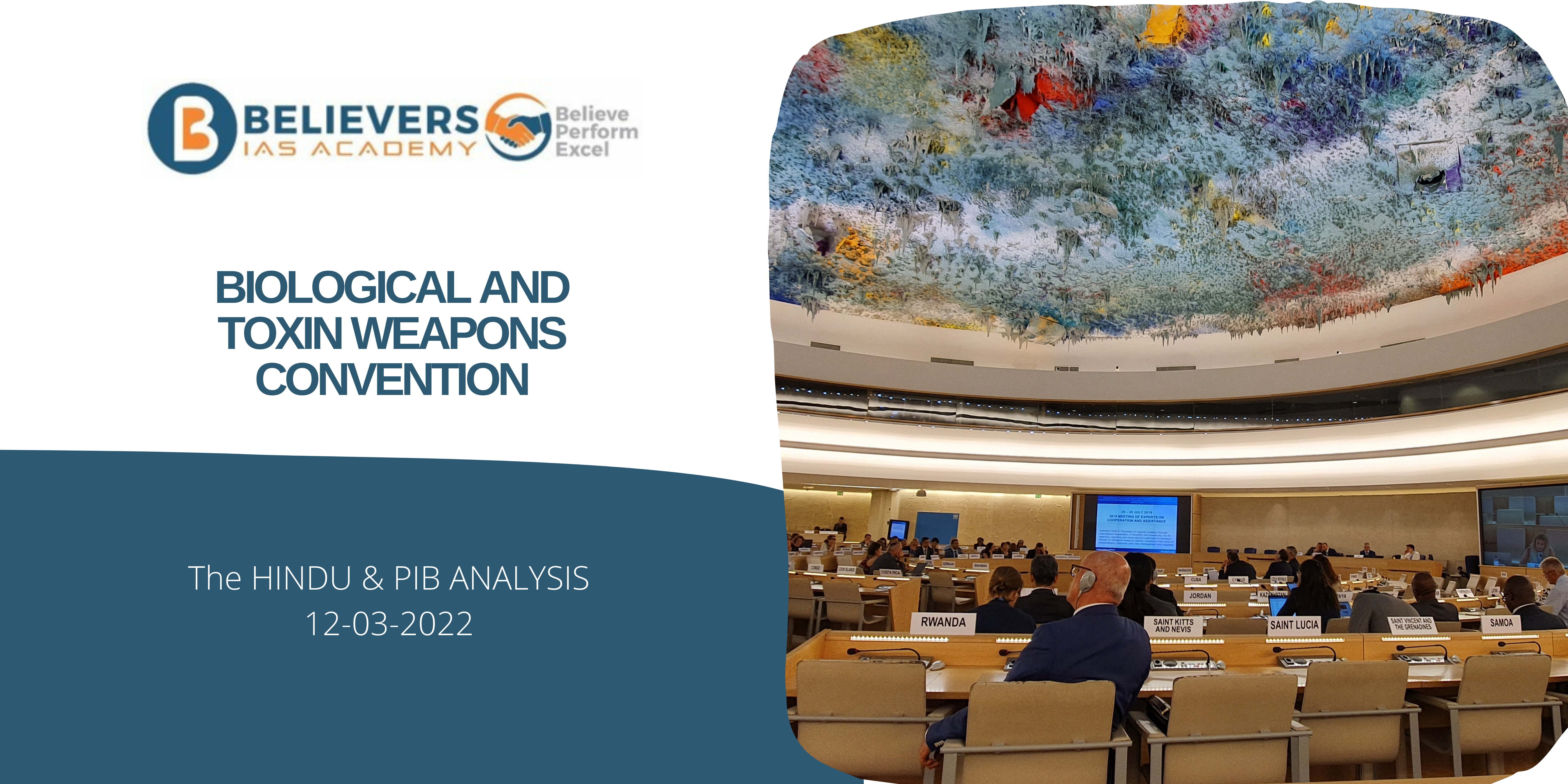 • Speaking at the UNSC briefing recently, India’s Permanent Representative to the UN, stressed that it is important to ensure implementation of BTWC (Biological and Toxin Weapons Convention) in letter and spirit.

• Biological and Toxin Weapons Convention is a disarmament treaty that restricts biological and toxin weapons by prohibiting their production, distribution and proliferation of the biological and toxin weapons.
• The treaty entered into force on 1975, the BWC was the first multilateral disarmament treaty to ban the production of an entire category of weapons of mass destruction.
• There are 183 member countries which are a part of the treaty.
• No country in the world has officially declared to possess a biological weapon is a testament to the success of the treaty.
• And also no country asserts that the use of such weapons is legitimate in a war.
• Due to the advancement of the biotechnology, the treaty is considered to be one of the most important one in the 21st century.

• The BWC was negotiated in Geneva, Switzerland, within the Eighteen Nation Committee on Disarmament (ENDC) and the Conference of the Committee on Disarmament (CCD) from 1969 until 1971.
• On 5 August 1971, the USA and USSR tabled separate but identical versions of a draft BWC in the CCD. Agreement between the two superpowers marked the final stage of the negotiation of the Convention.

• Due to the nature of the biological and toxin weapons, it can be dangerous to the entire globe.
• Especially as we are seeing in the post pandemic era, the world has experienced how instantly the virus can spread.
• So without global consensus and an order over the possession of the biological and toxin weapons it would be a great threat to humanity.
• The consequences of the deliberate release of biological agents or toxins by state or non-state actors could be dramatic. In addition to the tragic loss of lives, such events could cause food shortages, environmental catastrophes, devastating economic loss, and widespread illness, fear and mistrust among the public.