Buddhist Manuscripts of Nalanda and Vikramashila 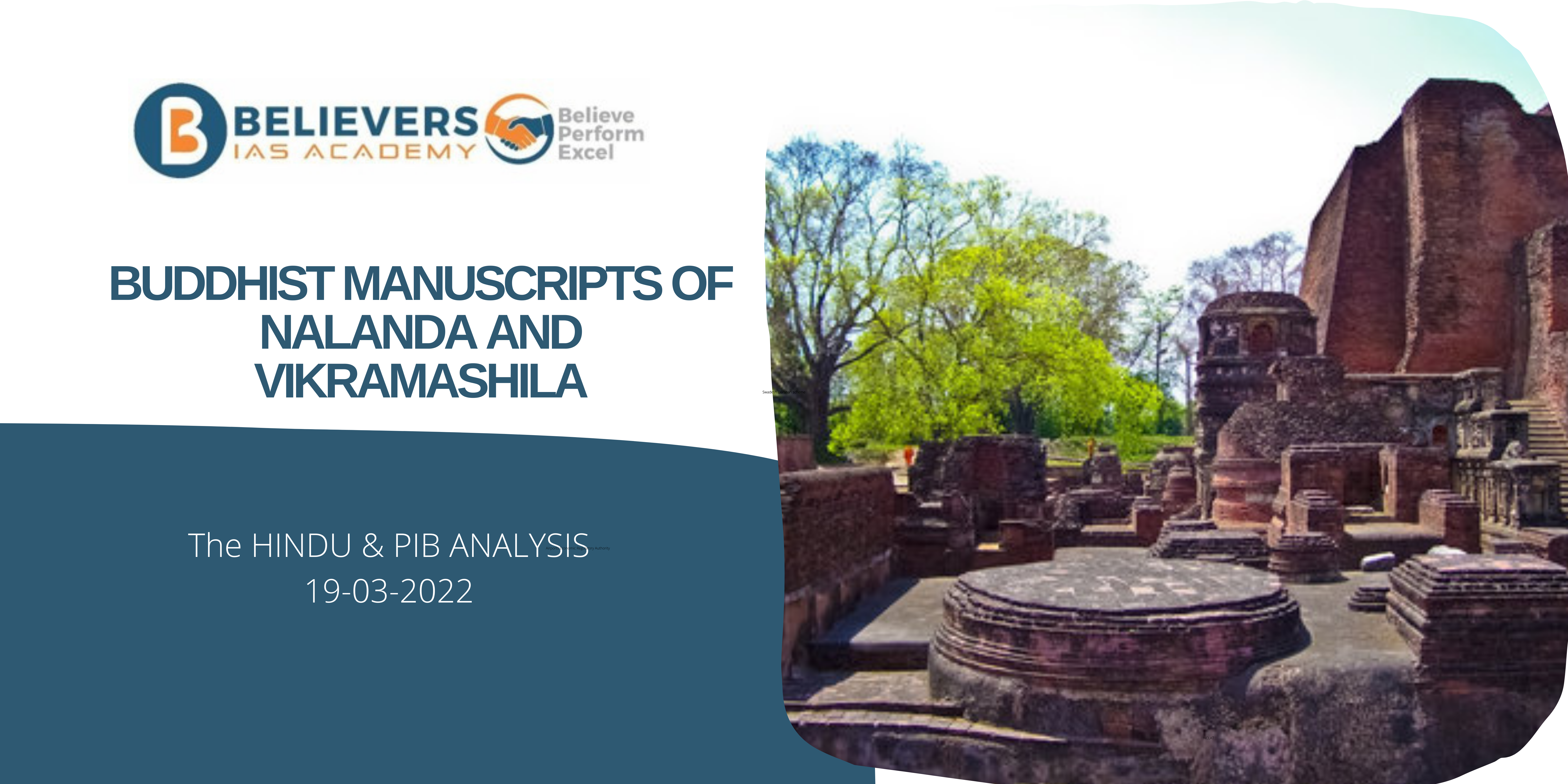 Buddhist Manuscripts of Nalanda and Vikramashila

• The Bihar State government has signed an MoU with CIHTS (Central Institute of Higher Tibetan Studies) for the translation and publication of original Buddhist manuscripts that were saved during the burning of two great ancient universities of Nalanda and Vikramshila and taken to Tibet.

• The manuscripts were saved from being burnt in the 12th and 13th centuries by Bakhtiyar Khilji’s Army and later brought back to India from Tibet by traveller, freedom fighter and monk Rahul Sankrityayan.
• Nalanda was an acclaimed Mahavihara, a large Buddhist monastery in the ancient kingdom of Magadha (modern-day Bihar) in India.
• The site is located about 95 kilometres southeast of Patna near the town of Bihar Sharif, and was a centre of learning from the fifth century CE to1200 CE. It is a UNESCO World Heritage Site.
• The highly formalized methods of Vedic learning helped inspire the establishment of large teaching institutions such as Taxila, Nalanda, and Vikramashila which are often characterised as India’s early universities. Nalanda flourished under the patronage of the Gupta Empire in the 5th and 6th centuries and later under Harsha, the emperor of Kannauj.
• The liberal cultural traditions inherited from the Gupta age resulted in a period of growth and prosperity until the ninth century.
• The subsequent centuries were a time of gradual decline, a period during which the tantric developments of Buddhism became most pronounced in eastern India under the Pala Empire.
• Vikramashila was founded by Pāla king Dharmapala in the late 8th or early 9th century.
• It prospered for about four centuries before it was destroyed by Bakhtiyar Khilji along with the other major centres of Buddhism in India around 1193.
• Vikramashila was one of the largest Buddhist universities, with more than one hundred teachers and about one thousand students.
• It produced eminent scholars who were often invited by foreign countries to spread Buddhist learning, culture and religion.