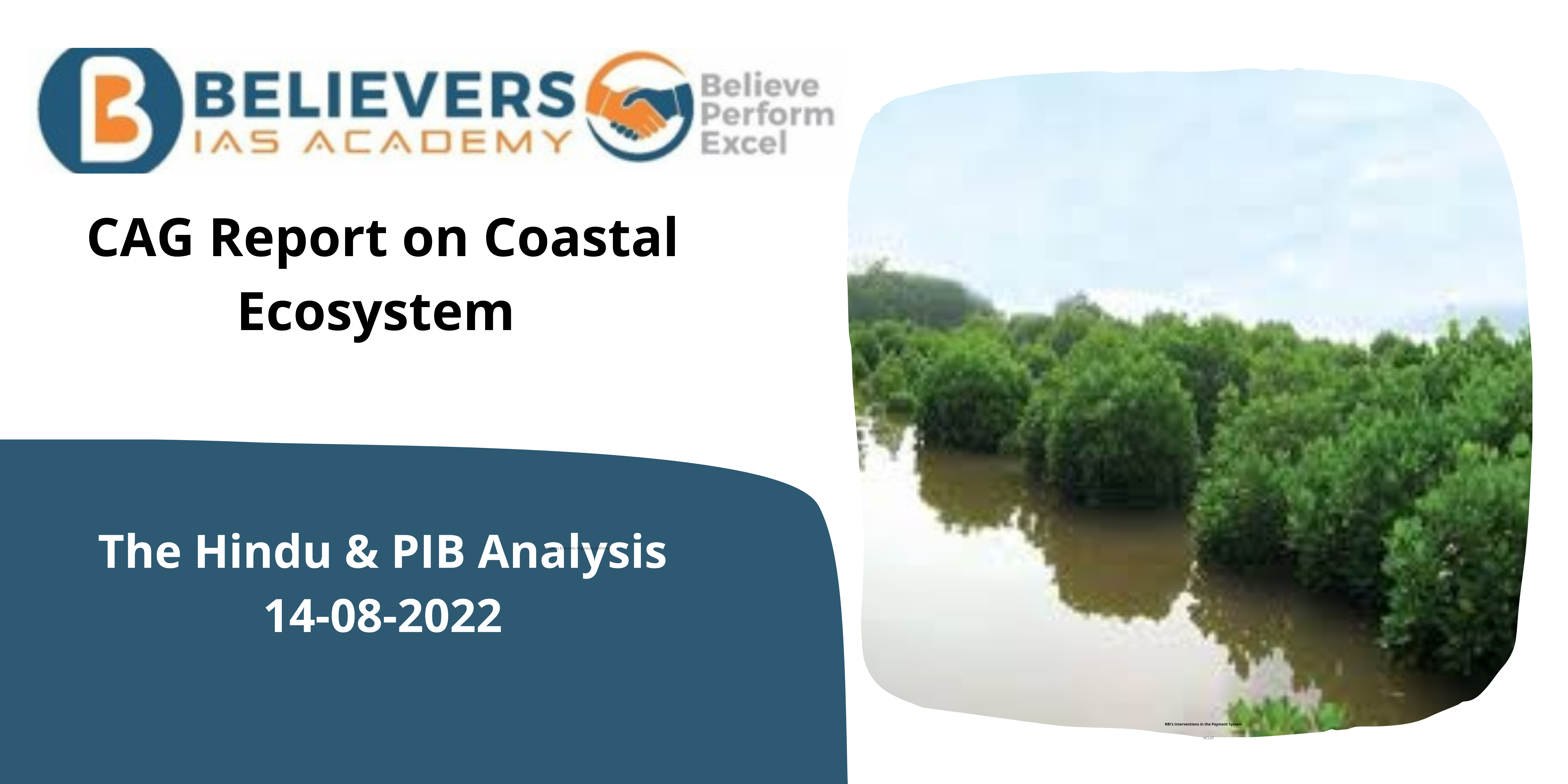 • Recently, the Comptroller and Auditor General (CAG) of India tabled a report in Parliament on whether steps taken by the Union Environment Ministry to conserve India’s coastal ecosystems have been successful.

1. Coastal Regulation Zone Notification (CRZ) 2019: It classifies the coastal area into different zones to manage infrastructure activities and regulate them:

• The CAG has a constitutional mandate to investigate and report on publicly funded programmes.
• In the CAG’s pre audit studies, it was found that there were large-scale CRZ violations in the coastal stretches.
• So, this prompted it to undertake a detailed investigation.

What is in its report?

• Environment Ministry hadn’t notified NCZMA as a permanent body and it was being reconstituted every few years.
• In the absence of defined membership, it was functioning as an ad-hoc body.
• The SCZMA had not been reconstituted in Karnataka and there was delayed reconstitution in the States of Goa, Odisha and West Bengal. The DLCs of Tamil Nadu lacked participation from local traditional communities. In Andhra Pradesh, DLCs were not even established.
• There were instances of projects being approved despite inadequacies in the Environment Impact Assessment (EIA) reports.