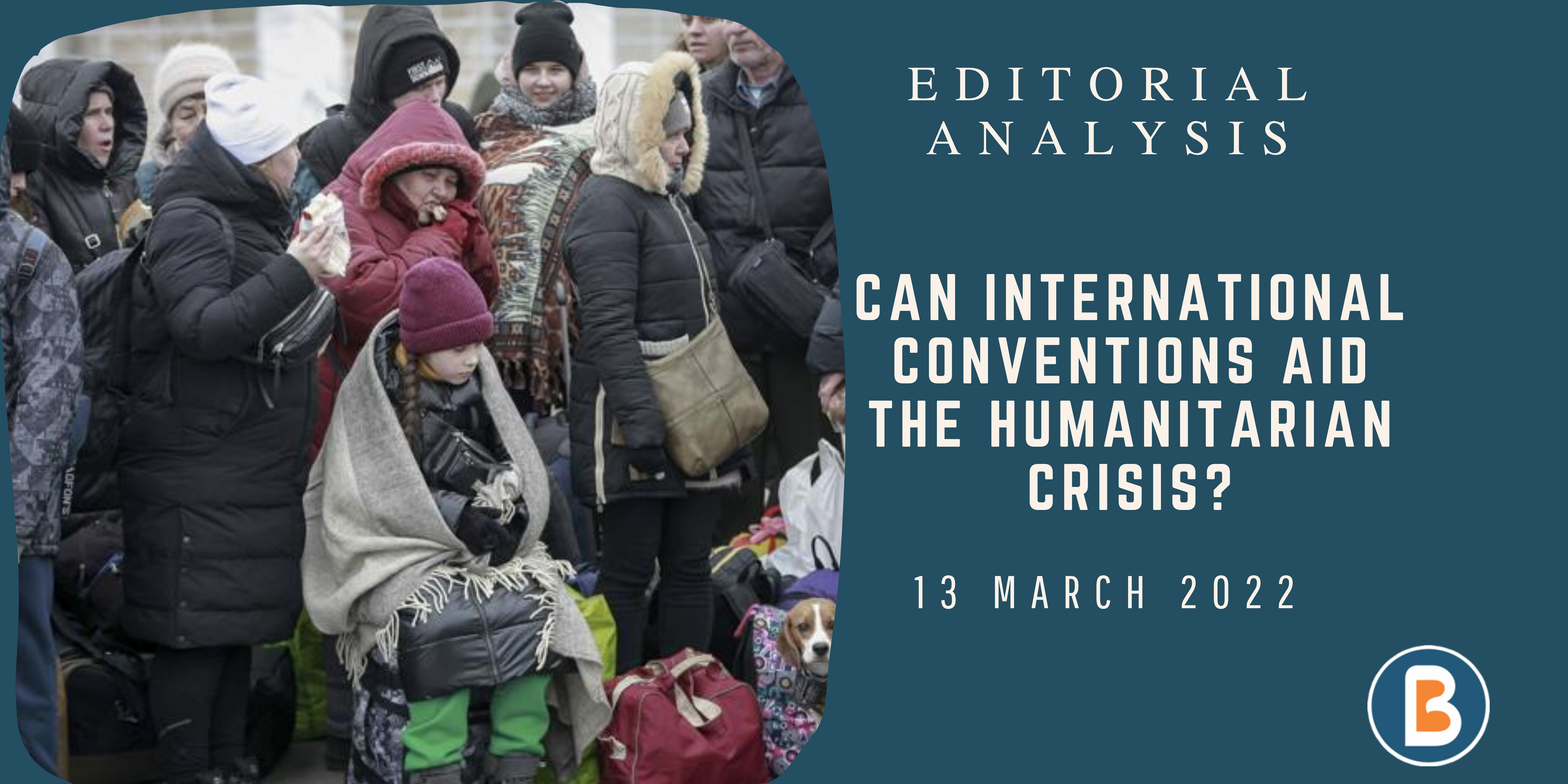 • Russia’s invasion over Ukraine has caused devastating causalities to the civilian population and the non – combatants.
• There is growing concern over the violation of Human Rights, so the world is looking over the Geneva Conventions.

What are the Guidelines under the Geneva Conventions?

• The core principle or the purpose of the Geneva Convention is to address the humanitarian treatment at the time of war.
• The convention defines the fundamental/basic rights of the war time prisoners, the wounded and the sick and to protect the civilians in the war-torn regions.
• The convention consists of set of four principles and additionally three protocols which codify the ethical and legal international standards which is widely accepted.
• The four conventions deal with different set of victims such as the first convention protects the wounded and the sick soldiers and the second protects the wounded, sick and ship wrecked military personnel at sea and the third applies to the prisoners of war.
• The fourth one being considered most important is the convention which protects the civilians.

Status with the signatories:

• The Geneva Conventions have been ratified by 196 states, including all UN member states.
• In 2019, perhaps anticipating the possibility of its invading Ukraine in the near future, Russia withdrew its declaration under Article 90 of Protocol 1
• By withdrawing this declaration, Russia has pre-emptively left itself with the option to refuse access by any international fact-finding missions to Russian entities, individuals or resources that might potentially, in Moscow’s reckoning, find Russia responsible for violations of the Geneva Conventions standards.
• Further, the four conventions and first two protocols of the Geneva Conventions were ratified by the Soviet Union, not Russia, hence there is a risk of the Russian government of the day disavowing any responsibility under the Conventions in toto.

How the International Criminal Court deals with War crimes?

Is the convention upheld worldwide?