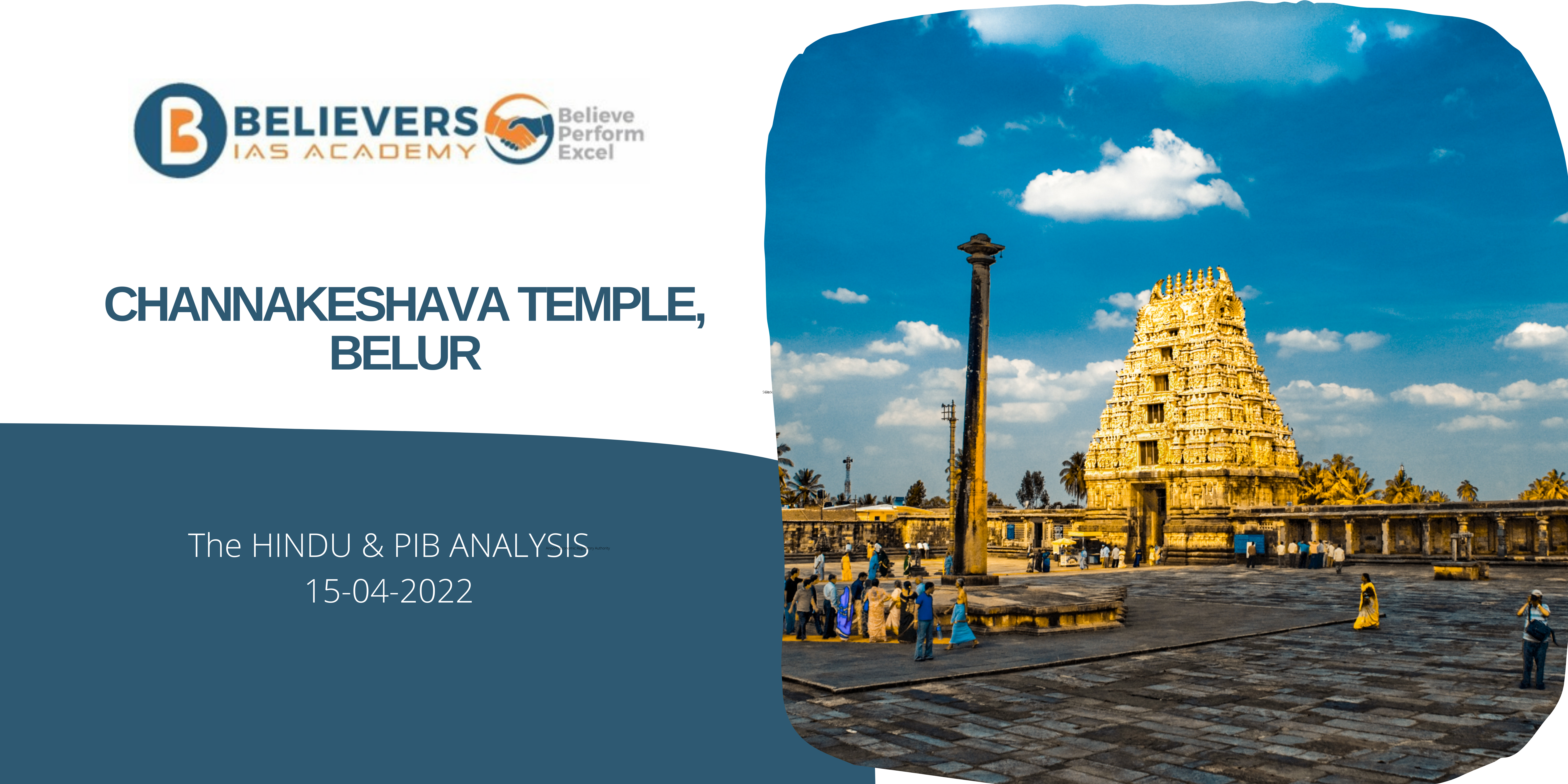 • While Karnataka has seen several instances of Muslims being barred from putting up shops during temple festivals, the rathotsava at the 900-year-old Chennakeshava temple struck a different note by staying with the syncretic tradition.
• The festival began only after the moulvi recited the Koran, a custom whose origins are not clearly known in the temple built by Hoysala rulers.

• Hoysalas were feudatories of chalukyas of Kalyana. Dwarasamudra(Halebeedu) was their capital.
• He completely routed Cholas from Gangavadi in battle of Talakadu, for this he got the title Talkadugonda.
• In commemoration of this victory he built kirtinarayana temple at Talakadu and Chennakesavar temple at Beluru.

• Hoysalas combined Vesara and Dravida style and developed new Hoysala style.
Important features of this style are
• Star shaped platform
• The jagati around the temple is the open pradakshinapatha.
• Polished pillar with variety of designs.
• Elaborate carvings and beautifully carved madanika figures.
• Vimana(shikara) in pyramidical shape.
• Most of their temples in Bhumija style. In this style miniature shikara is carved on the outerwall of the temple.
• Examples of Hoysala temples are Channakeshava temple at Belur, Hoysaleshvara temple at Halebidu, Keshava temple at Somnathpura.