Conviction and Disqualification of MLAs 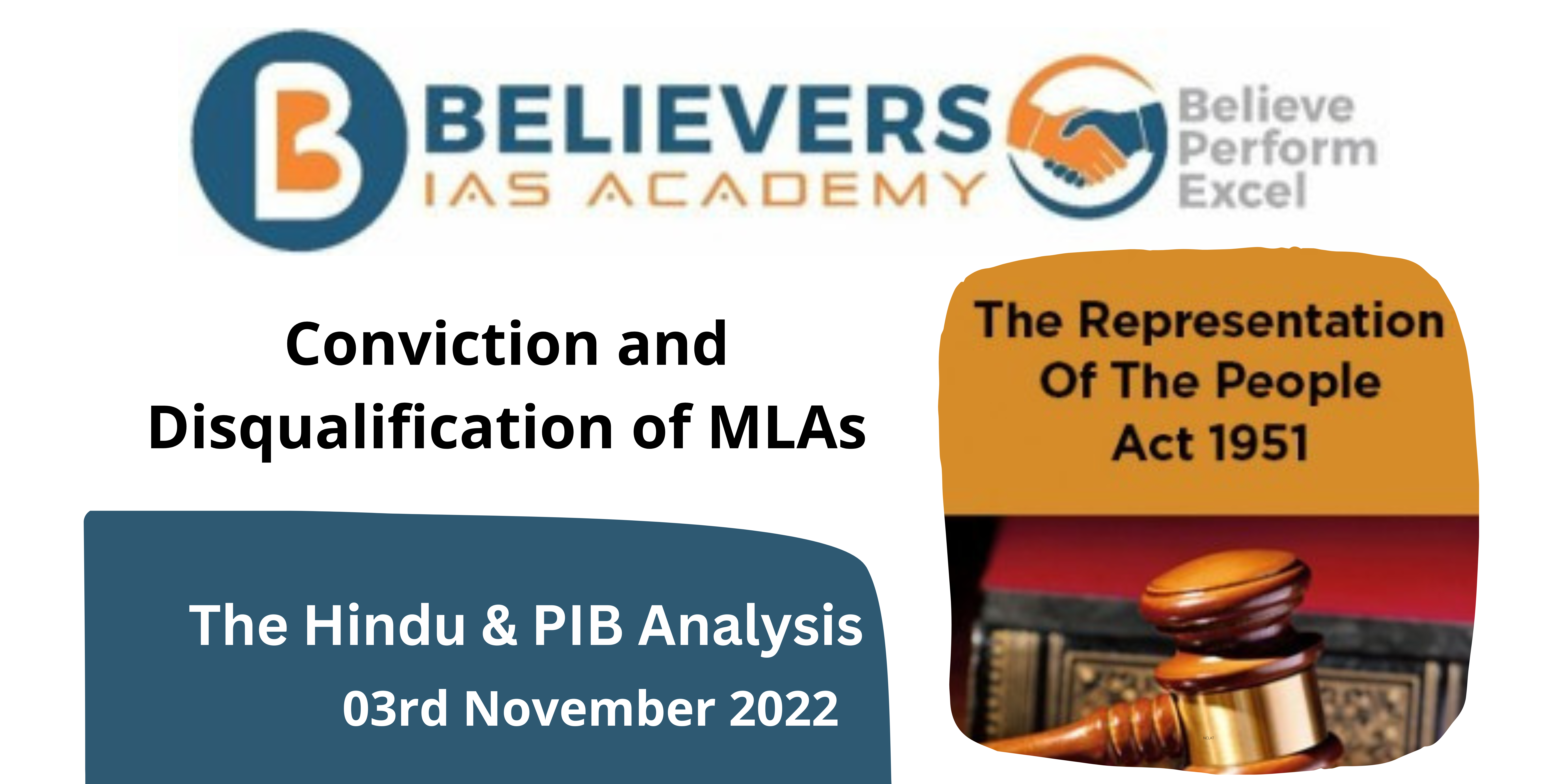 Conviction and Disqualification of MLAs

About Representation of the People Act (RPA), 1951:

Representation of the People Act, 1950.

This Act makes provisions for:

This Act makes provisions for the conduct of elections in India.