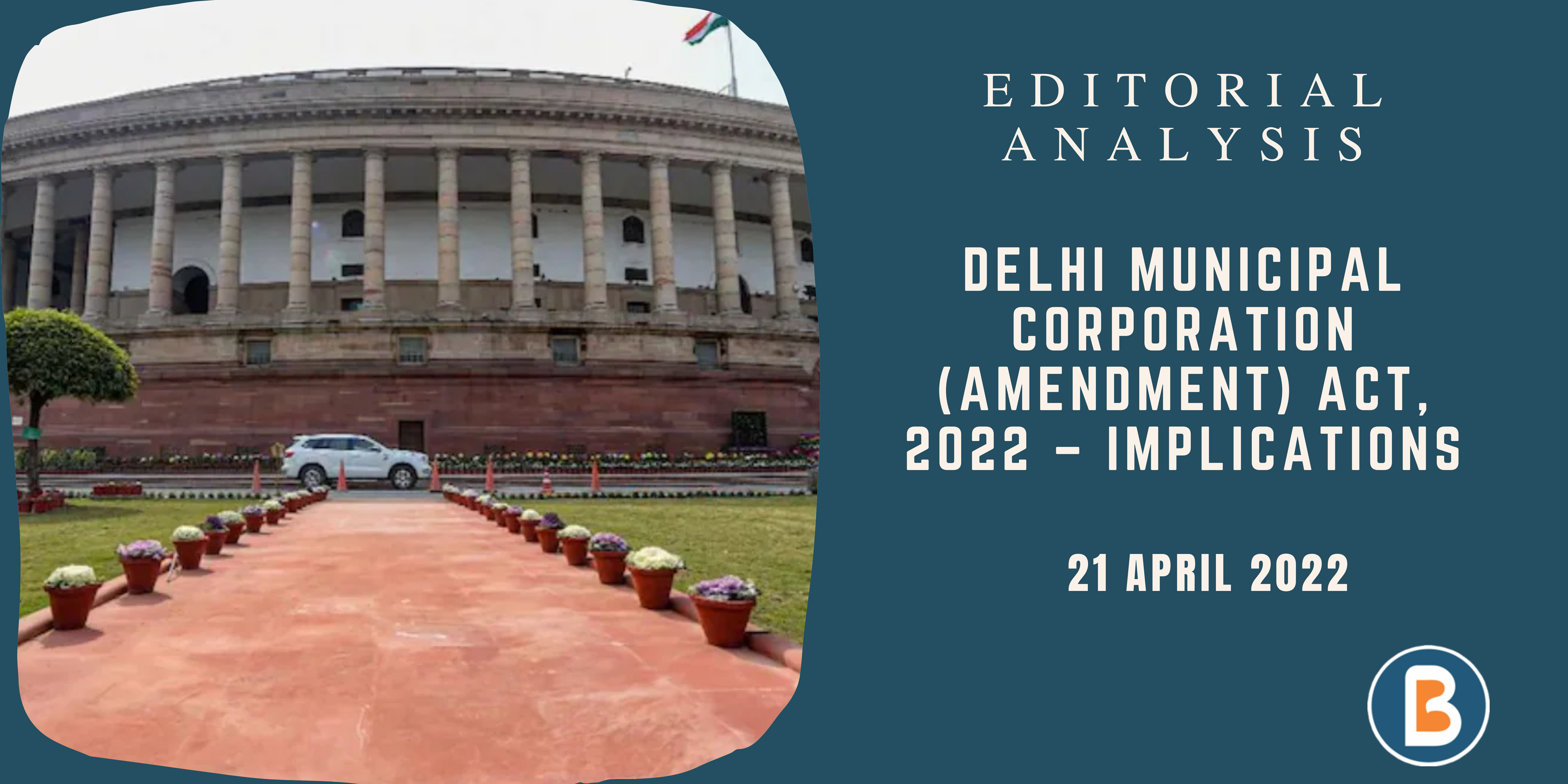 • The Union Government has proposed for the unification of the three municipal corporations, the Central government has conferred upon itself various crucial powers from the Delhi Municipal Corporation (Amendment) Act, 2022.

• With the passing of the Delhi Municipal Corporation (Amendment) Act, 2022 the centre which has usurped many powers upon itself has put the principle of federalism at stake.
• The central government claims that the change was made in accordance with Article 239AA of the Constitution, which grants special status to Delhi.
• The law is based on Parliament’s competence under Article 239AA(3)(b) to create laws for the State of Delhi “on any topic,” according to Union Home Minister.
• The law states that the Central government would now have the authority to decide the number of wards, the size of each ward, seat reservations, the number of seats in the Corporation, and other matters.
• The number of councillor seats in the Delhi Municipal Corporations will also be set by the central government at this time.