Dependence of Europe on Russia 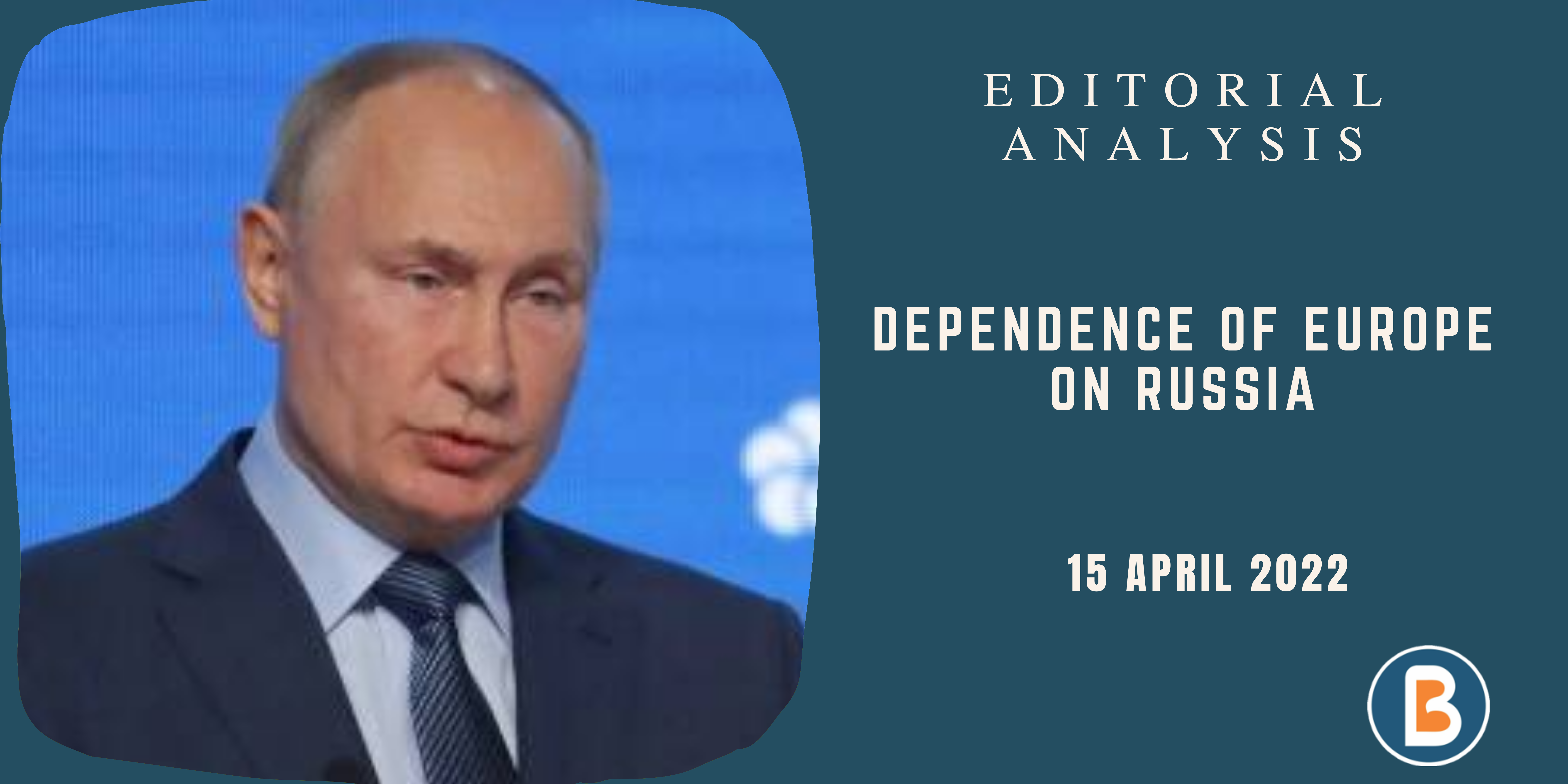 Dependence of Europe on Russia

• As a result of Russia’s invasion of Ukraine, unprecedented sanctions have been imposed; it is critical to understand the relationship between Russia and Europe in this context.
• Despite the fact that Europe is moving toward a carbon-neutral economy, it is still reliant on natural gas, putting it in a strong position to rely on Russia.

• Germany, despite a decade of “energiewende,” or the “ongoing transition to a low carbon, environmentally sound, reliable, and affordable energy supply,” is still one of the world’s largest importers of oil and gas.
• It is once again in the centre of a major energy pipeline controversy, as it has been in the past.
• The North Atlantic Treaty Organization (NATO) and the Warsaw Pact’s postwar European security system was backed by an energy order in which oil was sold to West Europe from US-controlled West Asian/Middle Eastern fields, and to East Europe from Soviet-controlled huge oilfields.
• West Germany (the Federal Republic of Germany or the FRG) and other European countries had “economic miracles” and were drawn into the dollar denominated oil trade cycle, which supports U.S. global dominance to this day.

• In the early 2000s, the EU noted the stability of Russia’s gas deliveries. However in 2004, political instability in Ukraine began causing problems for gas flow, and thereafter, work on the direct Russia-Germany link via the undersea giant Nord Stream project was planned.
• The two Nord Stream pipelines are gamechangers as they can meet nearly all of Germany’s import requirements, and are symbols of synergy with Russia.
• However, they deprive Ukraine and East European transit countries of revenues and leave them dependent on Russia for continued supplies.

How important is it to Russia?

• The Nord Stream project has larger capacity than all of Russia’s current and planned gas pipelines to China; so it remains of great importance for Moscow.
• Nord Stream 1 survives, as Europe will suffer without it, but preserving market share in the EU requires Russia to keep gas also flowing through Ukraine.