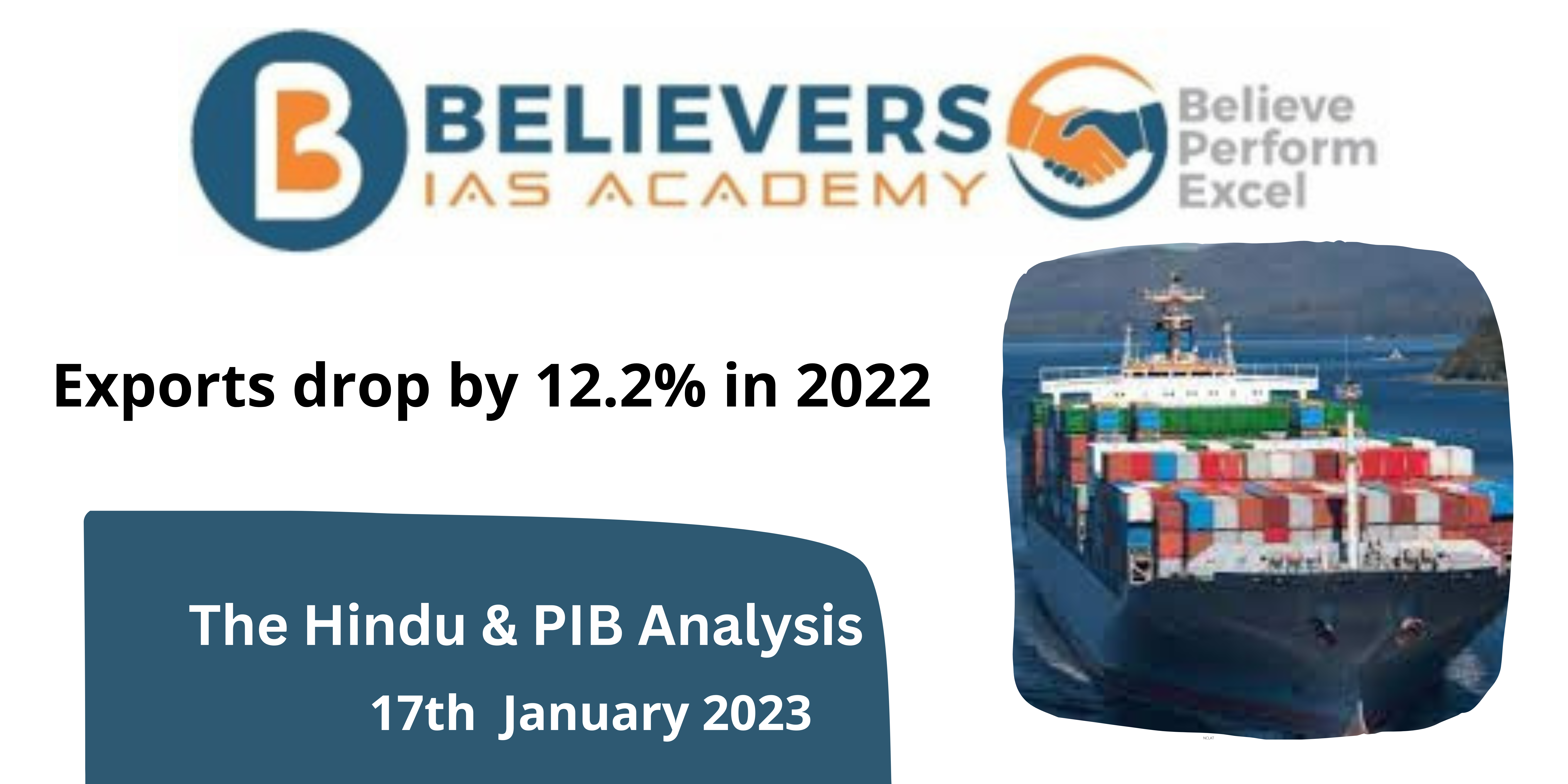 Exports from 19 of 30 major exporting sectors shrank in December, including;