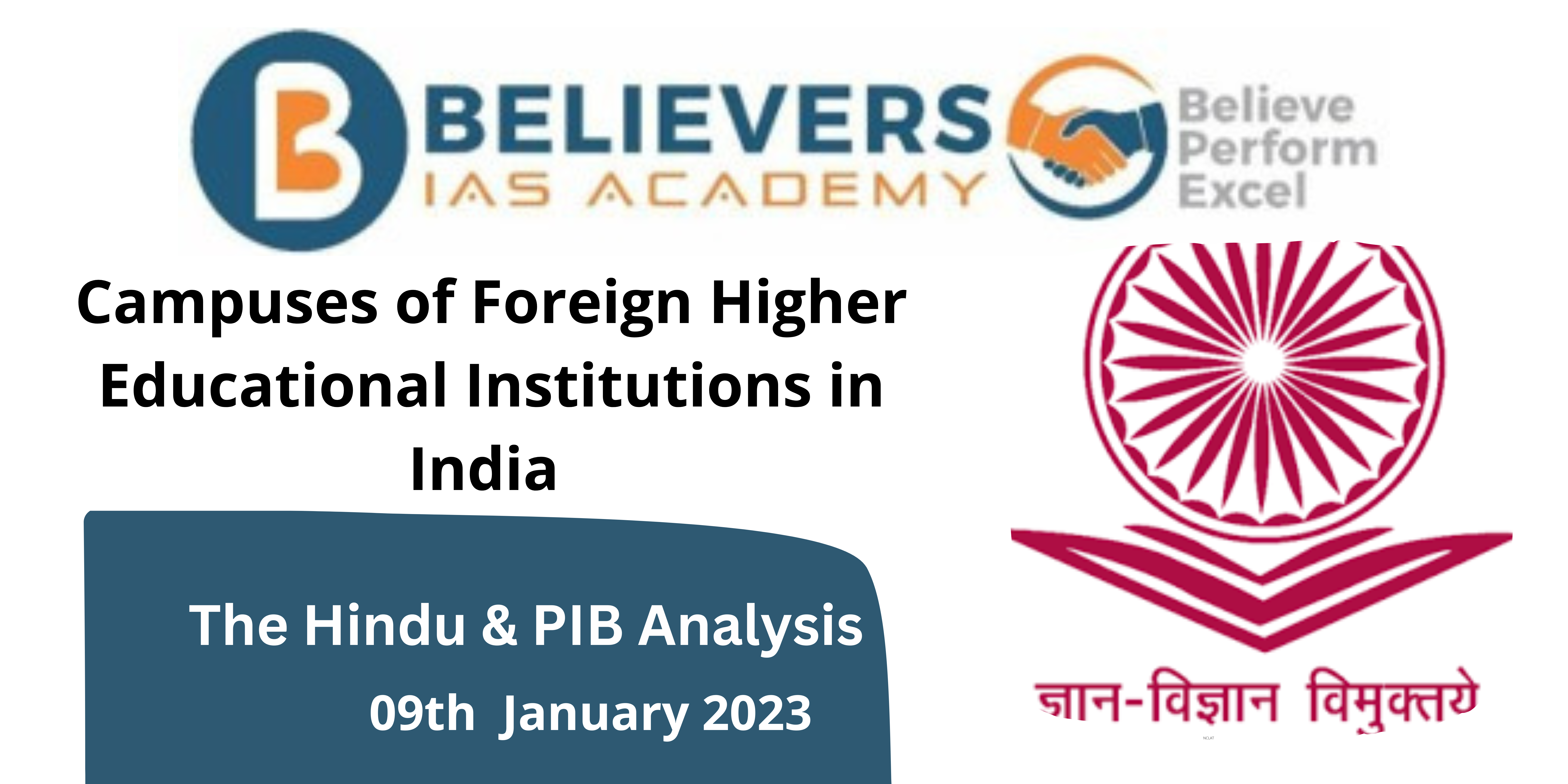 The provisions in the regulation

The following two categories of institutions are allowed to apply to the UGC to set up a campus in India viz,

How such a campus will be governed:

Source “Can foreign universities set up campuses in India now?“