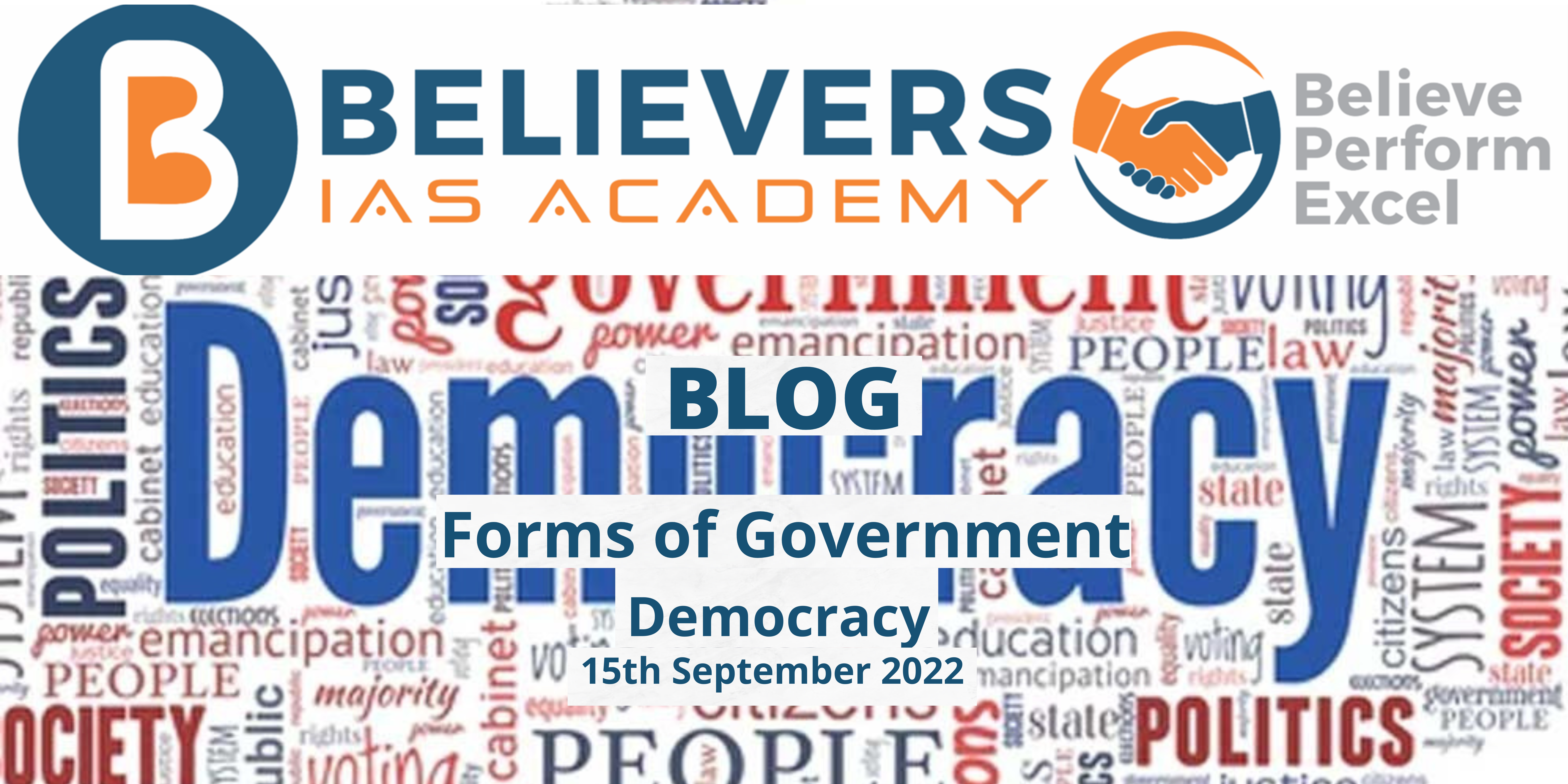 As the world is mourning the recent death of the Queen of England, lets take a moment to peak at the different forms of government that are or have been in existence throughout the history of the world.

Democracy is classified into two forms