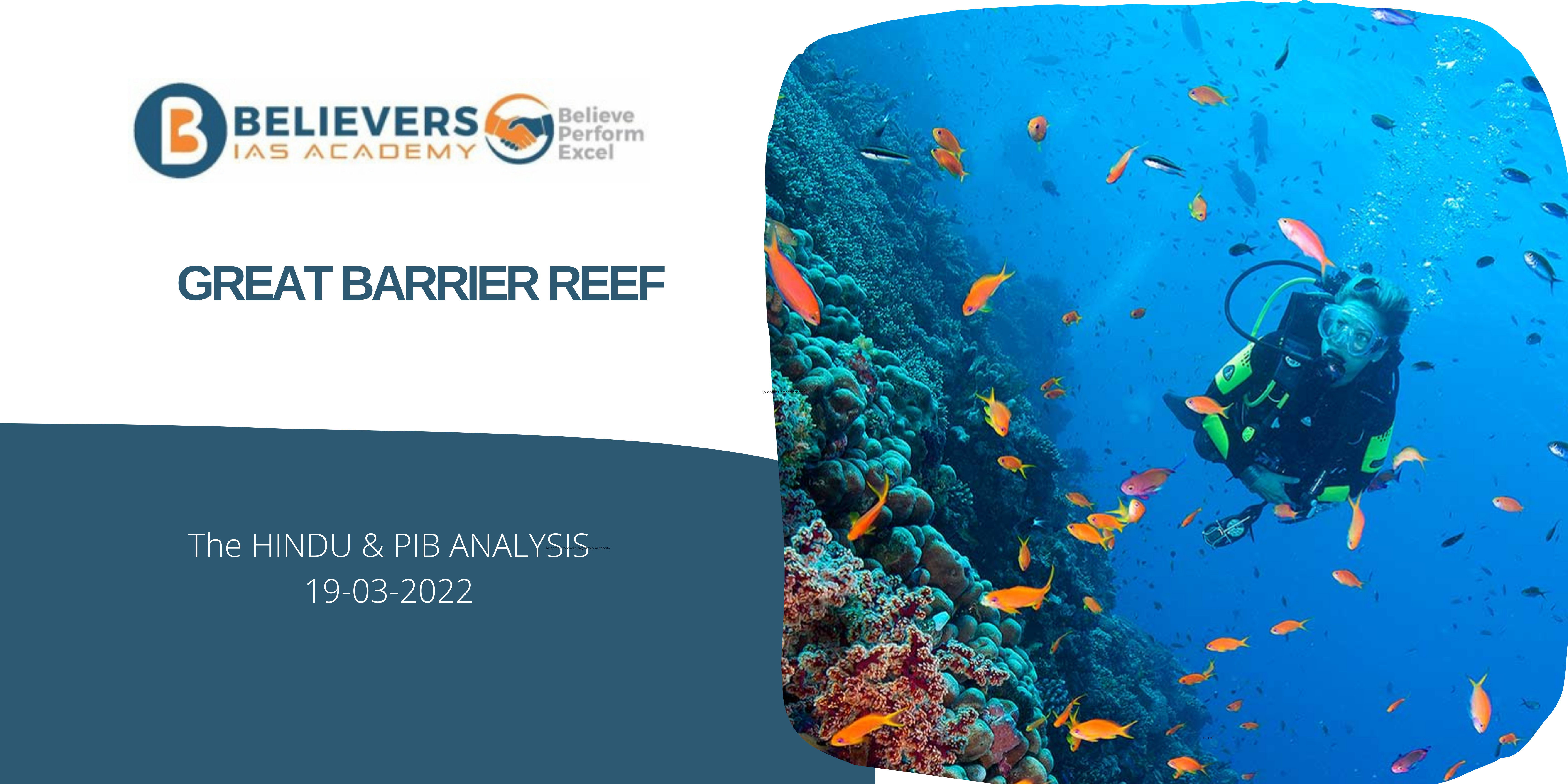 • Australia’s Great Barrier Reef is suffering widespread and severe coral bleaching due to high ocean temperatures two years after a mass bleaching event.
• The report by the Great Barrier Reef Marine Authority, which manages the world’s largest coral reef ecosystem, comes three days before a United Nations delegation is due to assess whether the reef’s World Heritage listing should be downgraded due to the ravages of climate change.

What is Coral Breaching?

• When water is too warm, corals will expel the algae (zooxanthellae) living in their tissues causing the coral to turn completely white.
• This is called coral bleaching. When a coral bleaches, it is not dead.
• Corals can survive a bleaching event, but they are under more stress and are subject to mortality.

• The reef has suffered significantly from coral bleaching caused by unusually warm ocean temperatures in 2016, 2017 and 2020. The previous bleaching damaged two-thirds of the coral.
• The environmental group Greenpeace said the severe and widespread coral bleaching suffered during a La Niña weather pattern that is associated with cooler Pacific Ocean temperatures was evidence of the Australian government’s failure to protect the coral from the impacts of climate change.

• In July last year, Australia garnered enough international support to defer an attempt by UNESCO, the United Nations’ cultural organisation, to downgrade the reef’s World Heritage status to “in danger “because of damage caused by climate change.