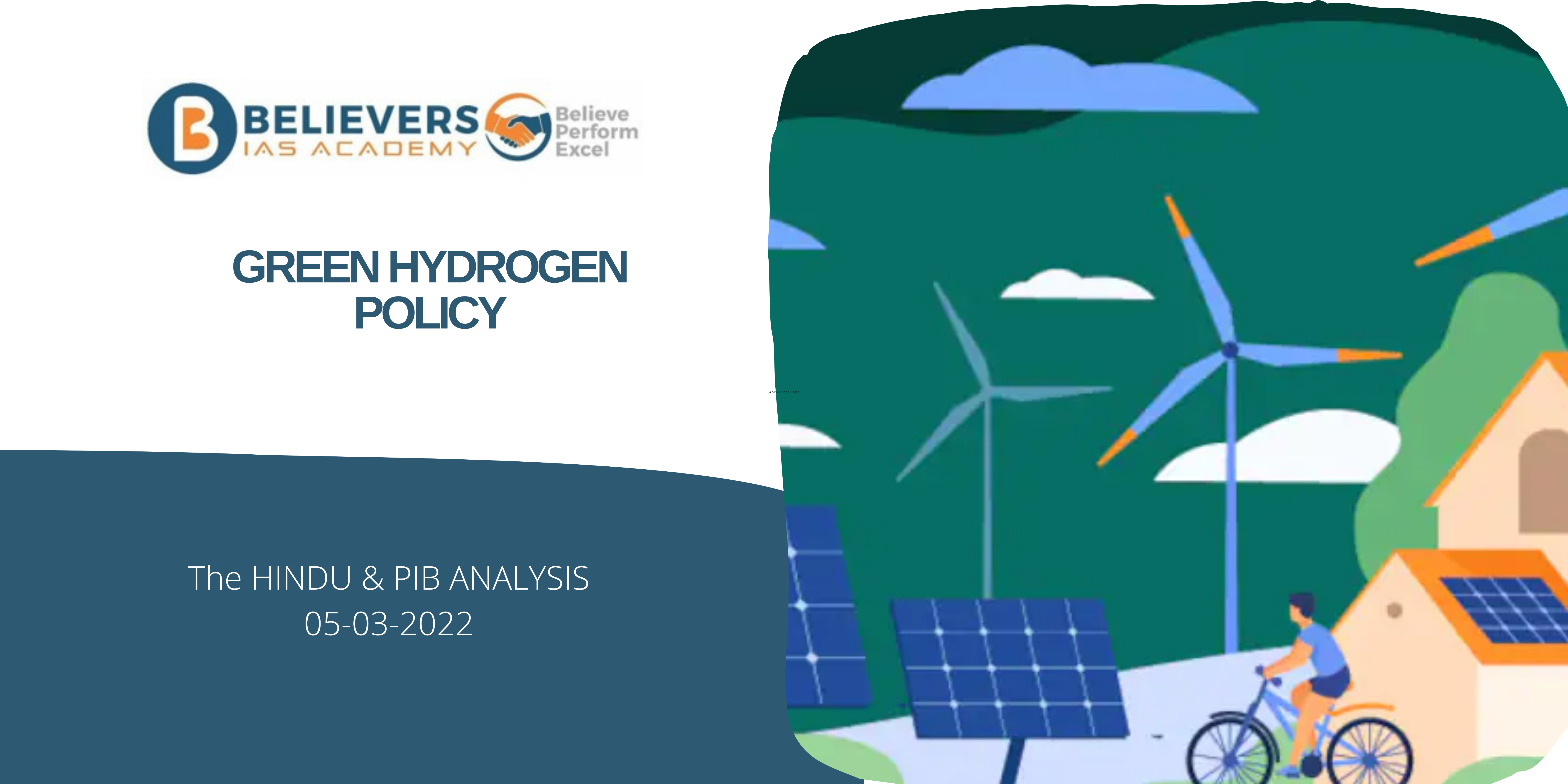 A green hydrogen policy in collaboration with the Union Government’s ‘National Green Hydrogen Mission’ is on the cards, along with the possibility of a green hydrogen pilot project through the PPP model.

Hydrogen is the lightest and first element on the periodic table. Since the weight of hydrogen is less than air, it rises in the atmosphere and is therefore rarely found in its pure form, H2.