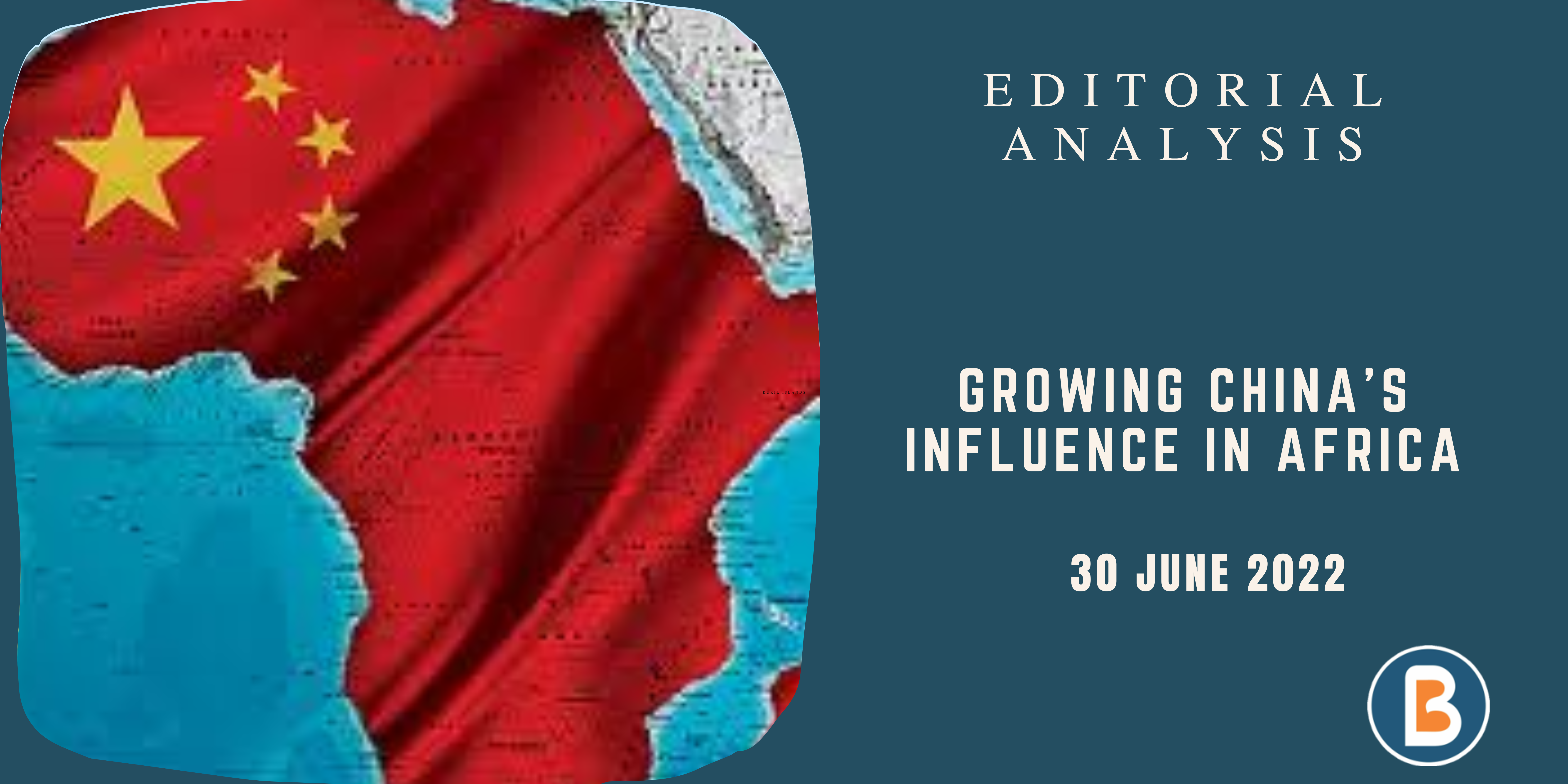 The Chinese presence in Africa is seen in four major areas, they are: