Impact of Political Crisis in Maldives on India 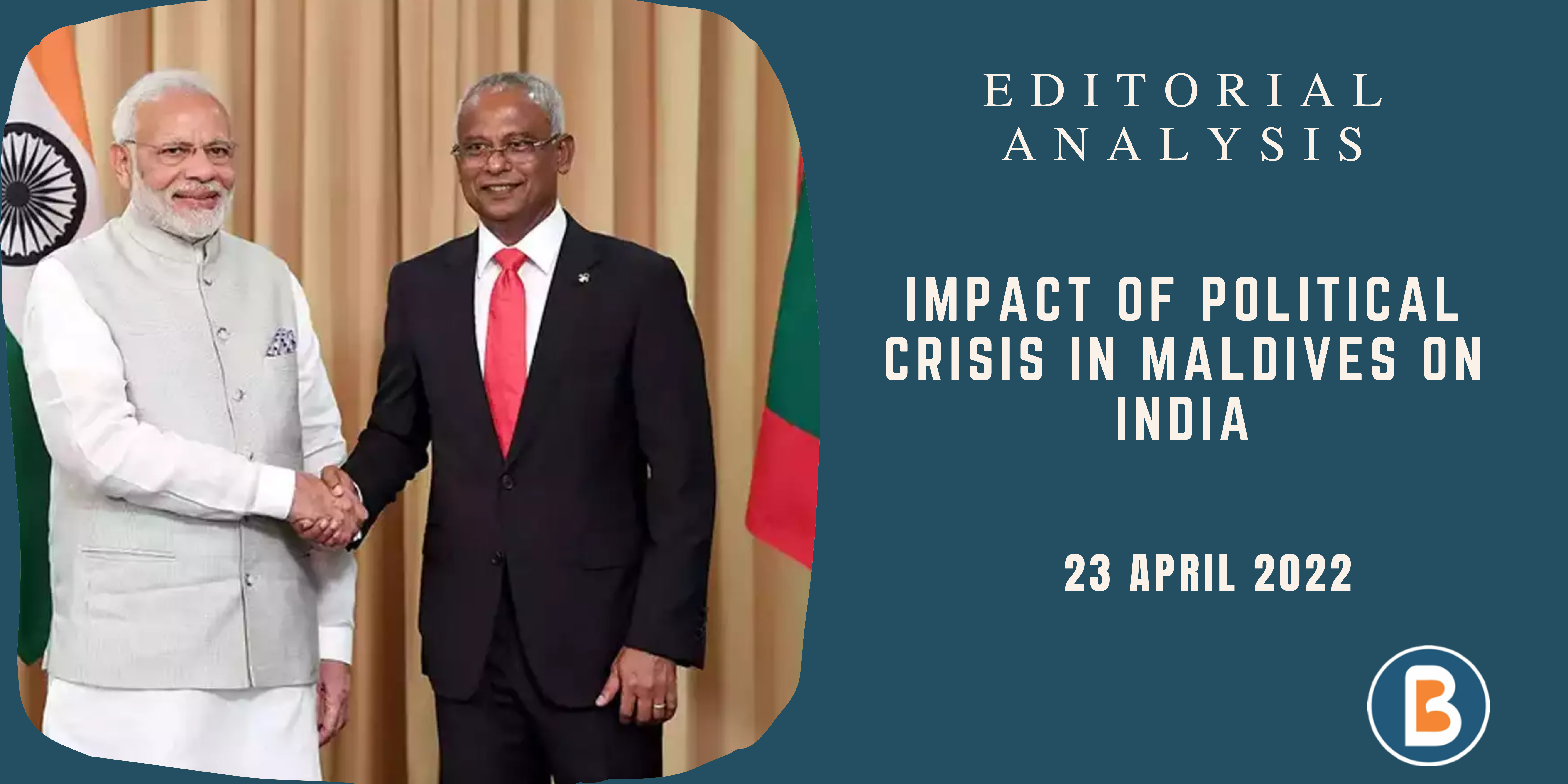 Impact of Political Crisis in Maldives on India

Anti-India protests in Maldives is being equated it as a Nationalistic stand in Maldives, this was witnessed when the Maldivian government recently banned the ‘India Out’ protests.

• Polarisation for political purposes has created complications for India-Maldives ties, as Mr Solih’s administration has been accused as a puppet of India.
• The opposition party has criticised Maldivian government for allowing Indian military presence in its territory.
• Mr Yameen who is from the opposition party was seen as a friend of China when he was in power before 2018.

• President Solih pursued a foreign strategy that prioritised India. India has emerged as the Maldives’ principal security and economic partner in the last four years, committing $1.4 billion to the country’s’socio-economic development requirements.’
• It inked a Uthuru Thila Falhu (UTH) harbour development agreement with Male in February 2021 to build the National Defence Force Coast Guard Harbour.
• Following this agreement, the Yameen camp intensified its attacks on the administration. As a friendly major neighbour, India has historically played a vital role in the Maldives.
• However, China’s development in the Indian Ocean region has elevated the strategic importance of this small, import-dependent island nation of 5,50,000 people, where both countries are competing for influence.

• Mr. Yameen is now attempting to reclaim lost support by bolstering Maldivian nationalism and anti-India sentiments, while the MDP is attempting to respond with a different nationalist narrative.
• It claims that connections with India, the Maldives’ closest large neighbour, are critical for the country’s security, notably food security.
• While these two narratives will collide in the upcoming election, India, as the epicentre of political squabbling, will be in a precarious position.
• The MDP confronts anti-incumbency issues as well as tensions between Mr. Solih and the influential former President Mohamed Nasheed, thus victory is not inevitable.
• If India loses, it risks losing the influence it has gained in recent years.