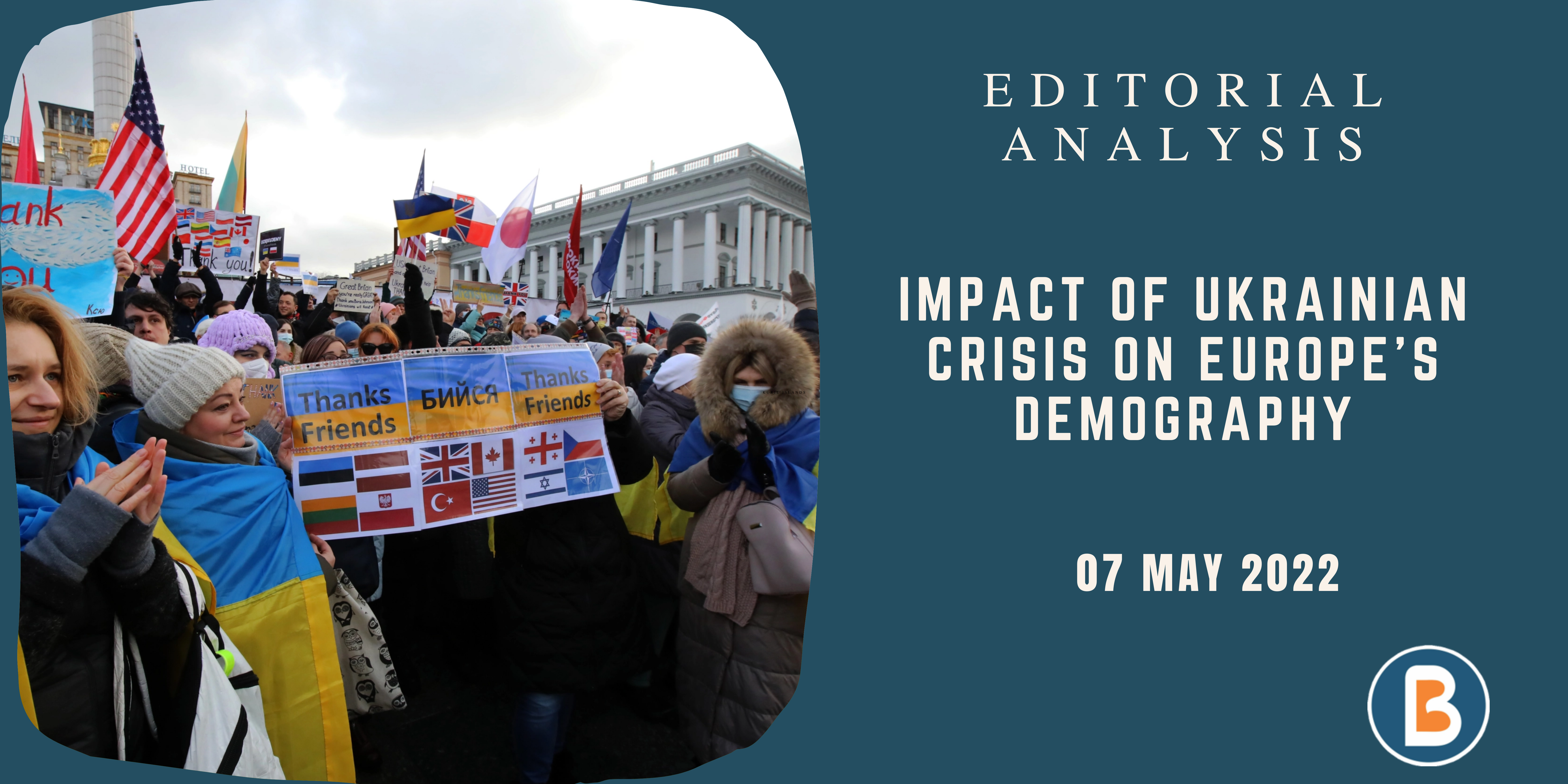 • Since the Russian invasion on Ukraine over 5 million people are taking refuge in the bordering countries all of Ukraine’s borders, except those with Russia and Belarus, have remained open.

• Europe is facing the demographic challenge since many years, the median age in Europe is 43 which is just four years older than that of North America.
• The Croatian Prime Minister has stated that, this declining population in the Europe will cause existential problem for some nations.
• His concern is well-founded in the fact that the issue of dwindling numbers in the formerly communist countries of eastern Europe is compounded by outmigration.

Impact on other countries:

• Since the war began, 5.6 million people have fled Ukraine, the most of whom are women and children, with the great majority fleeing to western countries.
• Poland, which had been exporting more people than it was receiving until recently, has now taken in more than half of these.
• According to numbers released by the United Nations High Commissioner for Refugees, the population of Warsaw increased by 17% in just a few weeks (UNHCR).
• Hungary has welcomed almost 500,000 Ukrainians, whose population has decreased from 10.7 million in the mid-1980s to 9.8 million in 2020.
• Countries to the west of Ukraine look like demographic gainers, although the influx is putting a strain on some, especially Moldova, which has received more than 400,000 refugees — equivalent to 15 per cent of its population. How it affects Ukraine and Russia?

• It’s a demographic disaster for Ukraine which was already fighting the declining population.
• Since the crisis unfolded more than a quarter of the population has been forced to move, including 7.7m people displaced within the country.
• With its birth rate already falling, Russia, too, is bound to suffer. Educated Russians have left the country since the invasion as they believe that the current regime has very little to offer.