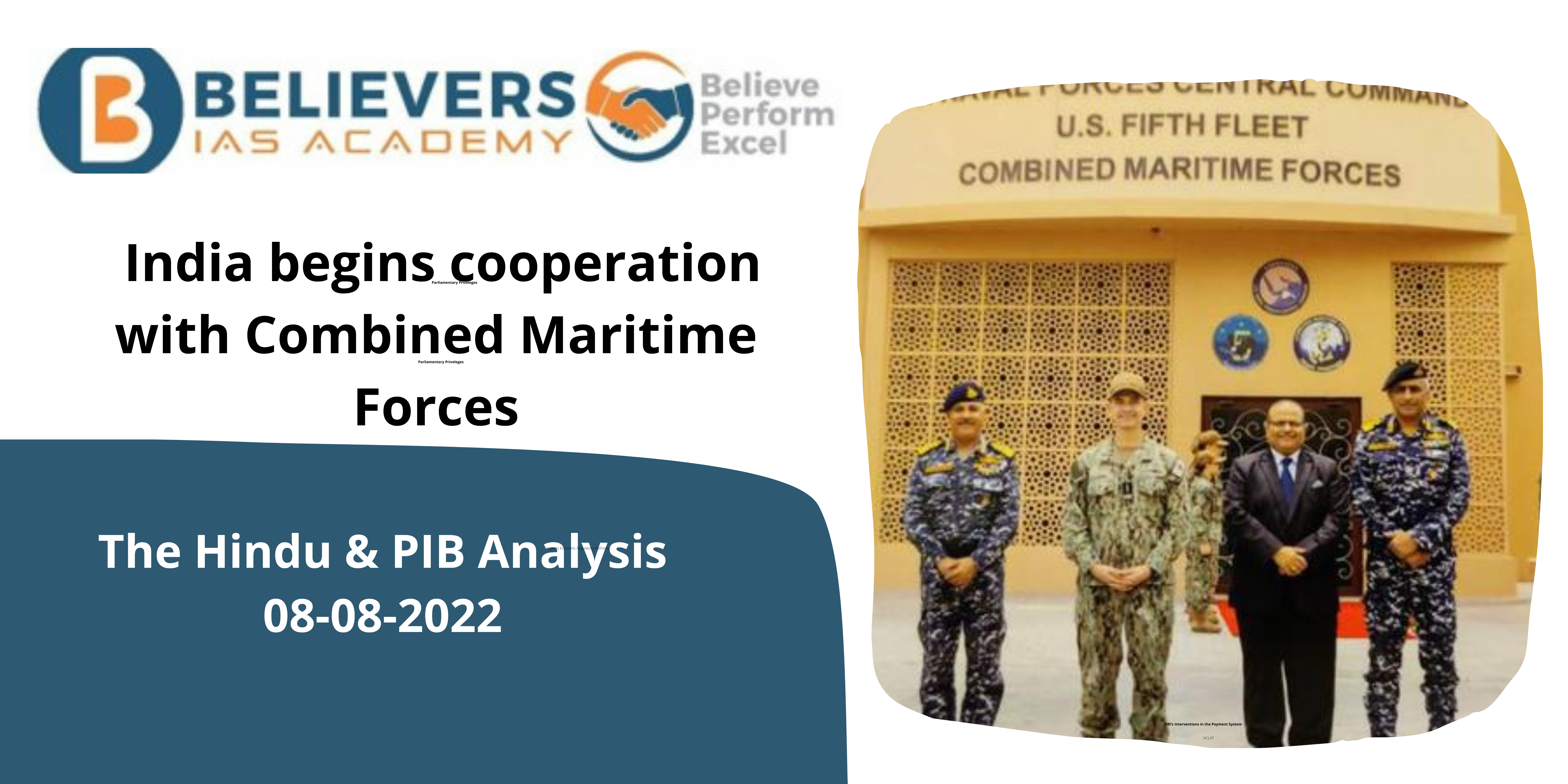 The Combined Maritime Forces (CMF) is a multinational maritime partnership, which exists to uphold the Rules-Based International Order (RBIO) by countering illicit non-state actors on the high seas and promoting security, stability, and prosperity across approximately 3.2 million square miles of international waters, which encompass some of the world’s most important shipping lanes.

It has a membership of 34 countries and is led by the US Navy.

India will be joining as an ‘Associate Partner’ and will deploy warships if required, however, there has been no deployment as of now.

How this move benefits India

As per the CMF; members are not bound by either a political or military mandate hence it does not hinder India’s strategic interests in the region.

This is also in line with India’s SAGAR (Security and Growth for All in the Region) initiative which aims at increasing the prosperity and security of the Indian ocean region.

This also helps in countering China’s growing influence in the region, which is of great concern to India.