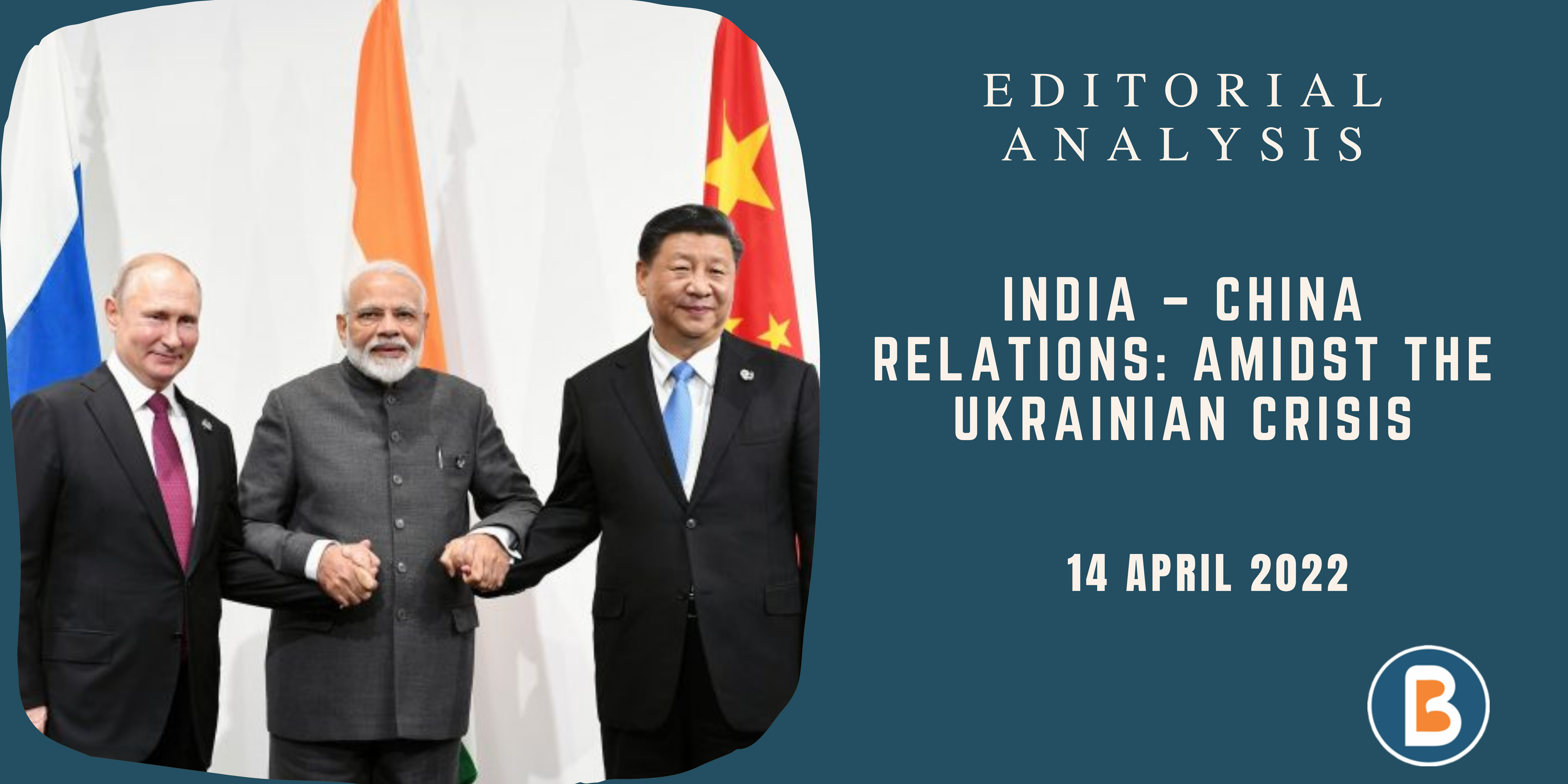 • China has praised India for pursuing an independent foreign policy. In recent years, Chinese officials had looked at Indian moves in the region through the prism of their U.S. policy, but India’s stance on Ukraine has triggered a rethink in Beijing.

• The Indo-Pacific policy of Joe Biden’s administration revolves around India. The Indian Foreign and Defence Ministers recently met with their American counterparts for the ‘2+2’ meeting.
• Last month, the Japanese Prime Minister visited New Delhi. Days before the two countries signed an interim trade agreement, Australia’s Prime Minister conducted a virtual summit with Mr. Modi.
• He then had to explain that by striking the contract with India, he had not betrayed Ukraine.
• Despite the fact that India’s Quad allies (the United States, Japan, and Australia) have imposed trade restrictions on Russia, condemned Russian President Vladimir Putin, and provided military help to Ukraine, India recently welcomed Russian Foreign Minister Sergei Lavrov to New Delhi.
• So far, India’s Quad allies have been incredibly sympathetic to New Delhi’s plight, but if the crisis progresses, the underlying tensions in their ties with India will become apparent. Beijing has taken notice of the tensions and applauded India for pursuing an independent foreign policy. In recent years, Chinese officials have viewed Indian activities in the region through the lens of US policy, but India’s stance on Ukraine has caused Beijing to reconsider. In March, Foreign Minister Wang Yi visited New Delhi, either to wean India away from the Quad or as an exploratory move toward a bigger strategic reset with New Delhi.

• China holds the Quad together with its glue. While India and the United States have opposing agendas in places like Myanmar, Iran, and Afghanistan, China is the one common interest that brings the two countries together.
• These latest gestures from Beijing toward New Delhi will put the core concept of a constructive alliance with India to the test.
• The proportional power difference between the two Asian countries (China’s economy is approximately six times the size of India’s) has always been highlighted in Washington in whispered tones.
• Despite this, it has become an article of faith in Washington in recent years that, after suffering military aggression from China in 2020, India recognises that it needs the US to resist the threat from Beijing.