India, Democracy and the Promised Republic 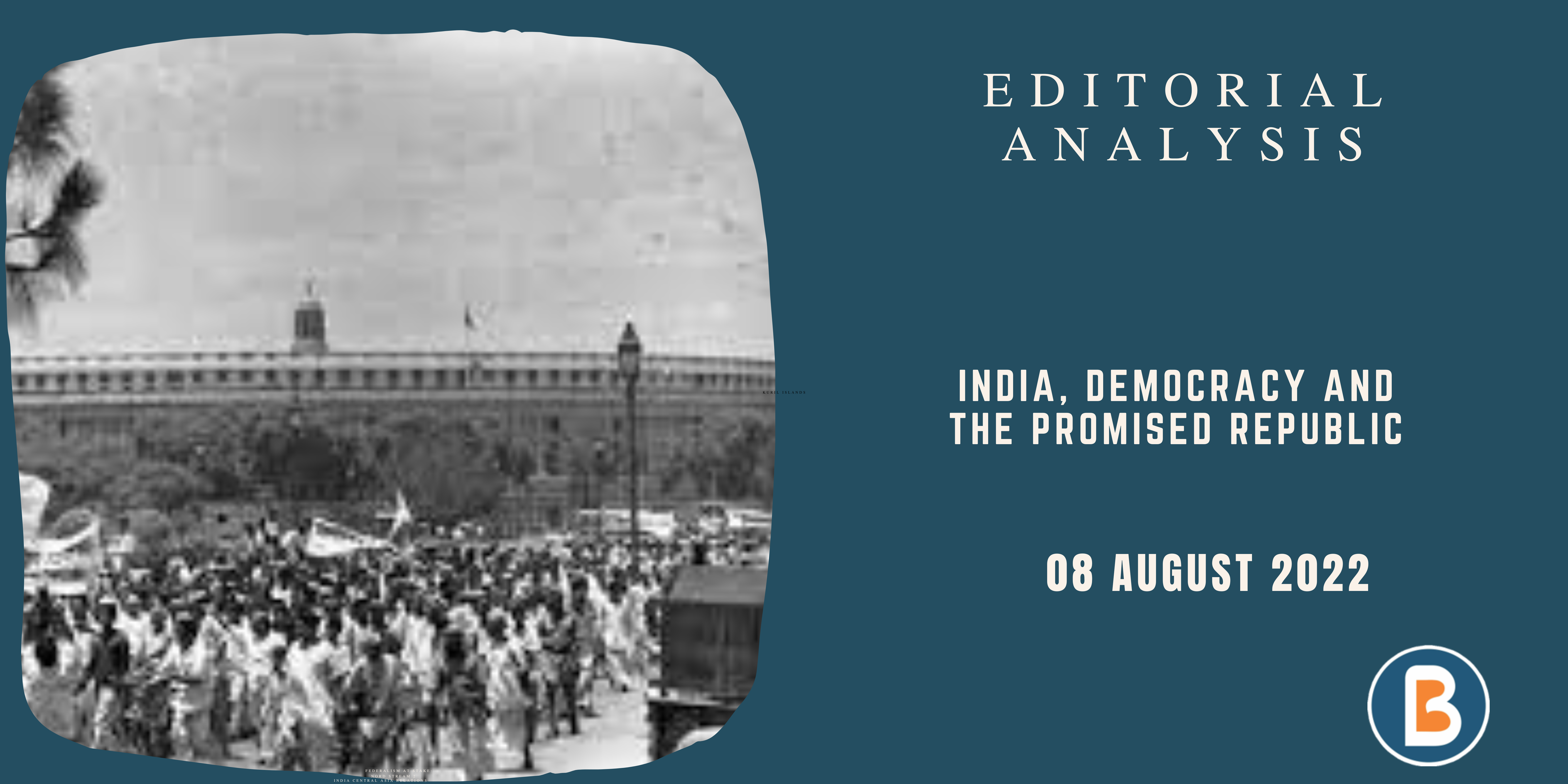 India, Democracy and the Promised Republic

“To bring freedom and opportunity to the common man, to the peasants and workers of India. To fight and end poverty and ignorance and disease. To build up a prosperous, democratic and progressive nation, and to create social, economic and political institutions that will ensure justice and fullness of life to every man and woman.”

The need and function of Democracy