India’s Potential to be the Preferred Security Partner 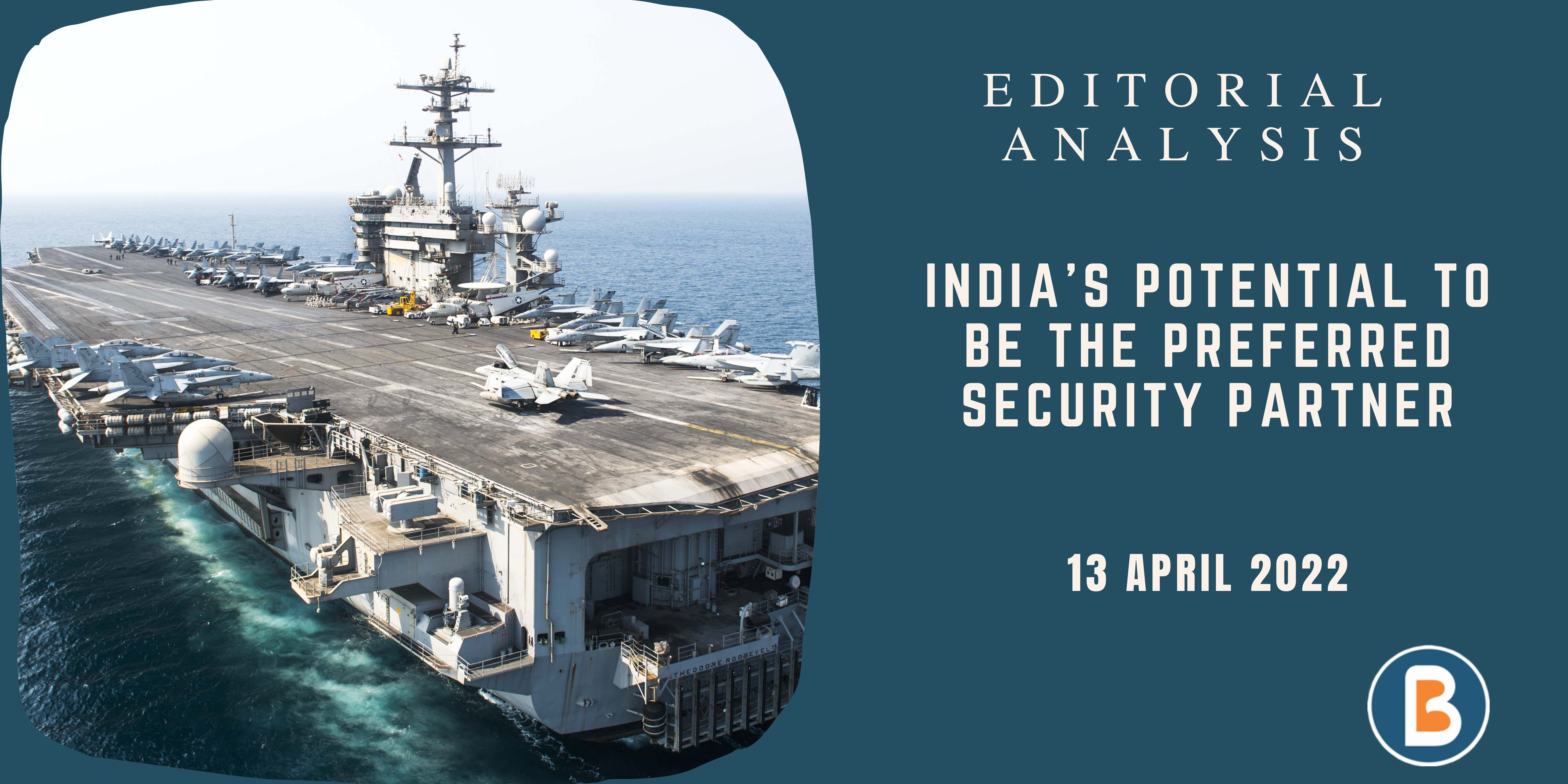 India’s Potential to be the Preferred Security Partner

• Recently, in his address the President of India reiterated that there is a need for India to conduct prompt and effective deployment in times of crisis as the cornerstone for India’s vision to become the Preferred Security Partner (PSP) and First Responder in the Indian Ocean Region (IOR).
• This was also upheld by the Chief of Indian Navy Admiral R. Hari Kumar during MILAN 2022 exercise.

• Established in 2011 as a trilateral grouping consisting of India, Sri Lanka and Maldives for collaborating on collective maritime security issues
• India shares this forum with other IOR nations like Sri Lanka, Maldives and Mauritius, which is the newest member to join the grouping.
• Indian Navy seeks to become the PSP for all smaller nations in the IOR on the basis of its ability to swiftly respond due to its geographical proximity and military capability.
• CSC is moving towards greater institutionalisation and expansion through developing a concrete roadmap and a defined charter of objectives.

India’s Contribution in the Region:

• With the deployment of the Indian Peacekeeping Force (IPKF) in the 1980s, India effectively extended its military capability for preventing political instability in the Maldives, Seychelles, and, most importantly, Sri Lanka.
• In the aftermath of the 2004 Indian Ocean Tsunami, the 2005 Pakistan Earthquake, and the 2015 Nepal Earthquake, the Indian Armed Forces have carried out large-scale relief activities.
• India has often proved its potential to be the region’s first responder in times of disaster.
• After a fire at a desalination plant in Male, Maldives, in 2014, the Indian Air Force airlifted over 200 tonnes of drinking water, demonstrating India’s rapid response capabilities.

• Despite India’s multifarious attempts to improve regional security, a few misconceptions are being pushed by certain political groups with vested interests.
• This is obvious from Pakistan’s newly announced National Security Policy, which makes a veiled allusion to this by noting that any nation’s self-proclaimed role as NSP in the wider IOR will have a negative impact on the region’s security and economic.
• Despite the fact that factors such as geographical proximity, historical track record, social, political, and cultural affinity favour India as the region’s NSP, the IOR’s growing geostrategic significance has drawn various extra-regional powers into the fray of the power struggle that has been unfolding.