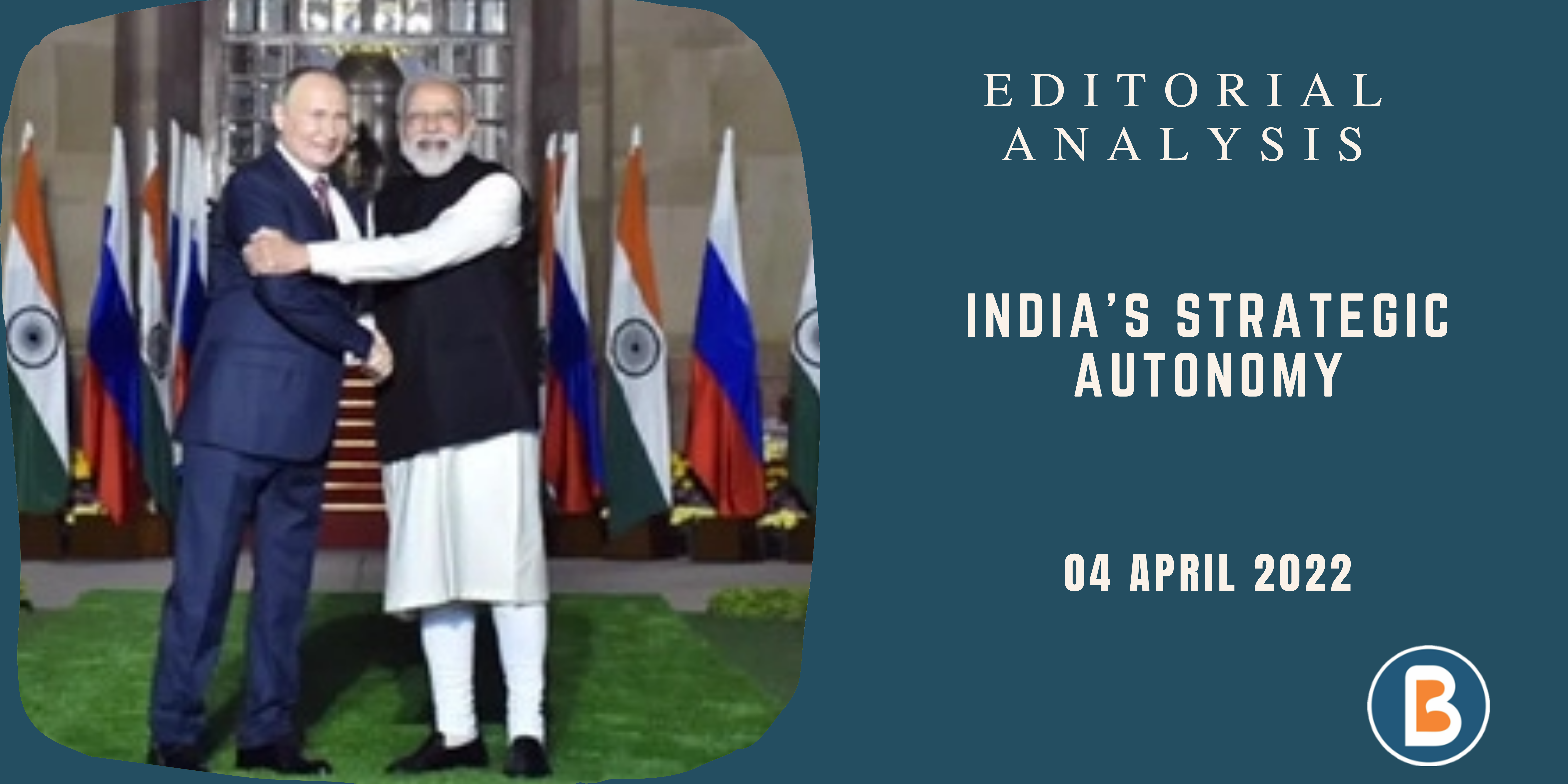 The Russian invasion of Ukraine has posed several diplomatic challenges to different countries around the world for which India is not an exception.

• It would be foolish for a developing country facing major economic difficulties and recuperating from the crippling effects of COVID-19 to buy discounted Russian oil, especially when some of India’s opponents continue to buy energy from Russia, discounted or not.
• Several Western policy analysts are baffled as to why India is unwilling to suffer some economic hardship in order to send a loud and unambiguous statement that it does not back any country’s territorial aggressiveness.
• The solution is once again found in India’s economic situation, its demand for unfettered defence equipment supply, and its geopolitical location.
• There is little doubt that the Ukraine conflict will have an influence on India’s economy, albeit slowly and steadily.
• Regrettably for India, the Russian sanctions have arrived at a critical juncture.

• Several of India’s Western allies argue firmly that the Russia-Ukraine crisis is a bigger fight between democracies and non-democracies, and that India must choose which side of the ideological divide it wants to be on.
• That is not just a false myth, but also a dangerous stereotype that risks plunging the world community into yet another unnecessary ideological conflict.
• This is not a situation in which New Delhi should become involved. Russia’s military action is wrong, and India’s decision not to criticise Russia is based on geopolitical considerations (much as India did not condemn the American invasion of Iraq in 2003); it has nothing to do with India’s democratic status.

• The fact that both parties in this conflict are sending senior officials to New Delhi to court India demonstrates that India is the most sought-after swing state in the modern international order, a position it has performed admirably thus far.
• Despite their combative relationship, China sees the value in reaching out to India to persuade it to continue doing business as usual, despite what it did to India in 2020.
• China sees the Ukraine conflict as an opportunity to forge some regional solidarity in order to build an anti-American world order.