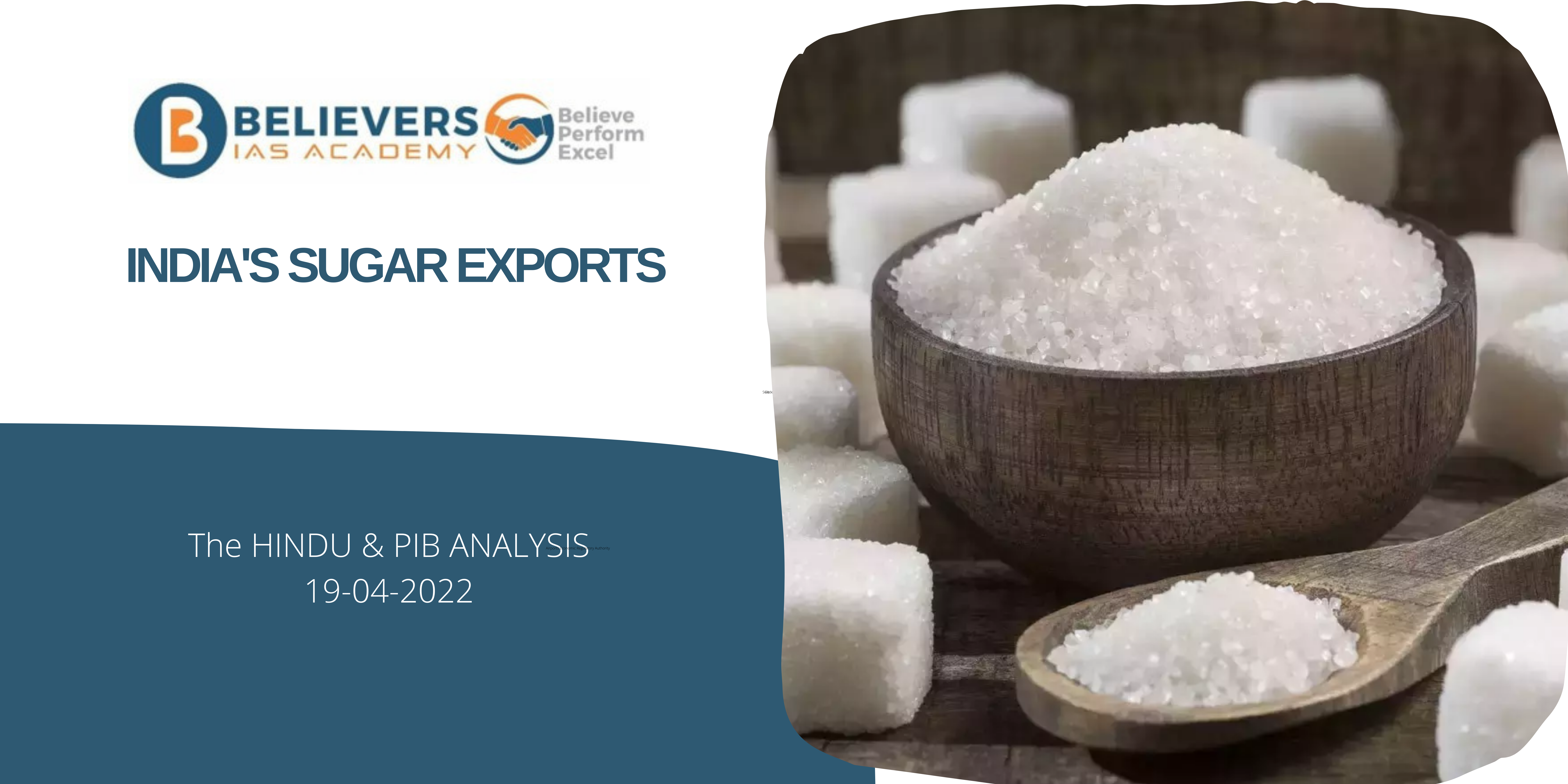 • Nearly 80% of the country’s sugar production is produced in Uttar Pradesh, Maharashtra, and Karnataka. Andhra Pradesh, Gujarat, Madhya Pradesh, Odisha, Tamil Nadu, Bihar, Haryana, and Punjab are the other main sugarcane-producing states.
• India, after Brazil, is the world’s second-largest sugar producer. India has routinely generated excess sugar since 2010-11, comfortably exceeding domestic demand.
• Sugar producers will be able to lower their stocks as a result of the record exports, and sugarcane growers will benefit as a result of the increasing demand for Indian sugar.
• The huge increase in agri-exports is also considered as evidence of the government’s intention to enhance agricultural and processed food exports to increase farmers’ income.

To know about the Sugar Industry in India:

• South India has tropical climate which is suitable for higher sucrose content giving higher yield per unit area as compared to north India.
• Sugar is a labour-intensive industry, up the entire value-chain from cane-growing to sugar and alcohol production.
• A sugar industry is source of livelihood for 50 million farmers and their families. It provides direct employment to over 5 lakh skilled laborers but also to semi-skilled laborers in sugar mills and allied industries across the nation.