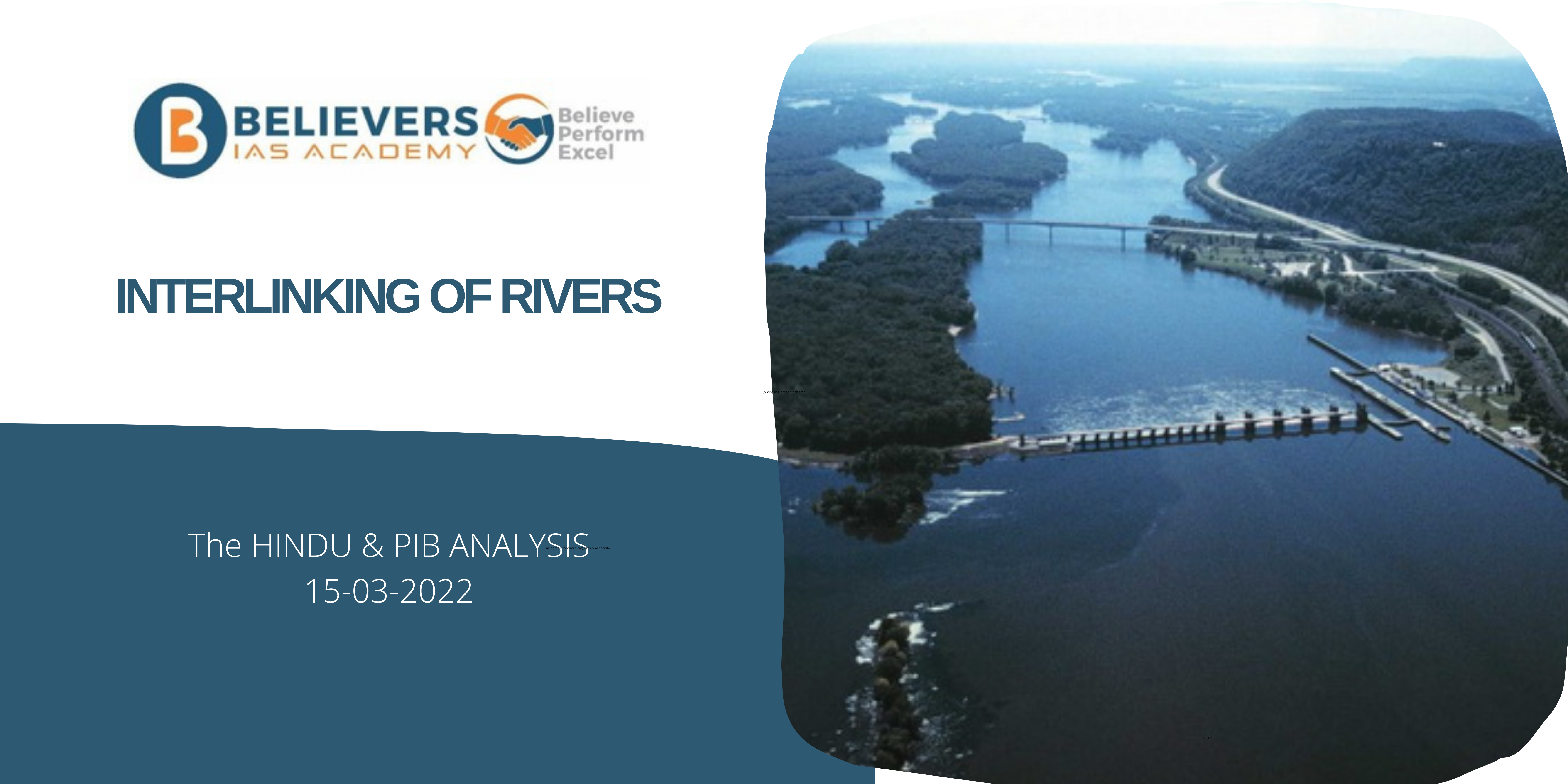 • Under the National Perspective Plan (NPP), the National Water Development Agency (NWDA) has identified 30 links (16 under Peninsular Component & 14 under Himalayan Component) for preparation of Feasibility Reports.

• Ken – Betwa project is the first Inter-linking project under NPP, which is under implementation.
• A tripartite agreement has been signed among the States of UP and MP and Central Government for implementation of Ken-Betwa Link Project in March, 2021.
• The project has been approved by the Government of India with an estimated cost of Rs. 44605 Cr at year 2020-21 price level and central support of Rs.39317 Cr through a Special Purpose Vehicle.

Impact on the environment:

• The project has been criticized on environmental grounds. It is feared that implementation might cause vast forest tracts to be submerged, disturbing wildlife, displacing communities and lifestyles and transforming water quality and microclimatic conditions, leading to consequences for public health.
• As it is, floods, erosion and seismic events have already left their mark on the region. Rivers have changed their course.
• The Teesta used to flow into the Ganga, but due to an earthquake now joins the Brahmaputra in Bangladesh.
• And now the project would also require India to enter into agreements with Nepal and Bangladesh, as these countries share the basins of the Ganga and Brahmaputra river systems.
• But both, especially Bangladesh, are apprehensive about interlinking rivers.
• Bangladesh fears vast quantities of water would be diverted from the Ganga and Brahmaputra rivers to India’s southern states, directly threatening the livelihoods of people in the country as well as its environment.
• These rivers are crucial sources of freshwater for the country. It is considering appealing to the United Nations to redraft international law on water sharing.
• Though it has not been officially informed about the project, its water resources minister Hafizuddin Ahmed says that his country would lodge a protest with New Delhi against the proposed plan and request donors not to fund it.