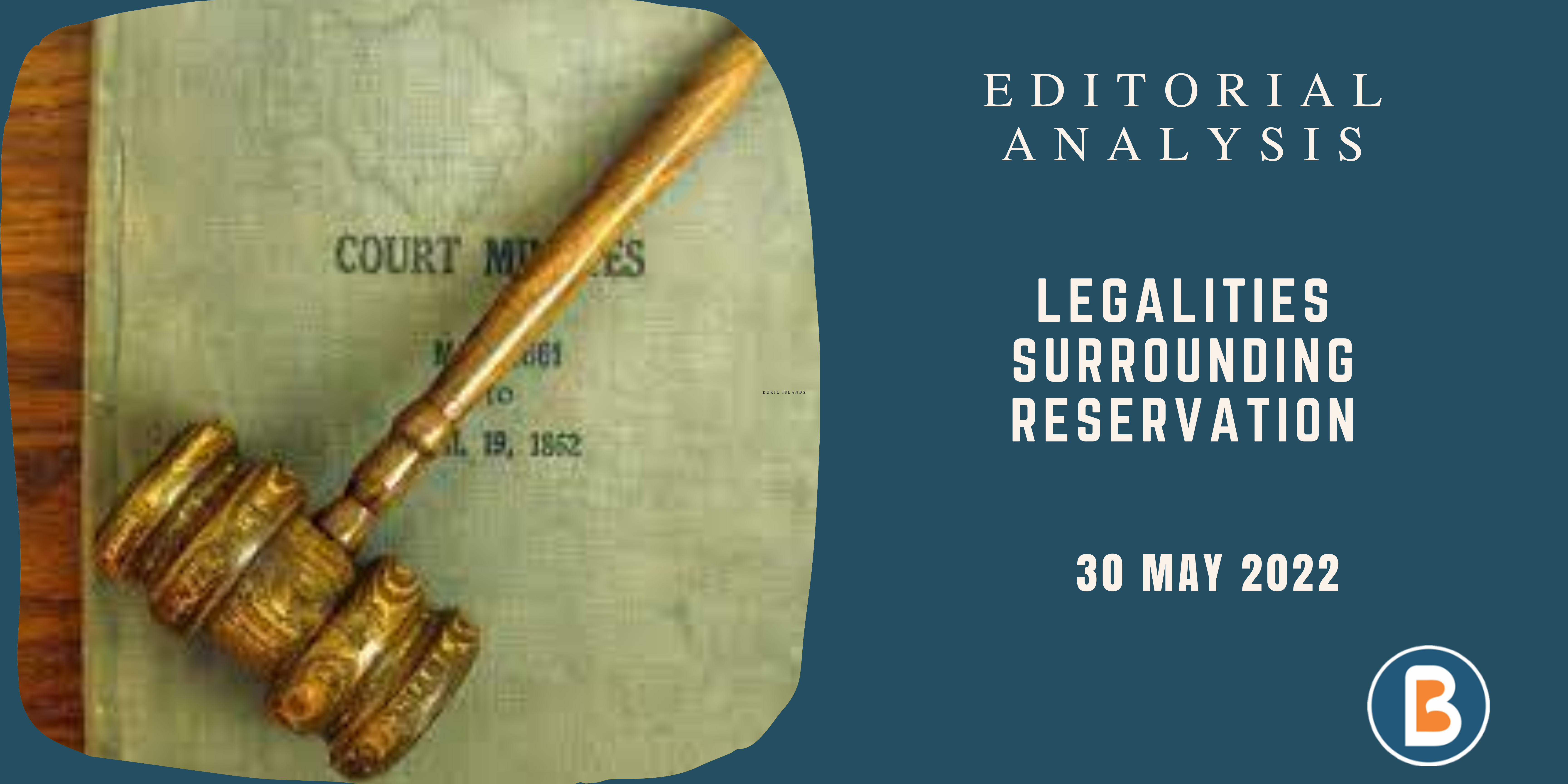 • There is always a debate on the reservation policy in India since independence, The jurisprudence of reservation relies on the symbiotic coexistence of constitutionally guaranteed equality of opportunity in public employment under Article 16 (1) of the Constitution of India.

• India as a welfare state is bound to uplift the weaker sections of the society so the constitution itself has guaranteed the right to reservation for the weaker sections as a under Art 16(4) or 16(4a).
• Eventhough the relevant clauses regarding reservation come under Part III of the constitution, the Supreme Court has time and again has reiterated that it is not a fundamental right.
• They are just the enabling provisions under Part III to provide reservation to different sections of the society.
• Also a directive principle (Art 46) also mandates to provide for reservation to weaker sections for their economic and educational upliftment.

Extension of Reservation to OBCs:

• The reservation policy which was only confined to the Scheduled Castes and Scheduled Tribes was extended to the OBCs after the recommendation of the Mandal Commission.
• The commission which recommended a 27% reservation to the OBCs was accepted and the constitutional validity was also upheld in the Indira Sawhney Judgement in 1992.
• In the above case the Supreme Court also held that the 50% ceiling must also not be breached unless any exceptional situations.
• Further, the Court directed the exclusion of creamy layer by way of horizontal division of every other backward class into creamy layer and non-creamy layer.

• It was in the Indra Sawhney Case, the Supreme Court had held that Article 16(4) of the Constitution of India does not authorise reservation in the matter of promotions.
• To overcome this the 77th Amendment Act was passed which provided that – nothing in this article shall prevent the State from making any provision for reservation in matters of promotion to any class or classes of posts in the services under the State in favour of the Scheduled Castes and the Scheduled Tribes which, in the opinion of the State, are not adequately represented in the services under the State.
• But M Nagaraj case verdict sort of pulled back reservation in promotions where it held that 1995 amendment as not vocative of basic structure of the Constitution but laid down ceratin conditions.

Question on the EWS Quota:

• The EWS Quota which provides for 10% reservation to certain sections is also under judicial scrutiny.
• The judgement of this might be significant milestone in the jurisprudence of reservation which was considered only on the basis of social backwardness and not economic backwardness.
• Similarly, in the Dr. Jaishri Laxmanrao Patil vs Chief Minister (2021) case the apex court held that the 2018 Act as amended in 2019 granting reservation for Maratha community does not make out any exceptional circumstance to exceed the ceiling limit of 50% reservation.