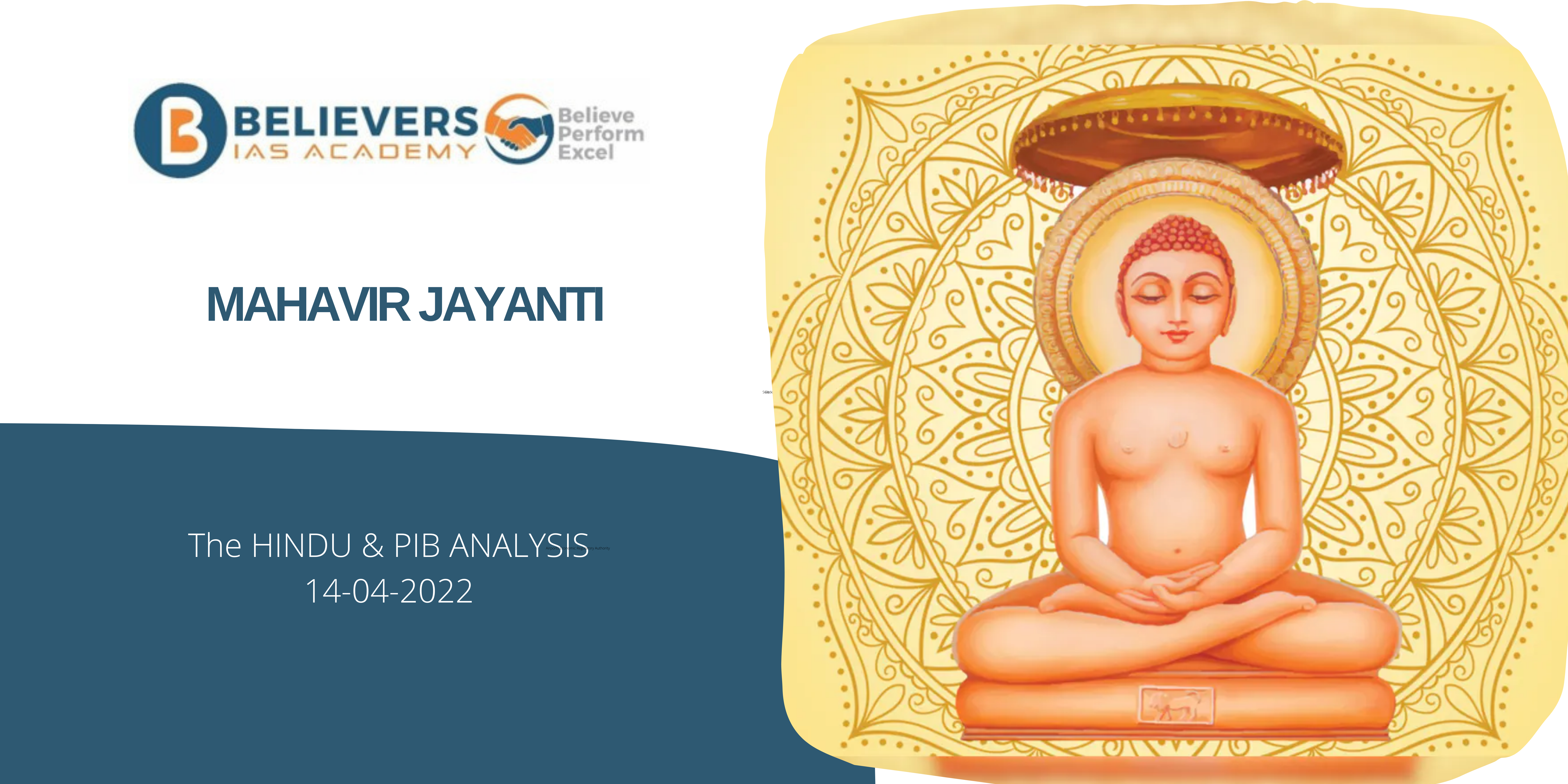 • The President of India, Shri Ram Nath Kovind in his message on the eve of Mahavir Jayanti has said: –
• “On the auspicious occasion of Mahavir Jayanti, I extend my warm greetings and best wishes to all the fellow citizens, especially the Jain community.

• Mahavira was born to King Siddhartha of Kundagrama and Queen Trishala, a Lichchhavi princess in the year 540 BC in the Vajji kingdom, identical with modern day Vaishali in Bihar.
• Mahavira belonged to the Ikshvaku dynasty.
• He abandoned worldly life at the age of 30 and attained ‘kaivalya’ or omniscience at the age of 42.
• Mahavira taught ahimsa (non-violence), Satya (truth), asteya (non-stealing), brahmacharya (chastity) and aparigraha (non-attachment) to his disciples and his teachings were called Jain Agamas.

• The Jina, also spelled Jaina, signifies ‘conqueror.’
• The Tirthankaras are a line of instructors in the Jain religion. There are 24 Tirthankaras who are linked with Jainism.
• Rishabhanath is thought to be the first Tirthankara. Vardhaman Mahavira is thought to be the last Tirthankara.
• Humans can be good or terrible, according to Jainism, based on their conduct rather than their birth.
• The Jains believe in karma and the soul’s transmigration.
• Salvation, also known as nirvana, is the state of being free of the cycle of birth and reincarnation, which can be accomplished by living a pure life guided by the three-fold path of right faith, right knowledge, and right behaviour.