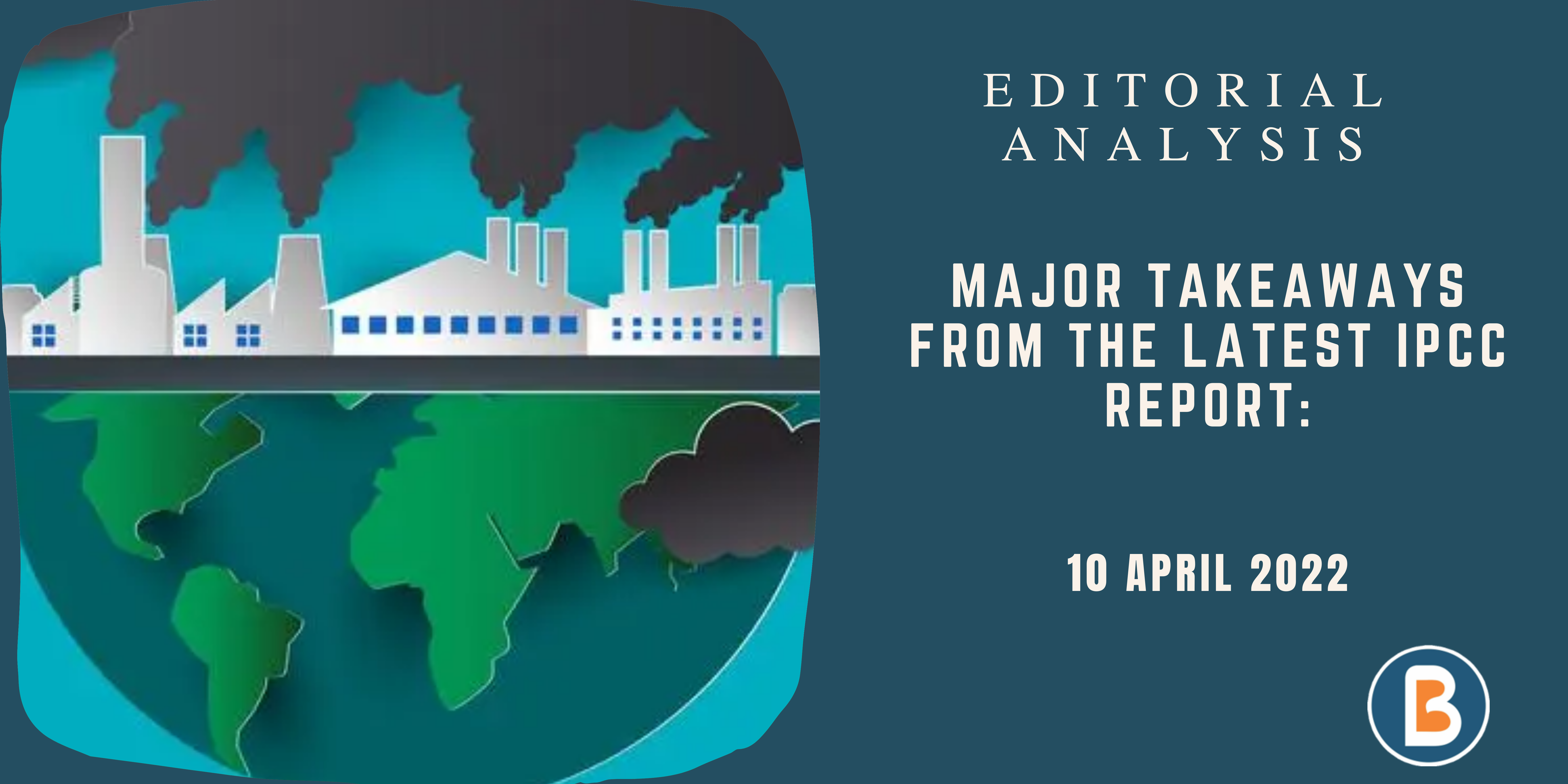 • In its latest assessment report, the Intergovernmental Panel on Climate Change (IPCC) has laid out several scenarios on the steps that ought to be taken to keep temperatures below 2°C.
• It warned that even temporarily exceeding the warming level of 1.5°C over the next two decades would mean additional severe impact, some irreversible.

• The IPCC’s Working Group III includes scientists from all across the world, including India.
• They examine the numerous interventions that can be used to keep temperature rises to a bare minimum by the end of the century.
• The organisation accomplishes this by evaluating the most reliable and up-to-date literature on the scientific, technological, environmental, economic, and social aspects of climate change mitigation.
• This group focuses on societal developments such as choices made at the annual Conference of Parties (COP), advancement on sustainable energy technology, and financial availability.

What does the latest report say?

• There is a significant rise of anthropogenic GHG (greenhouse gas) emissions since 2010–2019, they have cumulative net CO2 emissions since 1850.
• Average annual GHG emissions during 2010-2019 were higher than in any previous decade, but the rate of growth between 2010 and 2019 was lower than that between 2000 and 2009.
• By 2019, the largest growth in absolute emissions occurred in carbon dioxide from fossil fuels and industry followed by methane.
• Even if countries adhered to their promises towards reducing emissions, called Nationally Determined Contributions, warming will still exceed 1.5°C during the 21st century.

• Restricting warming to around 1.5°C requires global greenhouse gas emissions to peak before 2025 at the latest and be reduced by 43% by 2030; at the same time, methane would also need to be reduced by about a third.
• The global temperature will stabilise when carbon dioxide emissions reach net zero.

• The latest report has warned about the devastating effects of the coal based power plants which is relevant to India as according to the Central Electricity Authority, India had about 211 GW of operational coal-fired power plants — roughly 10% of global capacity.
• The report cautioned that coal-fired power plants without carbon capture and storage technology need to be replaced by 2050.
• None of the existing under construction coal-fired power plants in India have CCS facilities. India has committed to a net-zero year, or when it would cease to be a CO2 emitter, of 2070 and has defined a pathway to transition to renewable energy sources.

• India insisted on its right to coal use given its developmental needs as well underlining that the historical responsibility of climate change from fossil fuel rested with the developed countries, who needed to shoulder much of the mitigating burden.