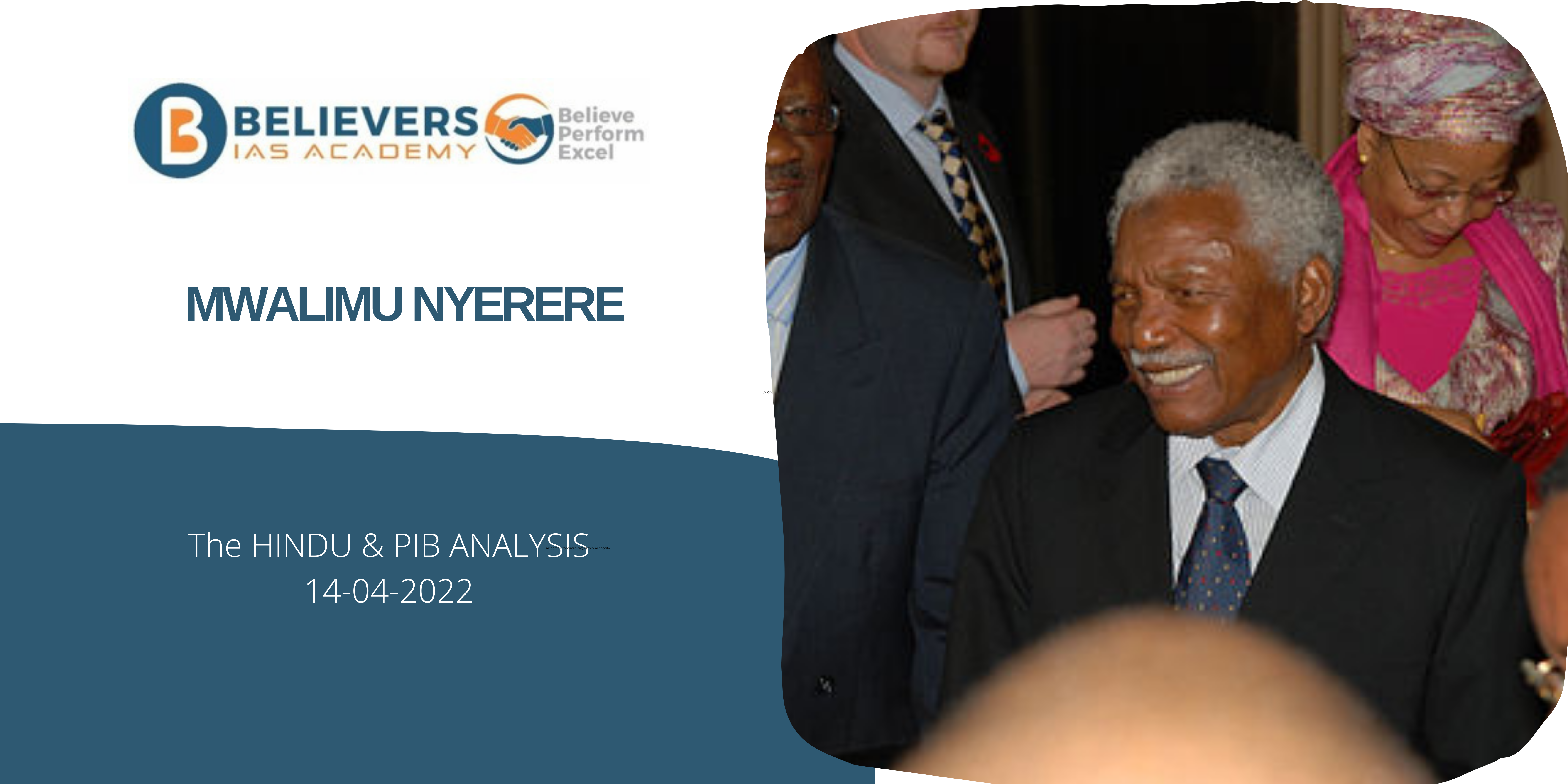 • The Prime Minister, Shri Narendra Modi has paid tributes to the great leader and friend of India, Mwalimu Nyerere on his 100th birth anniversary.
• He expressed that Mwalimu Nyerere’s principles of unity and equality are as relevant today as ever.

• He was a Tanzanian anti-colonial activist. He served as the president of Tanzania from 1964 to 1985.
• He was a founding member and chair of the Tanganyika African National Union (TANU) party, and of its successor Chama Cha Mapinduzi, from 1954 to 1990. Ideologically an African nationalist and African socialist, he promoted a political philosophy known as Ujamaa.
• In campaigning for Tanganyikan independence using non-violent methods, Nyerere was inspired by the example of Indian independence leader Mahatma Gandhi.
• In 1954, he helped form TANU, through which he campaigned for Tanganyikan independence from the British Empire.
• Influenced by the Indian independence leader Mahatma Gandhi, Nyerere preached non-violent protest to achieve this aim.
• Elected to the Legislative Council in the 1958–1959 elections, Nyerere then led TANU to victory at the 1960 general election, becoming Prime Minister.
• Negotiations with the British authorities resulted in Tanganyikan independence in 1961. In 1962, Tanganyika became a republic, with Nyerere elected its first president.