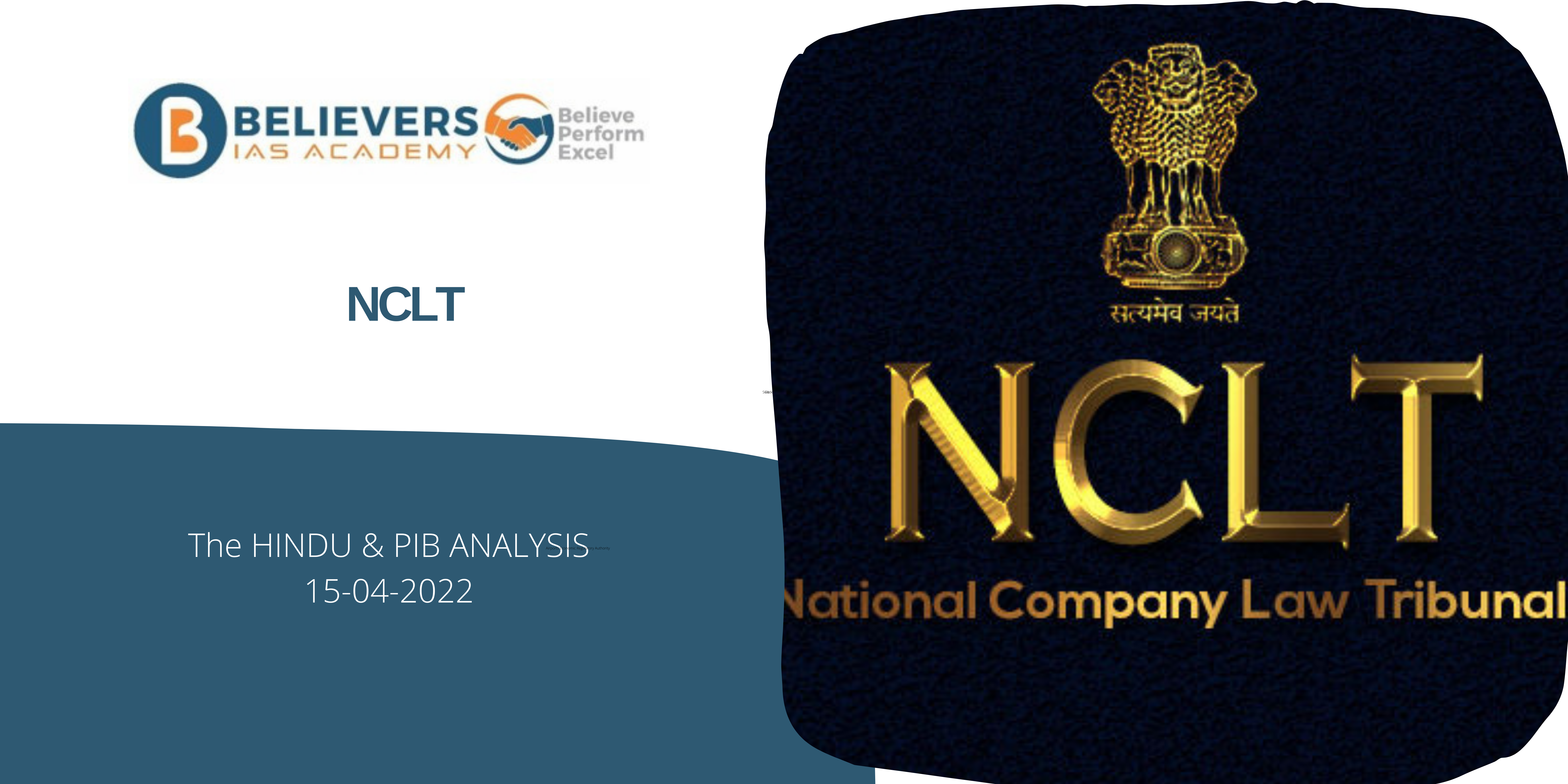 • It is a quasi-judicial body in India that adjudicates issues relating to companies in India.
• It was established on 1st June, 2016 (Companies Act, 2013).
• Formed based on the recommendations of the Justice Eradi Committee.
• It deals with matters mainly related to companies law and the insolvency law.
• Term of members: Appointments will be for five years from the date of assumption of charge or till attaining the age of 65 or until further orders.
• As of now, the Ministry of Corporate Affairs has 15 NCLT benches.
• Each Bench is headed by a President, 16 judicial members, and 9 technical members.

• The Tribunal will handle all processes under the Companies Act, including arbitration, agreements, compromises, reconstruction, and corporate wound up.
• Under the Insolvency and Bankruptcy Code of 2016, the NCLT also serves as the Adjudicating Authority for insolvency proceedings.
• No civil court will have jurisdiction over the aforementioned matters.
• Cases pending before the Board for Industrial and Financial Reconstruction (BIFR) as well as those pending under the Sick Industrial Companies (Special Provisions) Act, 1985, might be heard by the NCLT.