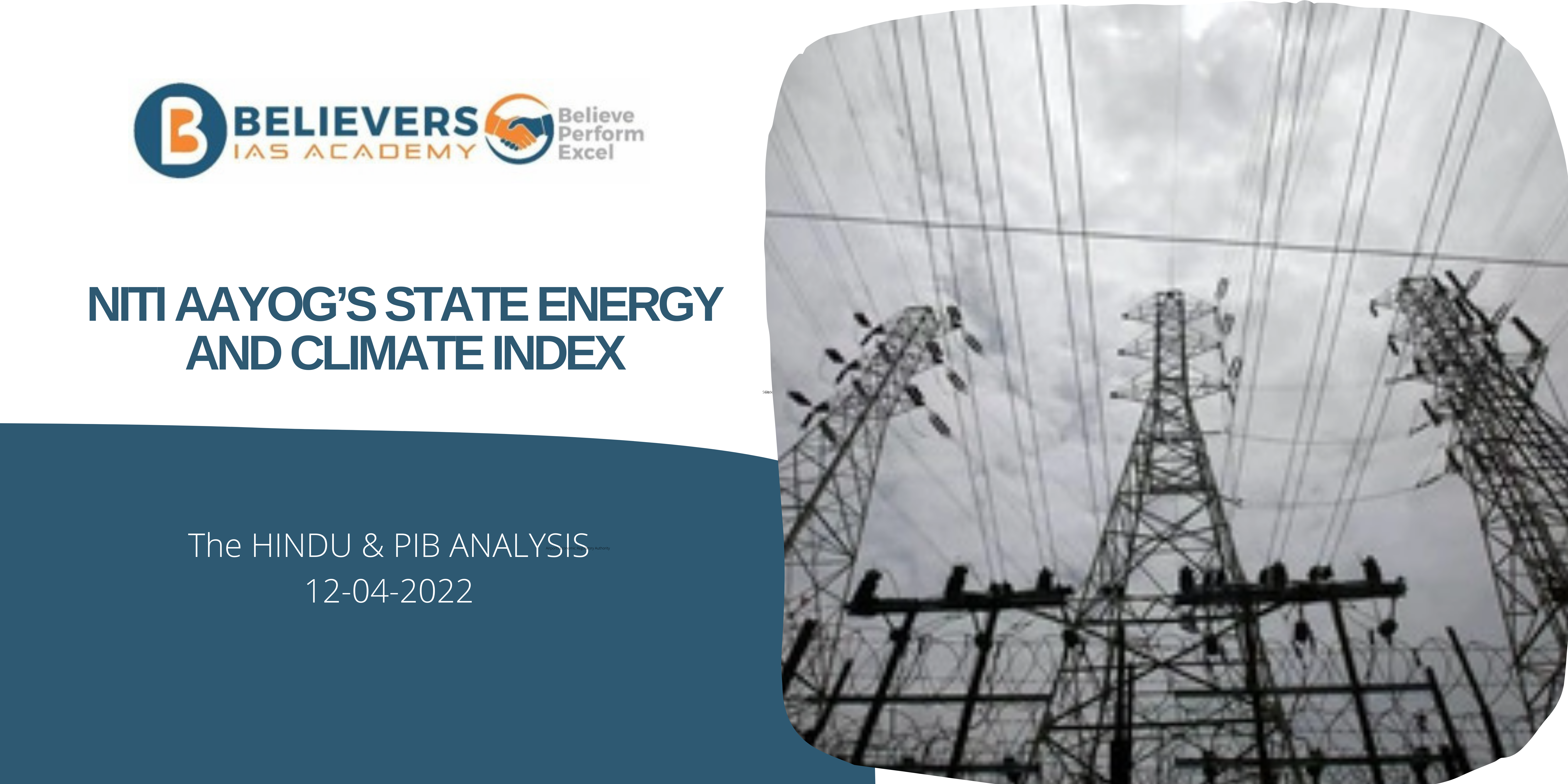 • Gujarat has topped the list for larger States in the NITI Aayog’s State Energy and Climate Index–Round 1 that has ranked States and Union Territories (UTs) on six parameters including discoms’ performance, energy efficiency and environmental sustainability.

• The States and UTs have been divided into larger and smaller categories depending on their size and geographical distinctions.
• The index is based on data from 2019-20.
• In the category of larger States, Gujarat, Kerala, and Punjab were the top three performers, while Jharkhand, Madhya Pradesh, and Chhattisgarh were the lowest three.
• In the smaller States category, Goa came out on top, followed by Tripura and Manipur. Chandigarh, Delhi, and Daman & Diu/Dadra & Nagar Haveli are the best-performing UTs in the country.

• The State Energy and Climate Index (SECI) is the first index that intends to track the climate and energy efforts made by states and UTs.
• These metrics were developed with India’s climate change and sustainable energy transition goals in mind.
• According to the report, the SECI is the first step on a journey that will allow states to examine and benchmark themselves on a variety of characteristics. For example, Tamil Nadu and Maharashtra have performed well in terms of energy efficiency, whereas two minor UTs — D&D and D&N — have performed well in terms of Discom performance.
• The report noted that data for a few indicators is not available for a few States, which has impacted the overall ranking of the States, and that data update and validation are needed.