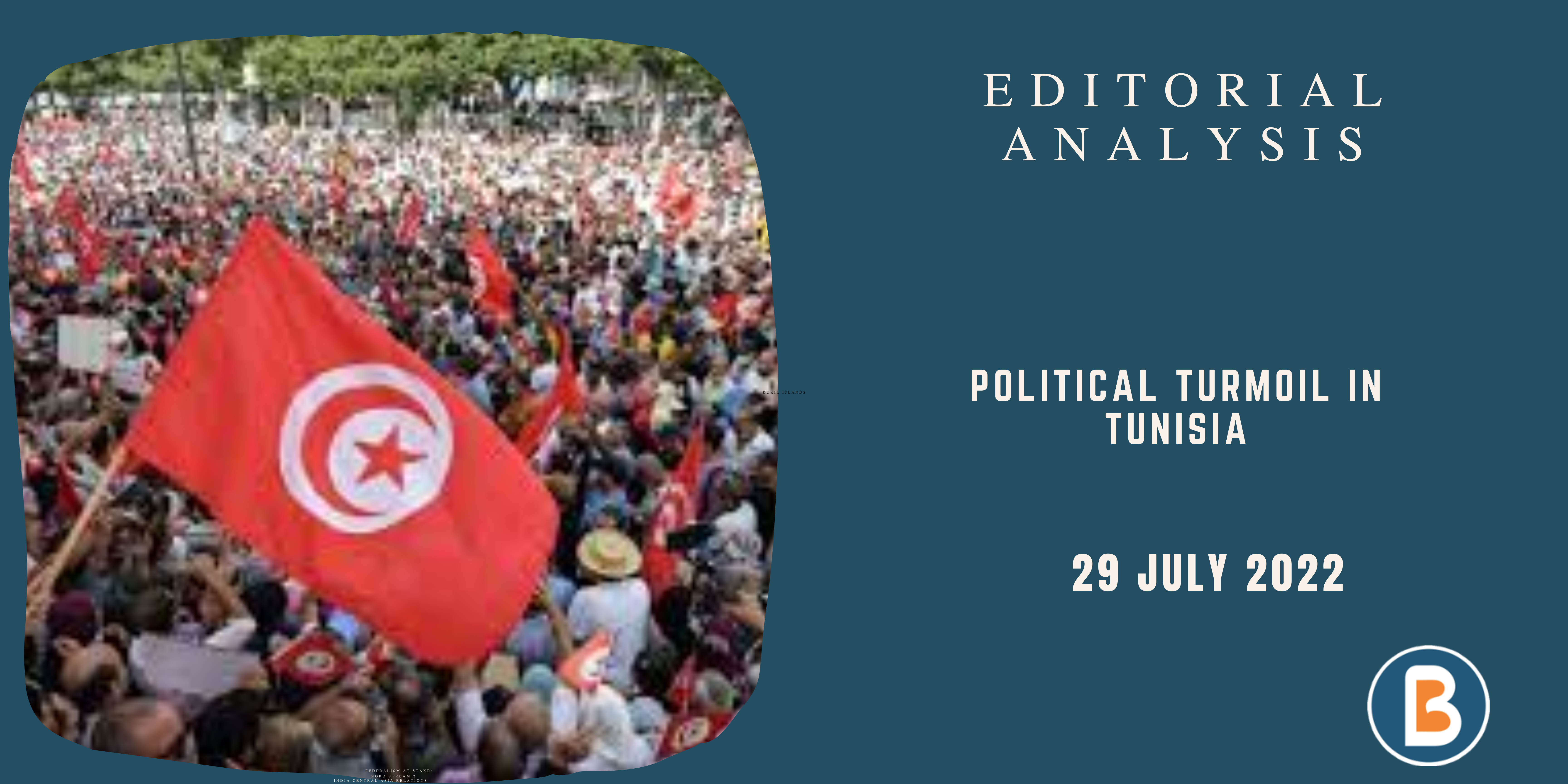 • Tunisian voters have approved a new Constitution that would turn the country back into a presidential system, institutionalising the one-man reign of President Kais Saied, who suspended the elected Parliament and awarded more powers to himself last year.

Background of the Arab Spring:

• The Arab States which saw popular protests against the dictatorship regimes in 2011, Tunisia was the one state which saw a successful transition to democracy.
• This movement spread to other countries as well, which also saw massive protests against the authorities.
• This countries included Egypt, Libya, Bahrain, Yemen and Syria.
• In Libya the protests was so severe that it led to a civil war against the Gaddhafi government, which was later intervened by NATO through military means.
• Similarly violent and military interventions have happened in different countries, in Bahrain which is a Shia majority country was ruled by Sunni Monarchy, this was toppled with the aid of Saudi Arabia.
• In case of Syria, the protests turned into a proxy civil war which was supported by Assad’s enemies, his allies included Iran, Russia and Hezbollah.
• So, it was only in the case of Tunisia, the country saw a peaceful transition towards democracy.

• The 2014 Constitution put in place a mixed parliamentary and presidential system. Both the President and Parliament were directly elected by the voters.
• The power was shared between the two offices, President looked after the military and foreign affairs and the Prime Minister was in charge of the day-to-day affairs.
• In the elections which was held, the Islamist Ennahda party assumed power which was politically and ideologically aligned with the views of Islamist Muslim Brotherhood movement.
• There was unstable governance with economy tripling down and health crisis which fell to the rock bottom.
• This led to massive unrest which led to Mr. Saied moving in and suspending Parliament.
• This allowed the President a free hand to rule the country by decrees. He declared a state of emergency, appointed a Prime Minister to run the government, dissolved the suspended Parliament earlier this year while simultaneously moving to rewrite the Constitution, awarding himself more powers.