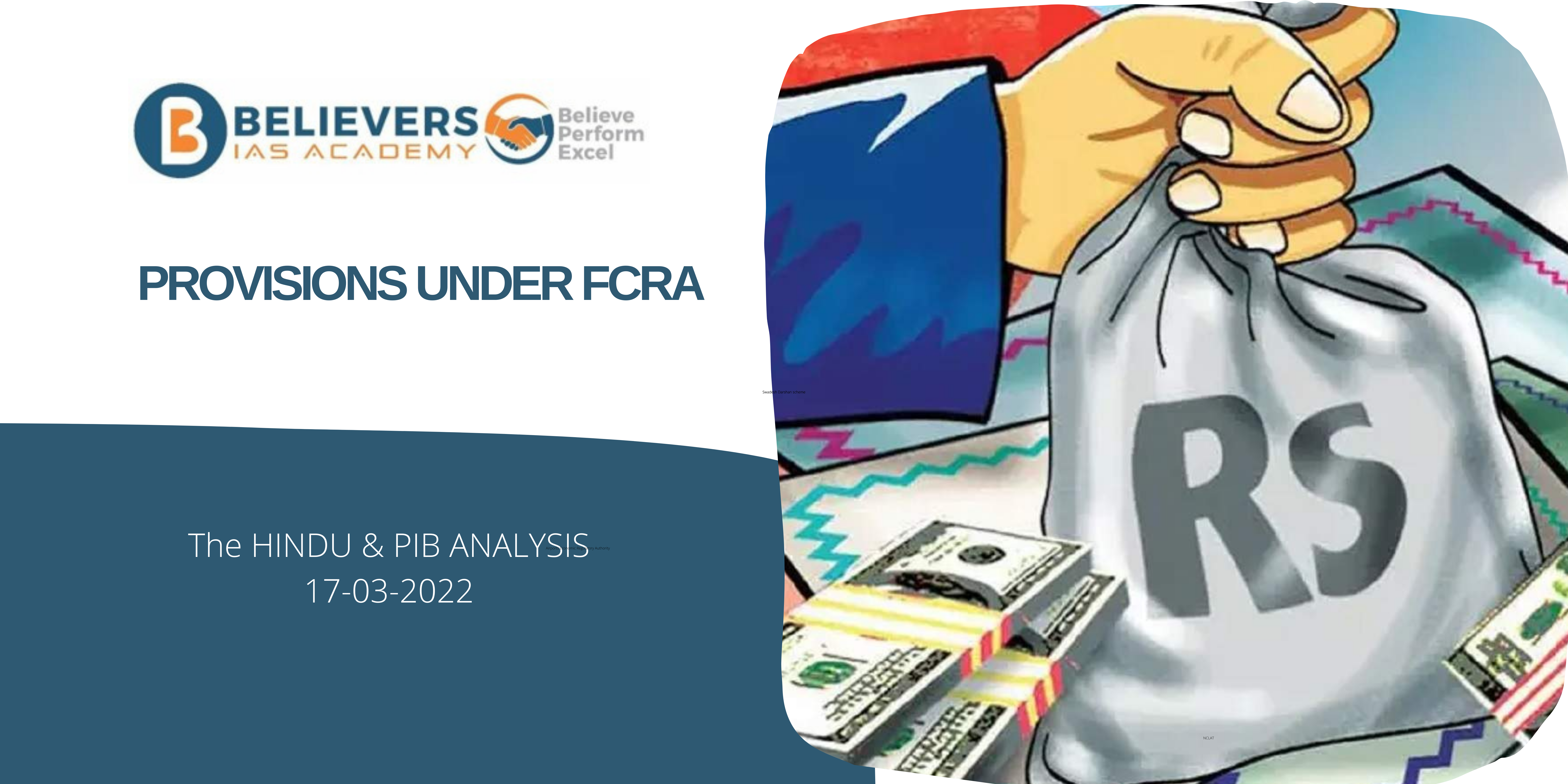 • The Union Home Ministry has placed the U.S.- based Hewlett Foundation on its watchlist following an investigation that foreign contributions it sent were being used for climate awareness campaigns, an activity not permissible under the FCRA [Foreign Contribution (Regulation) Act]
• U.S.-based donor was placed under the “Prior Reference Category (PRC)” under provisions of the FCRA after it emerged that the body also sent funds through the European Climate Foundation (ECF)

• FCRA stands for foreign contribution regulation Act. This is an act of Parliament that was enacted in 1976 and amended in 2010. The main purpose of this act is to regulate foreign donations and ensure that it has nothing to do with threats to internal security.
• This rule applies to all individuals, organizations, associations, groups, or NGOs that are receiving or are expecting to receive foreign donations.
• The main aim of this act was to regulate the utilization of foreign contributions by individuals or associations.
• Ensure that there is no potential threat to their internal security and also to maintain the sovereignty of India.
• This act maintains strict control over the organization and associations that were receiving foreign funding.
Amendment in 2020:
• Under this act, certain persons were prohibited from accepting foreign contributions. This includes election candidates, editor and publisher of the newspaper, judges, government servants, legislature members, political parties, and many more.
• The bill required that this foreign contribution cannot be transferred to another person. Only those people can accept transfers of foreign contributions that are registered under FCRA.
• This implies that any person can accept foreign contributions if they have obtained the certificate of registration from the central government or are not registered but have the permission of the government.
• Any person who is seeking registration for permission to receive foreign contributions must submit an application to the central government in the prescribed rules. Moreover, they have to provide Aadhaar number of all official directors and key functionaries.
• Moreover, this act implies that a person should only accept foreign contributions in a single branch of a scheduled bank.
• We can open more than one account for the utilization of the contribution but they can only receive foreign contributions in the specified Bank.
• This bank account will be designated as an FCRA account. Moreover, the person can not submit any other refund in that Bank account. To transfer the foreign contribution for its utilization they have to open another FCRA account.
• Under this bill every person who has been registered in the certificate of registration must renew their certificate after the completion of 5 years.